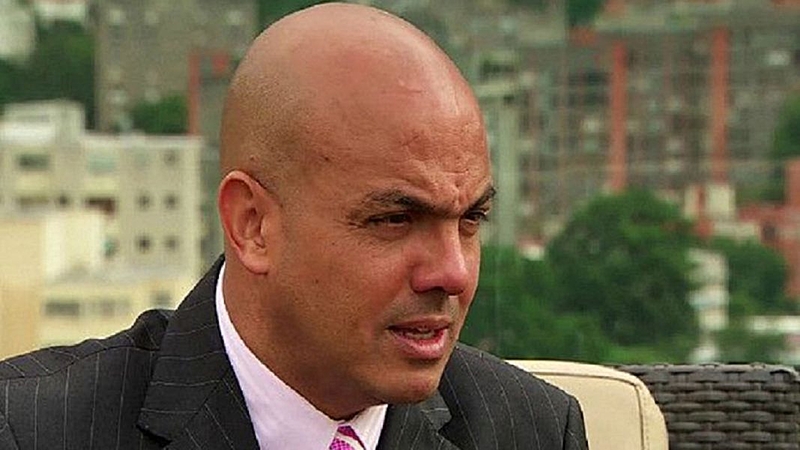 The former Venezuelan soldier also would have participated in the coordination of the assassination attempt against Nicolás Maduro in 2018.

This Thursday March 26, the former major-general of the National Bolivarian Armed Forces (FANB) Clíver Alcalá Cordones gave an interview and published a series of videos on his Twitter account revealing a plan to assassinate the president Nicolás Maduro. The plan, he alleged, was elaborated by him and opposition deputy Juan Guaidó as well as advisors of the United States government.

Alcalá – opposed to Chavismo since 2013 -, is one of the 13 Venezuelan citizens accused by the Attorney General of the United States, William Barr, for supposed crimes of narco-trafficking, money laundering and trafficking of arms. The denouncement was presented on Thursday by the US Department of Justice and included, in the same text, the names of other authorities of the Bolivarian government, such as President Nicolás Maduro, the president of the National Constituent Assembly, Diosdado Cabello and the president of the Supreme Court, Maikel Moreno.

Despite not having presented any proof, the Department of Justice of the US offered a reward of US$10 million for the arrest of Clíver Alcalá, Diosdado Cabello, Hugo Carvajal, former director of intelligence of the FANB and Tarek El Aisami, vice-president of Economy of Venezuela.

During a national broadcast on Thursday night, Maduro denied the accusations. “The government of Donald Trump itself is who will be hurt by this situation. We have 15 years of experience of combating narco-trafficking, since we expelled the DEA (Drug Enforcement Administration of the US) from here.”

On Wednesday March 25, the Venezuelan government had denounced the seizure of a vehicle with 26 AR-15 rifles, manufactured in the US and without serial numbers, 28 night goggles, and silencers. Weapons that, altogether, cost around US$500 thousand and were found in a truck on the highway that connected Barranquilla to Santa Marta, in Colombia.

The driver of the vehicle confirmed that he was transporting the arms from Barranquilla to the city of Riohacha, located around 80 km from the border with Venezuela. The weapons would have been turned into ‘Pantera,’ the nickname of Robert Colina Ibarra, supposed leader of one of the paramilitary training camps, where the son-in-law of Alcalá, was allegedly training for the assassination attempt against Maduro.

According to the vice-president of Communication Jorge Rodriguéz, paramilitary groups are being trained in Colombian territory. Venezuelan intelligence had already identified, with drones, last year, the existence of at least three paramilitary training camps in Colombia.

During an interview with W Radio, former soldier Clíver Alcalá Cordones highlighted that the operation was being planned by the Venezuelan opposition, without participation of the Colombian government. He explained that he coordinated a group of 90 officials and that he had participated in seven meetings with US advisors along with Juan José Rendón Delgado, known as JJ Rendón, Venezuelan businessman and resident in the United States.

Alcalá also confirmed the version of the Venezuelan government about the arms seized in Colombia. “The weapons that were found in Colombia belonged to the Venezuelan people. All of this was in an agreement signed by president Guaidó, Mr. JJ Rendón, Mr. Vergara. We are working on a plan to free Venezuela. We agreed in a meeting with US advisors, to eliminate, in a surgical way, the criminal objectives that generate disaster in our country.”

Vice-president of Communications in Venezuela Jorge Rodriguéz stated that he does not believe the affirmation by Iván Duque that he supposedly knew nothing about the plans. According to Rodriguéz, Venezuela had already denounced, on more than one occasion, the presence of paramilitary training camps with Venezuelan citizens in Colombian territory.

“We have information, from people infiltrated in Colombian intelligence, that this type of situation occurs frequently,” affirmed the Venezuelan minister.

Alcalá said that he decided to share the assassination plans after receiving the news that he had been included in the list of indictments of the US Department of Justice and for having received information that he could be the target of a new “false positive” case. “We had everything prepared, but there were infiltrators within the heart of the opposition. The opposition that wants to continue cohabitating with the government of Nicolás Maduro.”

“Why did it fail? Because we made these plans fail. This was a victory of the stability and peace of Venezuela,” assured Maduro during the press conference.

The Venezuelan government affirms that three weeks ago it had already identified three paramilitary training camps in the city of Riohacha and that, 48 hours ago, the Colombian President Iván Duque had authorized an arrest warrant for the former Venezuelan soldier for illegal weapon possession.

Still according to the military intelligence services of Venezuela, part of the group led by Alcalá also participated in the attempted magnicide against President Nicolás Maduro, in August 2018.

Who is Clíver Alcalá?

He was a major general of the Venezuelan army during the government of former president Hugo Chávez. He was part of the first military uprising led by Chávez in February 1992. In 2002, after the coup d’état against Commander Chávez, he led the reformation of the Metropolitan Police of Caracas, who played a fundamental role in the kidnapping of the former president.

He left the National Bolivarian Armed Forces in 2013 and Chavismo, after the death of the ex-president. He immediately joined the opposition movement against the government of Nicolás Maduro. In 2016, he collaborated with the movement that demanded a referendum to annul the presidential mandate of Maduro.

He has lived in Barranquilla for the last two years and was accused more than once of narco-trafficking.

In response to the revelations, the Attorney General of Venezuela, Tarek William Saab announced that the Public Ministry of Venezuela will open an investigation of Juan Guaidó, Clíver Alcalá and other Venezuelan citizens involved in the coup plan.

The chief of the Venezuelan state, Nicolás Maduro guaranteed that all of the people involved will be arrested. “The FANB is ready for combat. For anything that is needed. We are for peace, but we are warriors. You have to be extremely miserable to put a coup plan in practice in the current situation. We are prepared. If one day the imperialists or the Colombian oligarchy decide to touch a strand of our hair, they will have to deal with the Bolivarian fury.”