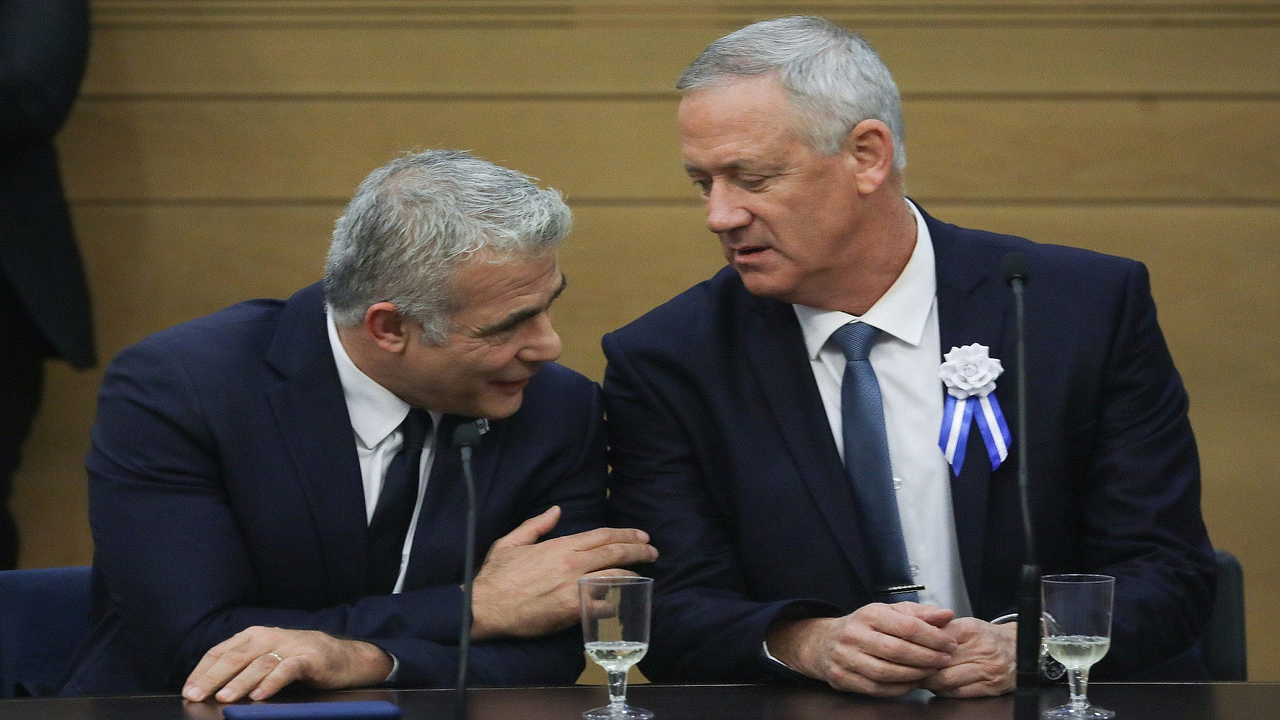 Benny Gantz (right) will most likely be a cabinet minister in the Netanyahu-led national unity government.

In a surprise development, Benny Gantz, the leader of the opposition Blue and White coalition in Israel, is set to join his arch rival prime minister Benjamin Netanyahu of the Likud party to form a national government. The new government is likely to see Netanyahu become the prime minister for a period of three years, followed by Gantz. This decision by Gantz has split the Blue and White alliance which had emerged a major challenger to the Likud party.

The first stage of this partnership saw Gantz being elected as the speaker of the Israeli parliament on March 26, Thursday. Out of 92 members present for the vote in the 120-member Knesset, 74 voted in favor of his candidacy while 18 voted against. Some members of the Knesset did not attend the vote.

Israel conducted its third general elections within a span of a year on March 2. These elections were inconclusive, much like the previous two rounds held in April and September 2019, with no party or coalition getting the required majority of 61 seats. Gantz, who heads the Israel Resilience Party, had earlier refused prime minister Benjamin Netanyahu’s call for a national unity government. Instead he was able to get the support of 61 members of the Knesset, with the aid of the Arab Joint List (15 seats), Yisrael Beitneu (7 seats) led by Avigdor Liberman, and left and liberal parties (6 seats).

However, Thursday’s developments show that Gantz is no longer interested in forming the government. Though no details are yet out, it is being speculated that most likely, there is an agreement between Netanyahu and Gantz to form a unity government with the two taking turns to occupy the post of the prime minister. Gantz’s election as speaker is a temporary arrangement, and he is expected to join a Netanyahu-led cabinet. With the deal, Gantz has also defied his partner Yair Lapid, who heads the Yesh Atid party, and Moshe Ya’alon (Telem), virtually breaking the year-old Blue and White alliance.

According to Times of Israel, the proposed rotation between Netanyahu and Gantz is one of the unlikeliest scenarios in Israeli politics, given the former’s track record.

Gantz’ political U-turn now has him in the same boat as the religious orthodox parties in Netanyahu’s Likud-led alliance. He has also joined Netanyahu despite the corruption cases against the prime minister still being on. Gantz’s willingness to overlook his earlier concerns about the corruption cases may be a reflection of his reluctance to form any government with the support of the Arab Joint List, which is anti-Zionist and in favor of a two-state solution for Palestine.

Gantz, like Netanyahu, believes that there cannot be an independent Palestinian state based on the 1967 borders. He has always taken credit for the bombing of Gaza in 2010, when he was the head of the Israeli army. During the election campaigns, he maintained that he would never take the support of the Arab parties. The formation of the national unity government is likely to see a continuation of Netanyahu’s oppressive policies against Palestinians.

Joining hands with Arab parties would have been a greater ideological compromise for Gantz than the agreement with Netanyahu, with whom he has worked earlier on several occasions.

Meanwhile, Gantz has tried to justify his move by calling it the need of the hour, in order to avoid another election in the country at “such a challenging time” of the COVID-19 outbreak. Israel has more than 2,600 reported cases of COVID-19, with nine deaths so far.