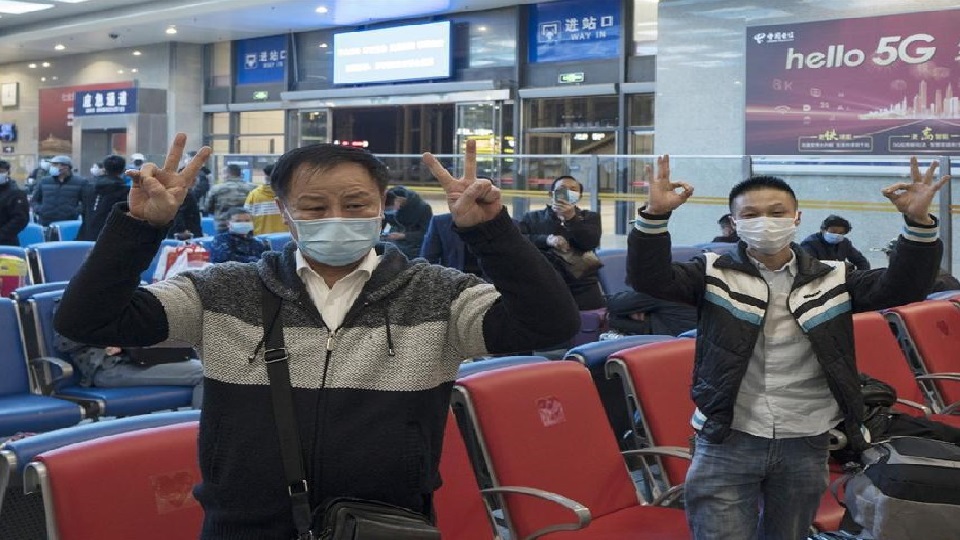 Passengers wait for the first train to leave Wuhan after the declaration of lockdown, at Wuchang railway station. (Photo: Xinhua)

China lifted the 76-day lockdown of Wuhan city in Hubei province on April 8, Wednesday. Wuhan reported the first recorded case of the novel coronavirus infection last December, and was under lockdown since January 23.

The strict lockdown was imposed by officials as a step to curb the spread of the virus after the number of COVID-19 cases surged significantly in January. All commercial activity was halted and public transport suspended. People were not allowed to go out, with exemptions for essential services. Later, even essential services were provided at the doorstep in order to minimize the movement of people.

China also built two temporary hospitals in the city within 10 days after the number of cases increased exponentially. Wuhan city alone registered around 50,000 cases out of China’s more than 80,000 infections. Over 2,500 deaths have been recorded in Wuhan, out of China’s total 3,212 so far. Around 95% of those infected in the city have since recovered and been discharged. Wuhan is home to more than 11 million people.

When the lockdown was imposed, the World Health Organization (WHO) called it an unprecedented step, but unnecessary. Similar lockdowns have been replicated almost all over the world to maintain social distancing in order to break the chain of COVID-19 spread.

Restrictions on the movement of people inside the city are now being gradually lifted. However, precautions are still in place. Officials have disinfected most public places, including inside trains, and all passengers are screened before they are allowed to travel. Health check-ups are also conducted at checkpoints and at public places.

Officials in the city recorded a huge surge in outbound traffic as people move out to their hometowns in different parts of the country. These numbers are expected to go up in the next few days.