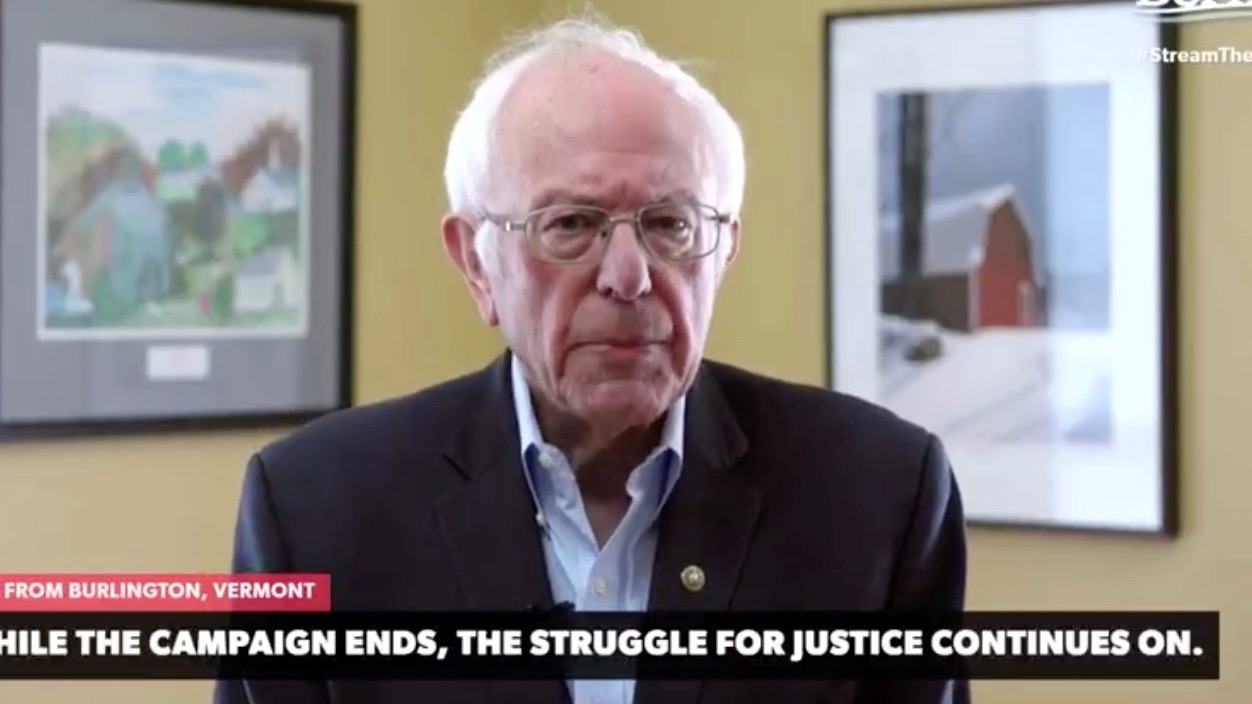 Bernie Sanders addresses his supporters as he announces the suspension of his campaign. (Photo: Bernie Sanders/Twitter)

On April 8, Wednesday, progressive presidential candidate for the US Democratic Party Bernie Sanders announced the suspension of his campaign for the party nomination. Sanders bowing out leaves former vice-president Joe Biden as the only remaining candidate in the race for the nomination.

In a live address over different social media platforms, Sanders told his supporters, “I wish I could give you better news, but I think you know the truth… So while we are winning the ideological battle, and while we are winning the support of so many young people and working people throughout the country, I have concluded that this battle for Democratic nomination will not be successful.”

Sanders also pointed to the necessity of suspending his campaign in view of the coronavirus outbreak in the US, which has nearly 435,000 infections reported so far. He raised concerns about the high likelihood of interference in efforts to contain the virus spread if he were to continue his campaign.

“As I see the crisis gripping the nation, exacerbated by a president unwilling or unable to provide any kind of credible leadership and the work that needs to be done to protect people in this most desperate hour, I can not in good conscience continue to mount a campaign that cannot win,” said Sanders.

Sanders affirmed that he will remain in the ballot for the nomination and will continue to retain the delegates he has received so far in the various State primaries. He will also continue to gather delegates for the Democratic National Convention, originally set to be held in July, but now postponed to August due to the rising number of COVID-19 cases in the US.

The US Senator from Vermont is currently working to push for policy measures in the Congress to mitigate the coronavirus crisis in the US. He earlier led a campaign for a USD 2 trillion package, which was partially successful as many of his suggestions were passed by both houses of the Congress.

Biden, a favorite of the party’s elite leadership, emerged as the leading candidate after a series of victories in several key States in the month of March. Until then, the Sanders campaign had a veritable lead over other candidates.

But by the time of the marathon run of primaries called Super Tuesdays, centrist candidates and even the progressive-leaning candidate, Elizabeth Warren, suspended their campaigns and endorsed Biden, consolidating the party establishment’s support behind him. The party establishment has continued to back Biden in the aftermath of sexual assault allegations being leveled against him. 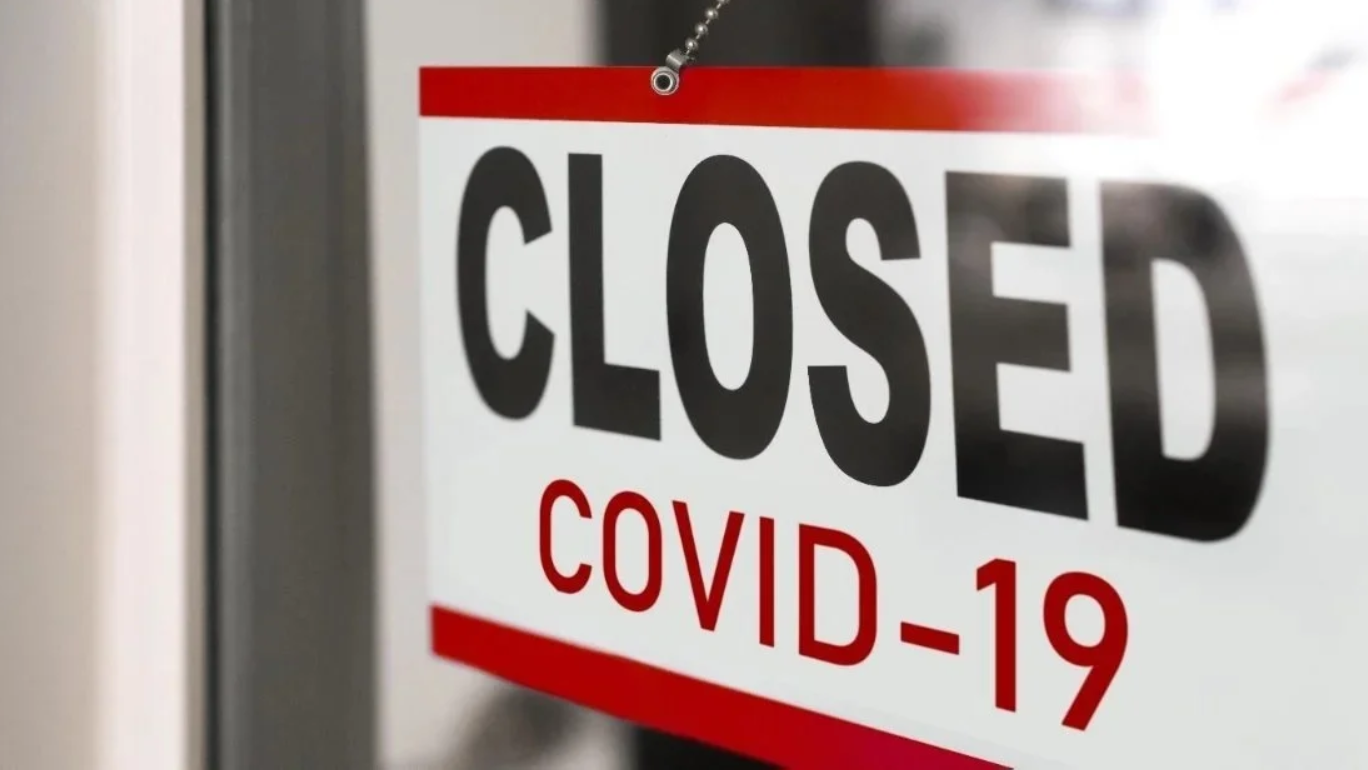 CoronaShock: The greatest crisis in the history of capitalism 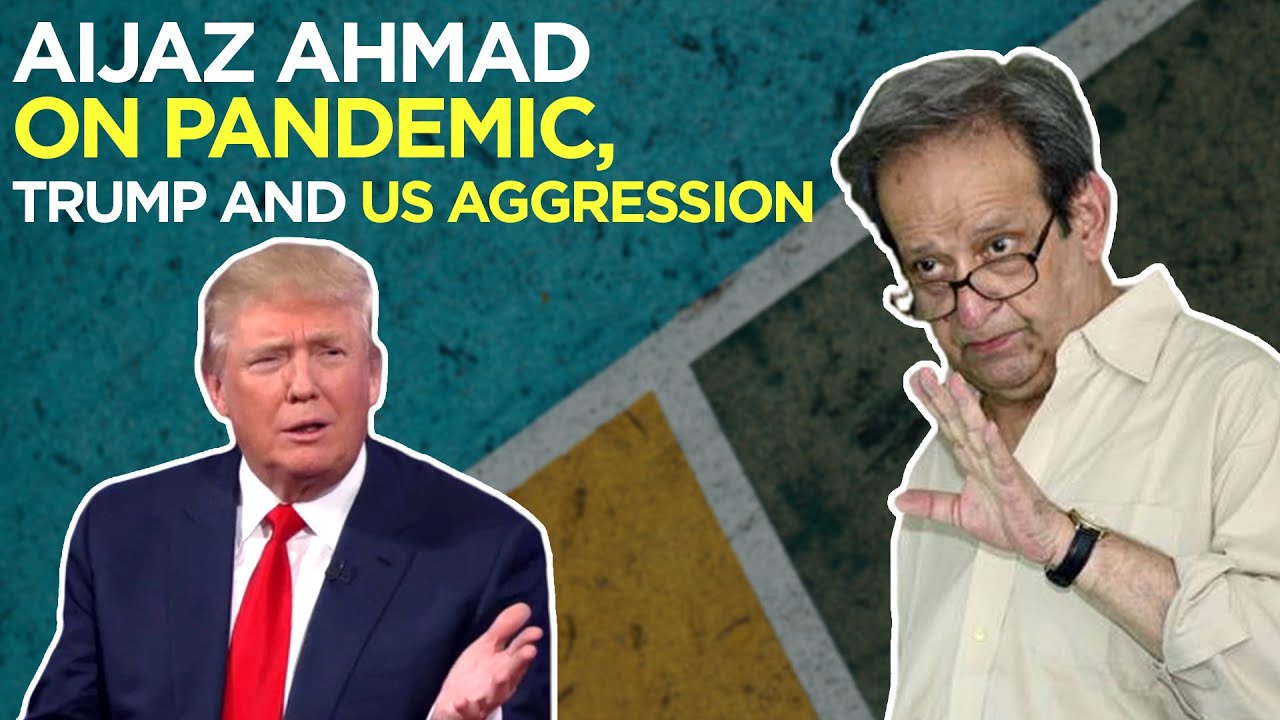 “Trump is making war on the American people”