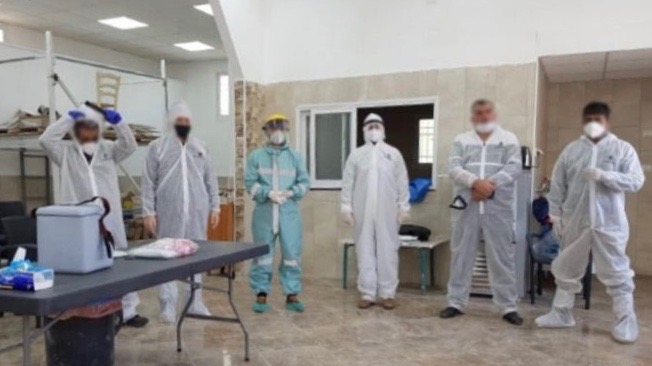 Israeli police on April 14, Tuesday, raided and shut down a health clinic which offered COVID-19 testing facilities to Palestinian residents of the Silwan neighborhood in occupied East Jerusalem. The clinic was set up by Palestinian activists and neighborhood organizers in collaboration with the Palestinian Authority (PA) as measure to contain the novel coronavirus spread.

The makeshift clinic was established in one of the halls of a local mosque. At the time of the Israeli police raid on Tuesday night, it was closed due to the end-of-Passover curfew. The police also arrested four activists who helped set up the clinic.

According to one of the managers, the clinic was set up because there was an acute shortage of testing kits in Silwan, where 40 cases have already been confirmed. The overcrowded conditions in the area also increase the risk of spread of the virus.

Israeli authorities have claimed the clinic was shut down in order to prevent any governmental activity by the PA in occupied East Jerusalem. Any tests done at the Silwan clinic were to be taken to the occupied West Bank and processed there by PA health officials, according to the Israelis.

316 cases of COVID-19 have been confirmed in the occupied West Bank along with 13 in besieged Gaza. International human rights and health organizations have expressed concern regarding the lack of adequate preparedness to meet an outbreak which could spell disaster in both territories. Palestinians are already suffering from strained public health systems under the brutal Israeli occupation spanning over 70 years, as well as a crippling land, air and sea blockade of Gaza since 2006.