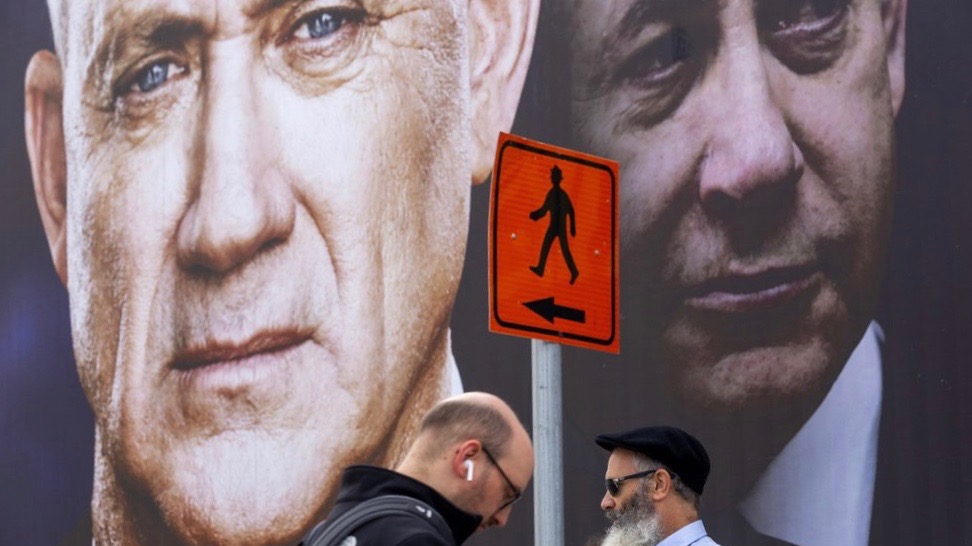 Israel’s year-long political crisis seems to have come to an end in a predictable manner with former allies Benjamin Netanyahu and Benny Gantz burying their supposed differences and reaching an agreement to form a ‘national emergency’ government. Unsurprisingly, the duo also agreed that Israel’s annexation of the Jordan Valley and illegal settlements would continue.

The agreement on April 20, Monday, was reached after intense negotiations over who would get what post in the cabinet, marking a definite conclusion to Gantz’s claim of seeking to overthrow Netanyahu, which led to three rounds of elections in the country

As per the agreement, Netanyahu will serve as the Israeli prime minister for the first one-and-a-half years, followed by Gantz for an equal period of time. The new government will serve in an ‘emergency role’ for the first six months in view of the ongoing COVID-19 crisis. Plans for a longer term unity government are also in the pipeline.

Gantz will serve as Israel’s defense minister during Netanyahu’s tenure as prime minister. Gantz’s Blue and White party will also get key cabinet portfolios, including the important foreign affairs ministry. Netanyahu’s Likud party is to be allotted an equal number of portfolios.

The agreement also stipulates that the unity government will not introduce any new laws not related to the pandemic in the first six months of emergency rule. As of April 21, Israel had recorded 13,883 confirmed novel coronavirus cases, resulting in more than 170 deaths.

However, plans to continue and extend the illegal occupation of Palestinian lands remain intact. Netanyahu intends to go ahead, beginning from July 1, with the annexation of the occupied Jordan valley and thousands illegal Israeli Jewish settlements built on Palestinian land which is part of a future Palestinian state in a two-state solution.

This annexation plan has been openly supported by the US administration of president Donald Trump.  The plan is in violation of international law as an occupying power cannot build and transfer its own population on occupied territories. Gantz has in the past opposed the plan, only because, according to him, the planned annexation would require broader international support.

Meanwhile, news of the unity government formation is being met with caution and concern by Palestinian leaders and government officials. Hanan Ashrawi, a senior Palestine Liberation Organisation official, said that Palestinians can expect “very serious, challenging days”, adding that “this is extremely dangerous not just for Palestine, for Israel, for the region, but for the world.” Palestinian prime minister, Mohammed Shtayyeh warned, “The formation of an Israeli annexation government means ending the two-state solution and the dismantling of the rights of the people of Palestine.”