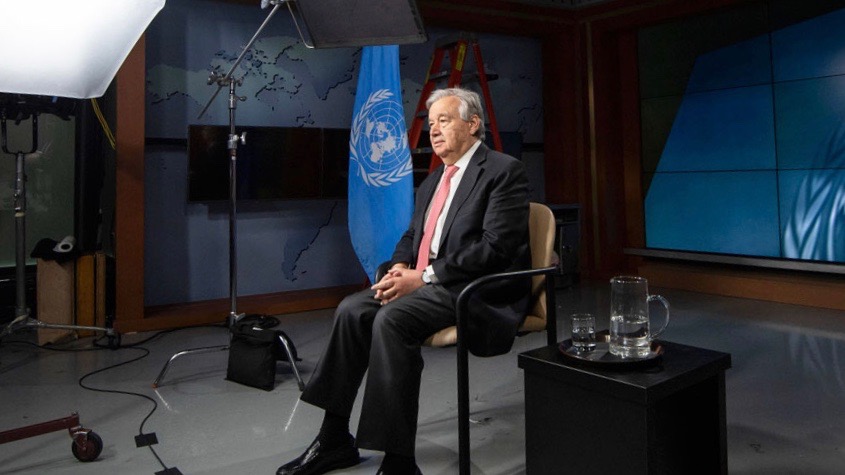 United Nations secretary-general António Guterres, on April 23, Thursday, called for a moratorium on debt servicing and a possible debt relief program for countries struggling to service their external debt due to the economic fallout of the COVID-19 pandemic. In a video-conference forum on Financing for Development by the UN Economic and Social Council, Guterres pointed out that the crisis looming over middle- and low-income economies because of the global disruptions in trade and production will requires to be addressed seriously.

“Now is the time to stand by our commitment to leave no one behind. COVID-19 is significantly amplifying existing debt risks,” Guterres said in his address. He also lauded the recent move by G20 states to temporarily suspend debt servicing as a “critical first step”.

Guterres added that “the moratorium must be extended to all developing countries that request forbearance, including middle-income countries that lose access to financial markets. Beyond an initial debt moratorium, targeted debt relief will be needed.”

The call by the UN chief shortly followed a warning by the UN agency, World Food Programme, of a possible famine that could affect over 265 million people in the global south, mostly in countries that have to redirect a considerable portion of their resources to annual debt servicing.

Similar warnings were issued in a recent report by the UN’s permanent body on trade, UN Conference on Trade and Development (UNCTAD), which states that developing nations require substantial debt relief to avoid a disaster.

However, the report notes that despite a smaller share in global external debt, most developing nations have to dedicate a large part of their resources in debt servicing and are likely to face a crisis in fiscal year 2020.

Major restructuring of such loans has been advised by the UNCTAD, along with possible standstills on debt repayments for a time period. It also recommended the formation of a global debt authority to restructure loans for developing economies.

UNCTAD has taken up the Argentine government’s proposal for debt-restructuring as a model to be used elsewhere. The new government of Alberto Fernández proposed a sweeping restructuring of USD 68.8 billion of its total USD 323 billion external debt. The proposal includes a three-year moratorium on debt servicing, a 5.4% cut in capital payments and a 62% relief in interest payments – estimated to be close to USD 41.5 billion in relief. These proposals were recently rejected by its creditors.

In an earlier report released in March, UNCTAD had suggested that developing nations worst hit by the economic fallout of COVID-19 will require close to USD 2.5 trillion from global financial agencies like the IMF.

Even before the pandemic hit, the IMF last year had warned that 34 developing nations would suffer “debt distress”, the definition of which has been expanded by the Jubilee Debt Campaign, a group advocating for cancelling the debt of the poorest nations, to include situations when governments are unable to fund or support basic necessities like healthcare and pensions. As per this definition, at least 60 nations are already facing debt distress.

Third-world debt restructuring and pardons have been a long-standing demand of developing nations. The current crisis has seen flight of capital from these countries along with a sudden rise in unemployment, reigniting these demands.

However, major finance firms like Allianz and Gramercy with huge stakes in third world debts have repeatedly opposed such demands, including the recent freeze on debt servicing for low-income economies until the end of the year agreed upon by the G20 leaders.