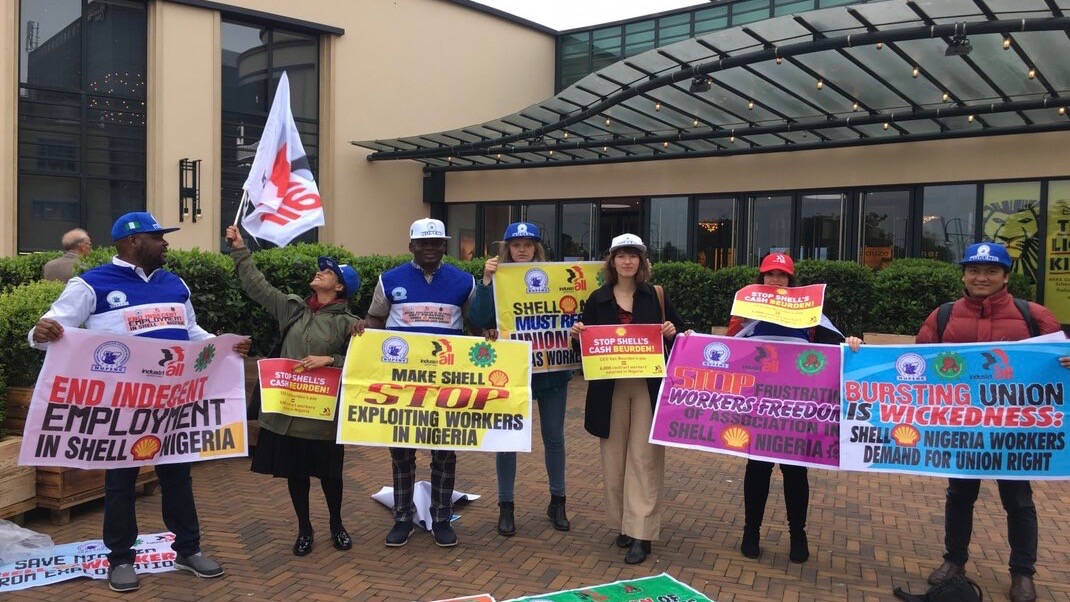 Several workers employed by Shell in Nigeria have reportedly died and many have been left with permanent disabilities due to workplace injuries.

On behalf of its affiliated unions, IndustriALL has written to the Anglo-Dutch oil company Shell, questioning its use of labor contractors and the lack of health insurance for workers in Nigeria.

IndustriALL has also demanded to know whether or not the company’s representatives will meet the union to discuss and resolve these issues, along with other numerous violations of internationally recognized workers’ rights  allegedly committed by Shell in Nigeria. These rights include occupational safety and the right to join unions.

“We have consistently raised these issues with Shell, and we have never had an adequate response. However, there is real suffering at Shell workplaces, and we are determined to change this,” the union’s energy director, Diana Junquera Curiel, said.

Ahead of its annual general meeting on May 19, Shell was scheduled to hold an engagement with shareholders via webcast on May 13. In response to the company’s invitations for questions which it promises to endeavor to answer, IndustriALL has submitted the following:

“1. Why Shell does not exercise due diligence on contractors to ensure that they are socially responsible?

The union claims that 82% of the company’s workers in this oil-rich country are employed through contractors. They “live in poverty with no job security, poor healthcare and little regard for health and safety. Workers who attempt to unionize, raise health and safety issues or report injuries are dismissed,” IndustriALL alleged.

Several workers employed by Shell in Nigeria have reportedly died and many have been left with permanent disabilities due to workplace injuries. However, “they have been too afraid to raise safety concerns.. Because Shell is the largest company in the Nigerian oil sector, its actions set a precedent, and many other companies in the sector show similar behaviour,” the union said in a statement today, May 12.