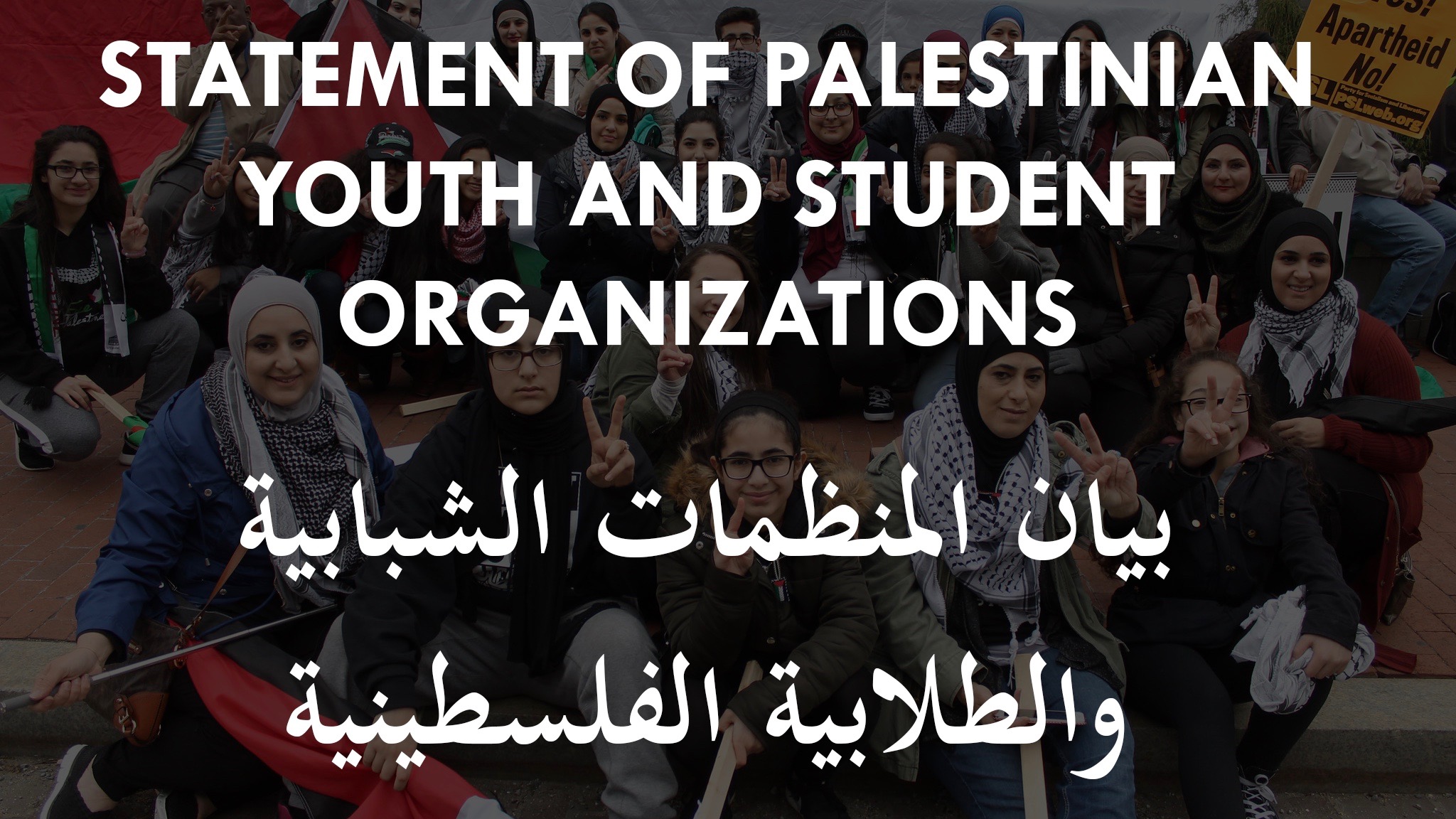 Approaching the 72nd anniversary of the Palestinian Nakba, a diverse consortium of Palestinian and international youth, cultural and solidarity organizations have joined forces to reshape and revitalize the Palestinian struggle for freedom from Israeli occupation and to fulfill the Palestinian national aspirations of self-determination and statehood. The Nakba day on May 15 commemorates the expulsion and ethnic cleansing of more than 750,000 Palestinians from their lands by Zionist terror militias during the establishment of the state of Israel in 1948.

To achieve their goal, these organizations call upon young Palestinians in the occupied Palestinian territories and within the diaspora, as well as supporters of the Palestinian cause worldwide, to reject the current Palestinian government of president Mahmoud Abbas and the Palestinian Authority (PA). The youth front has accused the existing Palestinian leadership of complicity with the Israeli state, given the extensive collaboration in the fields of security, intelligence and economy, among others. They have been held as morally corrupt for engaging in a logistically unfeasible, so-called ‘peace process’, which has only helped Israel entrench its occupation of Palestinian lands. As per the youth collective, the current leadership has offered only weak, compromised and directionless policy responses to the Israeli occupation.

The member organizations thus aim to inspire Palestinians, irrespective of age, faith or political affiliation, to participate in a renewed popular and democratic struggle for the legitimate and inalienable goals of independence, self-determination, and nationhood for Palestinians. Among the main goals is to secure the long-awaited right of return of Palestinian refugees to their ancestral lands. They have called for a break from the current Palestinian government and ‘leadership’ which has monopolized the representation of the Palestinian cause, especially at international fora and world organizations like the United Nations, the International Criminal Court, etc.

The youth front is also critical of the 1993 Oslo accords as one of the main causes for the current plight of the Palestinian people. While the Israeli and Palestinian leadership of the time were bestowed with the Nobel peace prize, as per the collective, the accords provided the Israeli state an unofficial license to steal more Palestinians lands and further displace people without any accountability. Far from offering a just and peaceful solution, the Oslo accords have facilitated the oppression of Palestinians and their cause, leading to hundreds being killed, maimed, imprisoned, rendered homeless, humiliated and persecuted as terrorists and members of ‘death cults’ by Israel.

In recent years, Palestinians have faced additional onslaughts with the aid and abetment of the United States under president Donald Trump. The Trump administration has weighed heavily in favor of Israel, even more than previous US governments. However, even past US presidents, including the administration of Barack Obama, routinely disregarded international law and human rights norms to side with Israel each time it invaded Gaza from land, sea or air, invoking Israel’s ‘right to self-defense’. Over the years, US aid to Israel also steadily increased, reaching up to USD 3.1 billion dollars on an annual basis during the Obama years.

The US has also consistently shielded Israel from all kinds of international reprimands, sanctions, UNSC resolutions and other diplomatic and international retaliations for its war crimes and human rights violations against Palestinians. US diplomatic and financial muscle has pressured several countries into not acting independently, but in line with US diktats and foreign policy when it comes to Israel.

May 15-22 has been designated as the Week of Palestinian struggle, with the slogan: “Palestine Day – the Day of Return and Liberation”. The week serves as the first step towards creating a new and re-energized movement for the Palestinian cause. The collective organizations hope to  build this new struggle rapidly in the coming future with the participation of many more Palestinians and solidarity groups.