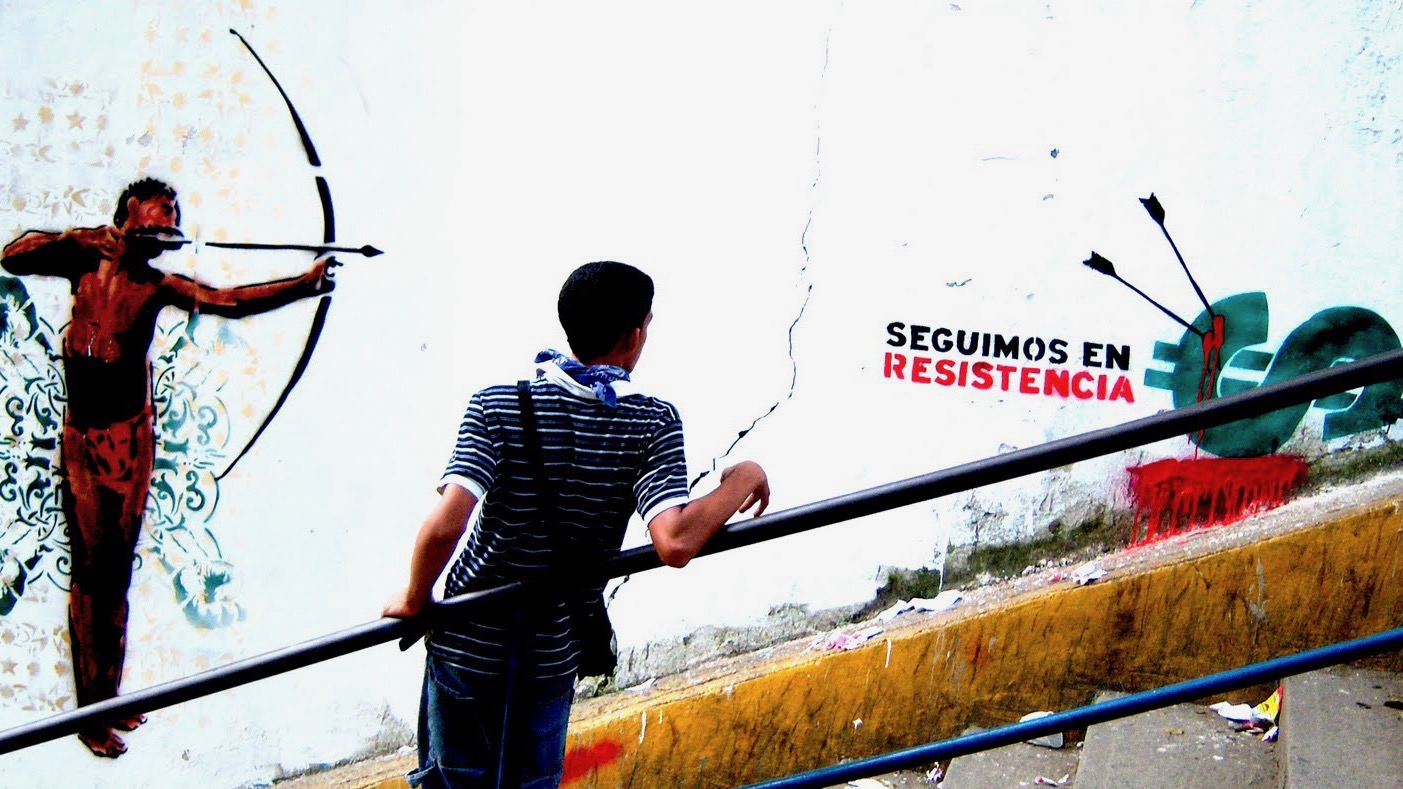 The COVID-19 pandemic has provoked a series of unexpected challenges in countries across the world. However amid the uncertainty, crisis and tragedy, we have seen traces of a more humane society based in solidarity. In several countries, States have committed to paying the salaries of workers that lost their jobs, some have implemented a basic income, and the healthcare systems have been re-nationalized. These measures have shown not only that it is not antagonistic to protect and support the people but long term it is actually better for the economy. On the international level, China and Cuba stand out for showing solidarity to dozens of countries that need medical personnel, supplies, tests and general logistics support.

However, in other political ideological latitudes, the pandemic has been a moment to strengthen their attacks against alleged adversaries.

Since the pandemic was decreed by the World Health Organization (WHO) on March 11, instead of complying with the multiple requests of distinct international organizations and leaders to end sanctions, cease fire, and cooperate with all despite political differences, the United States under the leadership of Trump, has doubled down on its attacks against the Bolivarian Republic of Venezuela, incorporating the pandemic into its arsenal of hybrid war.

In response to the intensification of this hybrid war that in the last period has been characterized by the intensification of sanctions, interference in international institutions to block the provision of financial aid, legal persecution, and frustrated military invasions, a group of four militant-writers worked to document, denounce and raise awareness to these threats and attacks. The latest study of the Tricontinental Institute for Social Research was based on these articles, “Coronashock and the hybrid war against Venezuela.”

The study, “takes a deep look at the US-led hybrid war against Venezuela (among others), debunking the false narratives created to support this attack,” and shows that even while faced with “an unprecedented global health crisis, the US has dug deep into its long-standing habit of meddling in foreign affairs to further the interest of capital at the expense of national sovereignty and the public well-being.”

What stands out amid the words of hatred in Washington and the arrival of ships of the Southern Command near Venezuela to intimidate, is the dignity and resistance of the Venezuelan people and government. Nor imperialism, nor the pandemic can defeat the bravery and courage of a people that fought for their freedom and sovereignty. Currently the Bolivarian nation has one of the lowest rates of infection and death on the continent with 1,819 confirmed cases and 18 dead.

Peoples Dispatch spoke with one of the people who helped write and build this text, Venezuelan militant Ana Maldonado of the Frente Francisco de Mirando, to understand how this latest imperialist onslaught, explained in the study, is being felt and how people on the ground are resisting.

Peoples Dispatch: Since the global pandemic was decreed, what has been the attitude of the US empire towards Venezuela?

Ana Maldonado: The attitude of the US empire towards Venezuela has been to continue expressing its military power. Over the last year and during the pandemic, different strategies have used. For example, the attempt to turn over power to opposition groups and the designation of the interim president. Also the strategy of the metaphor of the lily pads that says a heron can move from close bases, that in this case would be Colombia and Brazil. Also the creation of the humanitarian crisis, civil military conflicts with sub-contracted forces, military contractors, mercenaries, foreign intelligence, and putting a price on the head of the president and of the political military leadership of the Revolution. We also see links to paramilitary training grounds and training of death squads.

All of this we have been summarizing and reporting on in these articles as part of a hybrid war, a counter-insurgent war. Renán Vega Cantor mentions it as “war against the peoples.” It is multidimensional, with multiple forms. It is political and economic.

The latest mercenary incursion on May 3 and 4 carried out by the Silvercorp company led by the special forces veteran of the US Jordan Goudreau is a part of this.

So this is the panorama, the attitude of the US during the pandemic has been to worsen, and to continue exercising pressure to force the surrender and accumulate pressure. We also have it working with Colombia trying to activate the Inter-American Treaty of Reciprocal Assistance – TIAR- and force a process of collapse and surrender that they have been pursuing since last year and since the death of Commander Chávez, and has intensified during the pandemic. It is an attitude of underestimating our political and military forces.

PD: What has been the response of the people in response to the pandemic?

AM: The response of the people has been incredible. On one hand by adhering to the norms in a voluntary way, very conscious of the quarantine, because here we do not have coercive measures or repression. It has simply been a pedagogical task of the president and of the Presidential Commission for the response to the pandemic, the use of the mask, staying at home, respecting the times.

We have also seen the solidarity from people’s organizations that have sprung into action in the school food program to bring food from schools to children in their homes who are not going to school. There, the movement of cooks for the homeland is very active, the Fernanda Bolaños Front where around 2,000 cooks in Caracas alone are mobilized and preparing food.

We also have the different work groups and political work in the communities like the Communal Councils, the Communes, the Local Committees of Supply and Production -CLAP-, health committees, different networks of organization of free associated producers in production and distribution plans like the People to People plan, with youth movements from the neighborhoods like Otra Beta, Frente Francisco de Miranda. All of these organizations have been taking forward different work in order to protect those who need it most, bringing food to the most vulnerable families, producing masks and turning them in in a conscious, organized and free way. Also volunteer work like helping with detection, informative and pedagogical tasks.

There has been an impressive deployment of people’s organizations, and of great consciousness to try to contain a certain pressure felt due to the failures in some services. There has been a lot of work of political, social and territorial control, and in the ways that the people have been resisting, emerging and creating.

Every day there are new forms of political organizational work that have had extraordinary experiences during the pandemic that give lessons on how to deepen the policies of restitution of power to the people, of transferring competencies, of resources of all kind financial and non financial, in order to favor the correlation of forces in favor of the people’s revolutionary organizations.

Our biggest challenge is to emerge from the pandemic with lessons learned and that after this period we do not go back to the normality that we had before, but that we continue to advance, gain more control, organization, consciousness and mobilization.

PD: What signs of hope and solidarity can we see with regards to the new global order amid this new crisis? The arrival of the Iranian ships to Venezuela, for example, were not only economically important but also represented an important political and symbolic victory.

AM: Since the first moment of the pandemic and looking at the larger period of blockade and economic, political, financial siege from the unilateral coercive measures, incorrectly called sanctions, that have made the public system and the systems of social protection very vulnerable, we have received solidarity.

We have received a lot of support from the Republic of Cuba. From the first days of the pandemic, there has been Cuban medical brigade. The creator of the Interferon Alfa 2b Doctor Luis Herrera even visited us.

China has also established an air bridge with Venezuela and already five planes have come to bring medical supplies, including rapid testing kits and supplies of protective equipment for nurses, doctors and all of the healthcare workers, as well as machines to read these tests. From Russia we have also received solidarity and from the Pan-American Health Organization.

And as you mentioned the five ships from the Republic of Iran that brought not only gasoline but also chemical supplies to be able to activate the refineries like Amway and Cardón that are fundamental to produce gasoline. Due to the effects of the blockades and the sanctions, their capacity to produce fuel had been affected.

In addition to these, we have received solidarity in every way possible, through messages, communiques, declarations, mobilizations, forums, webinars, all kinds of organizations, and international revolutionary people’s movements. Trade unions, women’s organizations, youth and workers’ organizations have pronounced and expressed their solidarity, support and disposition to establish brigades, to collaborate on the support tasks and detection. The movement to reject the situation of worsening of the sanctions and to express solidarity and internationalism with us and the people has really been extraordinary.

Read CoronaShock and the Hybrid War Against Venezuela, also available in Spanish, and Portuguese.