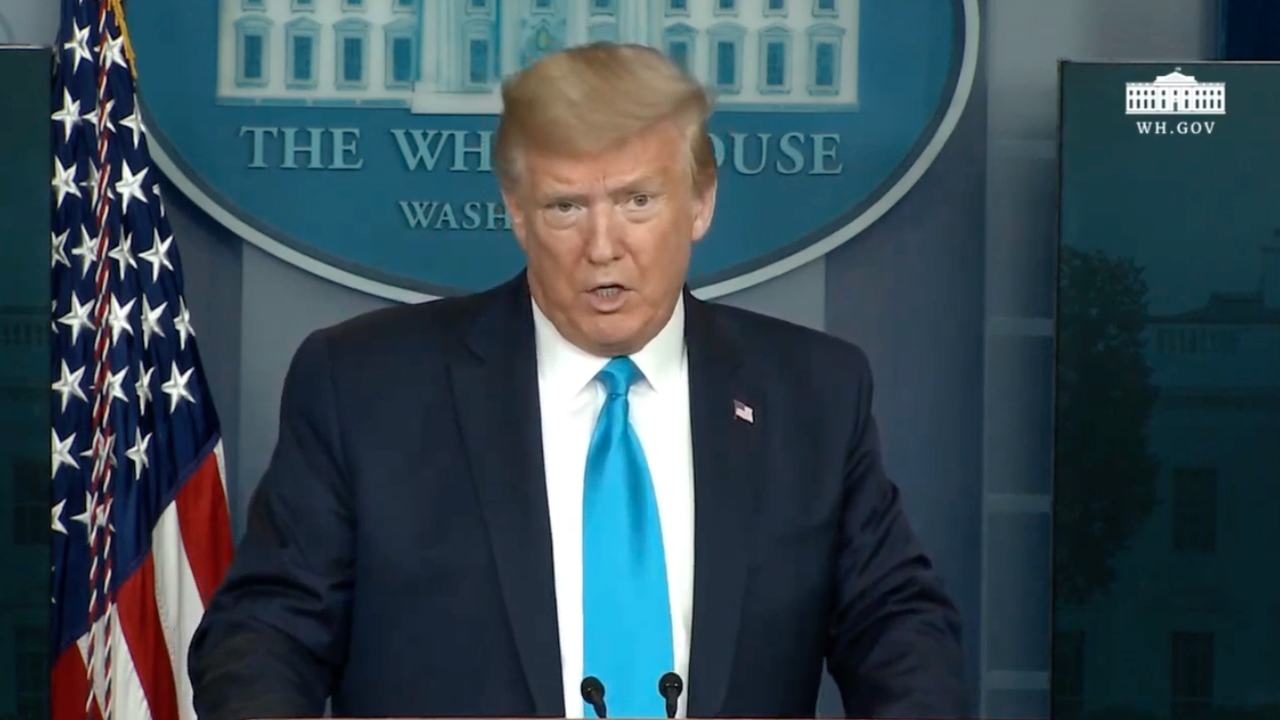 US president Donald Trump repeatedly accused the WHO of mishandling the COVID-19 crisis before initiating withdrawal from the global body. (Photo: Ruptly)

The Donald Trump administration on July 7, Tuesday, formally notified the US Congress and the United Nations about its decision to withdraw its membership of the World Health Organization. The process of withdrawal will take a year and if not reversed, the US will cease to be a member of the WHO from July 6, 2021.

Democrat Senator Bob Menendez, who heads the Senate’s foreign relations committee, tweeted about the notification saying that the decision “leaves America sick and America alone” at the time of the crisis.

It is not clear whether the president legally has the power to withdraw from a global body without the approval of the Congress.

Democratic presidential candidate Joe Biden has opposed the move and tweeted on Wednesday that the US will rejoin WHO membership if he is elected in the upcoming presidential elections.

Trump had in May accused the WHO of being biased towards China and mismanaging the COVID-19 pandemic. He had also threatened to withhold American funding to the organization.

In April, Trump had announced that he had ordered an investigation into the supposed mismanagement of the crisis by the WHO, and its alleged failure to act in time to contain the virus at its source. He had added that the investigation will take anywhere between 60 to 90 days in total, and until the US gets answers to its questions, the funds will be withheld.

Blaming the WHO for providing faulty information on COVID-19, Trump, in a tweet on April 7, had said that “the WHO really blew it. For some reason, funded largely by the United States, yet very China centric. We will be giving that a good look. Fortunately, I rejected their advice on keeping our borders open to China early on. Why did they give us such a faulty recommendation?”

The WHO has denied such allegations and has been critical of measures taken by the Trump administration to tackle the spread of the virus. The facts too clearly show that the US authorities had been informed very early this year about the disease. Trump’s attempt to implicate WHO and China is being seen as a way to shift blame away from his government’s failure to tackle the outbreak in the country. The numbers of infections and deaths due to COVID-19 in the US is highest in the world, with more than three million cases and over 133,000 deaths.

The US is the single largest contributor in terms of funding to the WHO, providing close to 15% of its total annual budget. A shortage of funds will seriously affect not only WHO’s capacity to deal with the crisis on a global level, but also dent its standing as an international agency.

Steve Bannon and corrupt officials given last-minute pardon by Trump