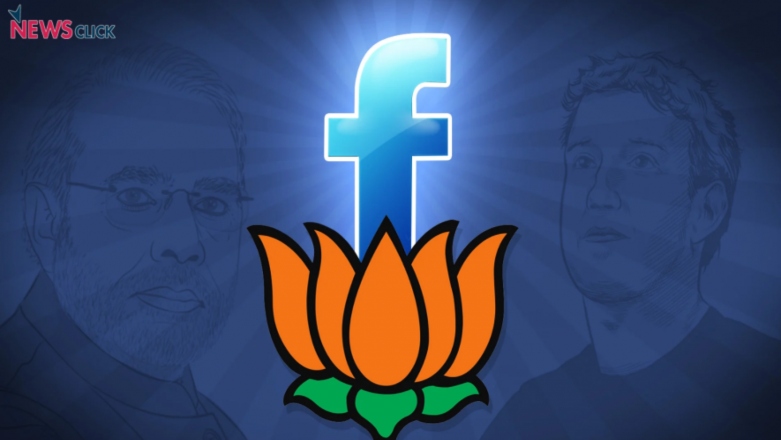 In the article, WSJ details how Ankhi Das, Facebook’s public policy director for India, South and Central Asia, opposed action against BJP leaders spreading hate on Facebook that were tagged internally as ‘hate speech’ and ‘dangerous’ and with the potential of causing real world violence. The reason: such action would harm Facebook’s business in India, its largest user base in the world.

Facebook also has recently invested $5.7 billion in Reliance Jio [the telecom company owned by India’s richest man, Mukesh Ambani] for 9.99% shares, one of its largest investments ever for a small minority stake.

Facebook is not just protecting its business interests in India by being soft on ruling party leaders who promote hate. In December 2017, Bloomberg had written that Facebook, “…actively works with political parties and leaders including those who use the platform to stifle opposition—sometimes with the aid of “troll armies” that spread misinformation and extremist ideologies.” In this report, Bloomberg wrote that a global government and politics team in Facebook, led by Katie Harbath, helps specific political parties. “In some of the world’s biggest democracies—from India and Brazil to Germany and the U.K.—the unit’s employees have become de facto campaign workers.”

This is what Cyril Sam and Paranjoy Guha Thakurta in a 5-part article in Newsclick, had detailed — the close ties between Facebook executives and BJP and how Facebook’s relations with BJP, particularly Prime Minister Narendra Modi’s team, went far beyond its relationship with other political parties.

After Modi’s 2014 victory, Ankhi Das had written an article in Quartz, full of glowing praise of Modi, “How ‘likes’ bring votes—Narendra Modi’s campaign on Facebook”.

Not only is India Facebook’s largest user base for its flagship Facebook, but also for its WhatsApp platform. Facebook bought WhatsApp for $19 billion in 2018, and has business offerings on this platform, whose rules of engagement are completely opaque. Even more than Facebook, WhatsApp has been the major platform for BJP and its troll army.

WSJ’s article was not simply about one instance in which Facebook’s policy head Ankhi Das intervened to protect a BJP leader and his hate posts. It goes on to detail how Facebook took no action on other BJP leaders’ campaigns on Facebook, such as Muslims spreading the coronavirus and ‘love jihad’ [a malicious campaign by Hindu right-wing forces which alleges that Muslim men seek to convert Hindu women by marrying them].

The article also reported that employees gave many instances of Facebook’s favorable treatment of BJP on election-related issues. One instance was its announcement, just before the 2019 Lok Sabha elections, that it had taken down a number of pages tied to Pakistan’s military and the Congress [the main opposition party] as ‘inauthentic’. Due to Ankhi Das’s intervention, it hid that it had also taken down certain BJP pages as well.

The WSJ piece also raises serious concerns regarding Ankhi Das’ personal views on communal issues and whether a person with such views should be responsible for an instrument for public communication that Facebook has become. It gives an instance of her Facebook page, where she shared a post from a former police officer, who said he is Muslim, in which he called India’s Muslims traditionally a ‘degenerate community’. Ankhi Das not only shared this post, but also wrote how this post ‘spoke’ to her.

The WSJ article identified T Raja Singh, a Telangana BJP legislator, Anantkumar Hegde, a BJP Member of Parliament from Karnataka, and Kapil Mishra, a BJP leader and former State legislator from Delhi, as some of those whose posts were clearly hate posts. T Raja Singh has threatened to kill Muslims who ate cows and shoot Rohingyas. Anantkumar Hegde posted cartoons and essays on Muslims spreading “Corona Jihad”. Kapil Mishra’s role in Delhi riots is well known and has been widely condemned by all opposition parties, independent groups and in the press.

These three and many other BJP leaders were flagged internally by the Facebook team that looks at posts that violate Facebook’s “Dangerous Individuals and Organizations” policy. The team had concluded that some of these posts were of a nature that demanded a permanent ban of such individuals under this policy, as it has done in other countries, including the US. This did not happen. It is only when WSJ asked Facebook for its comments on these posts, were some of these posts taken down.

The WSJ article may make us believe that the problem in Facebook is an individual’s fault, that of Ankhi Das, its policy head for India. The real issue goes far deeper. The power of digital monopolies—Google, Facebook, Amazon, Apple, and Microsoft—go far beyond the economic power they wield.

The social media platforms—Google and Facebook— have taken over the media space, not only in terms of advertising revenue, the lifeblood of the media under capitalism, but also in terms of influence. The more engagement you can generate, the more the likelihood of you gaining viewership and a following. Kapil Mishra’s followers grew 10 times after his incendiary posts on Delhi’s sit-in protests against the new citizenship law and his threat of physical violence in clearing the protestors.

Earlier, it was widely accepted that the press has a social role—the Fourth Estate in a democracy— and therefore needs to be regulated for public good. The Press Council of India, however weak it might be in actual practice, has a code that the press is expected to follow. The scandal of paid news did lead to a report by Paranjoy Guha Thakurta and K Sreenivas Reddy, indicting major news organizations. It unfortunately was watered down considerably by Press Council’s Governing Body, but did help curb some of the worst excesses of paid news. In the US, cross-holdings between different kinds of media are regulated, as also between telecom and media companies.

There are two things to recognize here, that the media is not just any other business but has an influence on democracy itself. And the second is that monopoly itself is a danger for democracy. Judge Brandeis commented during the case on the breakup of the Standard Oil monopoly: “We may have democracy, or we may have wealth concentrated in the hands of a few, but we can’t have both.”

After a long time, monopoly again figured in the US Congressional hearings. The market capitalization of the four companies—Google, Amazon, Facebook, and Apple— appearing before the US Congress, is nearly 5 trillion dollars. If we put their market cap together, this is more than the GDP of Germany, which would make them fourth in the list of countries—behind the US, China and Japan. It is this market power that gives them the ability to bend, or in the case of weaker economies, twist out of shape, the legal and regulatory structures.

Unfortunately, relying on the generosity of capital does not work, when it comes to society’s interests versus the interests of their companies. Facebook has been more in the limelight, as 98.5% of its income is from advertisements. Advertisements depend on how many views it can attract, and the virality of posts and their engagement is the main driver of Facebook’s revenue model.

Facebook has discovered, as some MIT researchers did, that hate and fake news posts drive virality, and therefore has no incentive to curb such posts. While it has professed lip sympathy for community standards and healthy discourse, the driving force of its business empire comes from its need to have more eyeballs, and therefore it feeds off hate and fake news.

This pathology of social media is not limited to Facebook. Google’s search engine has shown similar problems as has its image recognition algorithms. But, undoubtedly, Facebook has been the leader in spreading hate politics and fake news in the world.

What US President Donald Trump, Brazil’s President Jair Bolsonaro and India’s Prime Minister Modi have in common, apart from their right-wing politics, is their reliance on Facebook and WhatsApp in their campaigns. Though we have seen the FoxNews in the US and India’s Republic TV phenomena of troll TV penetrating the traditional media space, the relative anonymity of WhatsApp and Facebook has seen hate speech and fake news play a much more important role in the elections. While most people may have though that the Right understands digital platforms better than others, and that is why its success, there is increasing evidence that the support that Facebook provides to various right-wing figures is not an accident but a part of its strategy.

In the language of new tech, hate speech is not a bug in the systems of social media but an essential feature. The problem of hate speech cannot be solved by politely petitioning the Zuckerbergs of digital monopoly platforms to solve this problem. It needs, at the least, breaking up their monopolies and regulating them as public utilities. 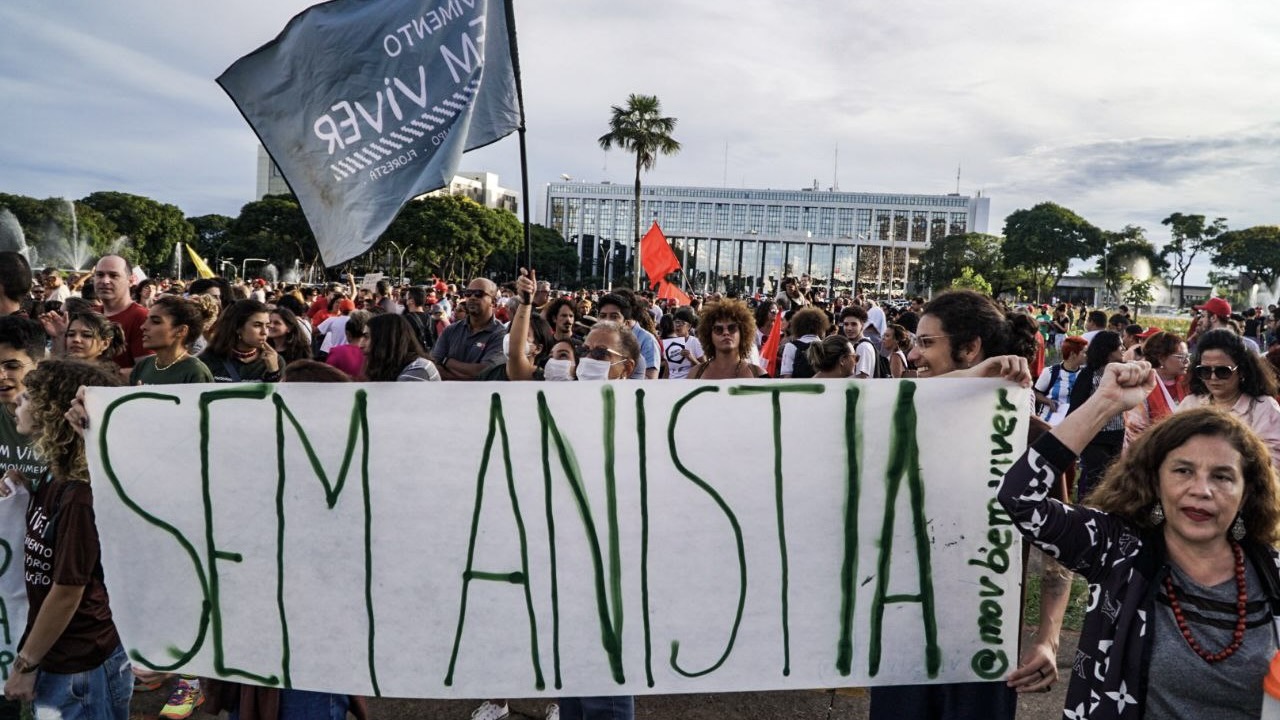