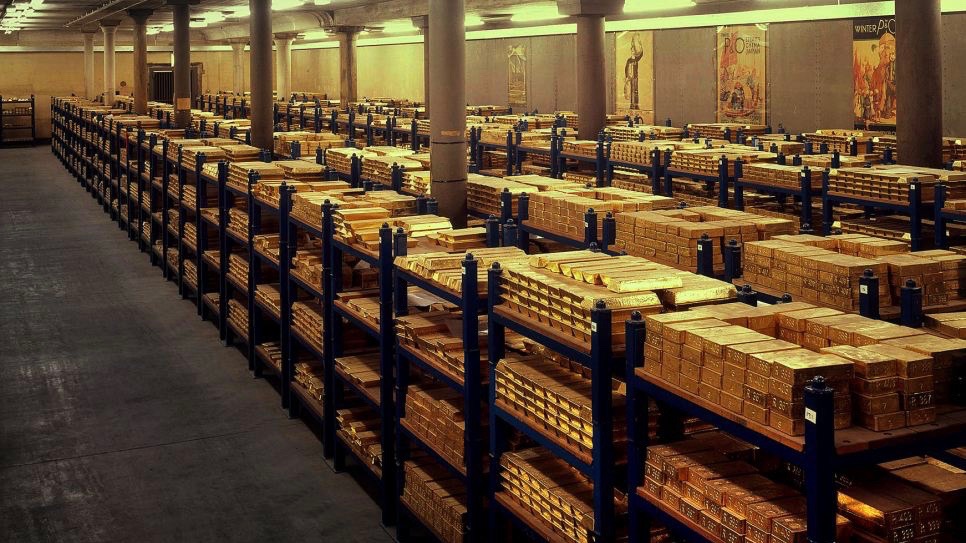 On October 5, 2020, the England and Wales Court of Appeal overturned a lower court decision from July that denied the Venezuelan government access to 31 metric tons of its gold stored in the Bank of England. No one denies that the gold belongs to the Venezuelan government. However, the bank refused to give the government of Venezuelan President Nicolás Maduro access to the gold; following the UK Foreign Office’s example, the bank said that the actual president of Venezuela was Juan Guaidó. Mr. Guaidó, unlike President Maduro, has not won an election to the presidency, nor is he in the line of succession to become president in any eventuality. The anointing of Mr. Guaidó came from the United States government, not the Venezuelan people; the UK Foreign Office and the lower courts agreed with Washington, while the England and Wales Court of Appeal relied for its decision on fact and logic.

The main finding of the Court of Appeal is that while the UK Foreign Office has stated that it does not recognize the government of President Maduro, it continues to conduct diplomatic affairs with the representatives of that government. Ambassador Rocío Del Valle Maneiro González presented her credentials to the Queen of England in 2015 and has for these past five years represented the government of President Maduro in the UK. The current British ambassador to Venezuela—Andrew Soper—presented his credentials to President Maduro on February 5, 2018; he remains in office in Caracas. Such basic diplomatic relations indicated to the Court of Appeal that President Maduro—in the eyes of the UK government—“does in fact exercise some or all of the powers of the President of Venezuela.”

Mr. Guaidó’s lawyer—Vanessa Neumann—said that the Venezuelan government wanted the $1.95 billion (in today’s gold prices) so that it could “illicitly finance itself.” But the Venezuelan government’s lawyer—Sarosh Zaiwalla—argued that these funds would be used by the government to break the chain of infection of COVID-19 and provide relief to a population struck by the U.S. unilateral sanctions and by the disruptions caused by the pandemic. The Central Bank of Venezuela (BCV) said that it wants to sell the gold, to have the funds paid to the United Nations Development Program (UNDP), and to allow the UNDP to assist in the government’s response to the pandemic. Even this channel via the UNDP has been rejected by Mr. Guaidó, by the UK government, and by Washington; there is no likely reason they would do this outside of a desire to punish the Venezuelan people in the midst of this pandemic.

Tricontinental: Institute for Social Research and the Instituto Simón Bolívar have been studying the social impact of these very harsh sanctions imposed by the U.S. administration since 2017. They have found that the primary and secondary sanctions have starved the Venezuelan people of the means to conduct basic commerce: to sell their oil and to buy food, medicines, and educational materials (primary sanctions directly prevent citizens and firms of the sanctioning country from having any dealings with the country being sanctioned; secondary sanctions prevent a third party—either a country or a firm—from dealing with the sanctioned country). Tens of thousands of Venezuelans have died unnecessary deaths because of the denial of trade in medicines and medical equipment; this has challenged the already fragile system during the pandemic. To allow these unilateral sanctions by the United States, and its pursuit of regime change in Venezuela, to define the way Venezuela can fight the virus and the disease is shocking. “Collective penalties,” says the Fourth Geneva Convention (1949), “are prohibited.”

What does the Venezuelan government wish to buy with the $1.95 billion that would be turned over to the UNDP? According to research by Tricontinental: Institute for Social Research and the Instituto Simón Bolívar, the bulk of the funds—$600 million—is planned to go toward the purchase of medicines for 400,000 people in hospitals, for obstetric medicines for 550,000 pregnant women, and medicines for the 243 community pharmacies. Then, $450 million is planned to go toward disposable medical supplies for 400,000 surgeries, for 245 health centers, and for 3,000 pacemakers. Finally, $250,000 has been planned for the supply of reagents for laboratories (for hematology and serology), and for spare parts for various kinds of medical equipment (including radiation therapy equipment). This is how the Venezuelan government—in collusion with the UNDP—would like to “illicitly finance itself.”

In May, three UN special rapporteurs wrote that in Venezuela, “hospitals are reporting a shortage of medical supplies, protective equipment and medicine.” These are exactly the materials on the list from the Venezuelan government to buy from the proceeds of the sale of the 31 metric tons of gold. These experts—Olivier De Schutter (extreme poverty and human rights), Léo Heller (water and sanitation), and Kombou Boly Barry (education)—said, “especially in light of the coronavirus pandemic, the United States should immediately lift blanket sanctions, which are having a severe impact on the human rights of the Venezuelan people.”

The independent research from Tricontinental: Institute for Social Research and the Instituto Simón Bolívar concurs with the opinions of these UN experts; the U.S.-driven sanctions have negatively impacted the capacity of the Venezuelan people to thrive and exercise their human rights. The unilateral sanctions must be lifted. Short of that, we believe that Venezuela’s 31 metric tons of gold in the Bank of London must be sold, the proceeds delivered to the UNDP, and the medical supplies urgently shipped to Venezuela. Anything other than that is a crime against the Venezuelan people.

Carmen Navas Reyes is the executive director of the Instituto Simón Bolívar in Caracas, Venezuela.