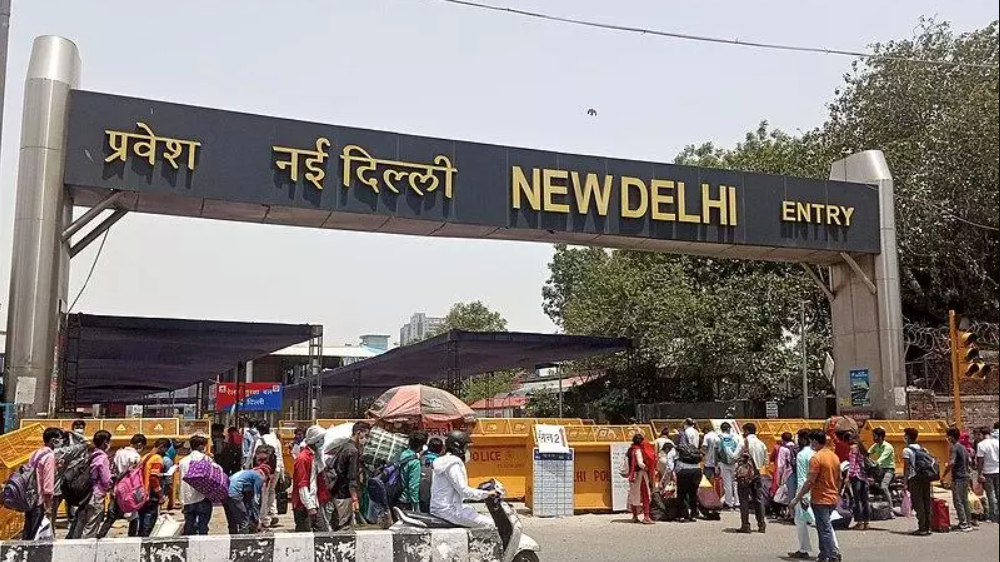 People leaving New Delhi in India during the lockdown due to COVID-19.

For some months now, the International Labour Organization (ILO) has been bringing out a report which monitors the impact of the pandemic on the world economy, especially the labor hours lost because of the lockdown and its ramifications. The statistics it provides are not compilations of official data from different countries; these are based on the ILO’s own estimates made with whatever information is available from these countries. One cannot say how accurate the figures are, but these are the only figures we have, and given the meticulousness with which these are estimated and their approximate compatibility with other data we have, we can form judgements on their basis.

Labor hours lost are calculated from a certain baseline, which is the seasonally-adjusted fourth quarter figures of 2019. Compared with this baseline, the world economy as a whole witnessed a 5.6%, 17.3% and 12.1% loss in working hours, respectively, in the first three quarters of 2020. Taking the three quarters together, the loss of labor hours for the world economy was 11.7%.

Significantly, the losses for the first three quarters of 2020 for the South Asia region were 3.1%, 27.3% and 18.2%, respectively. In fact, after the region comprising Latin America and the Caribbean, which was the worst hit among all the regions of the world, South Asia was the next worst hit.

This fact is borne out by other figures as well. The ILO translates working hours lost into an income loss for the workers. For the three quarters taken together, the percentage of labor income lost was 19.3% for Latin America and the Caribbean; for South Asia it was 16.2%. These figures were higher than those for every other region in the world.In fact, for the world as a whole, labor income lost was no more than 10.7%.

Since India dominates South Asia because of its sheer size, and since, as is well-known, its neighboring countries, including Pakistan, were much less severely affected by the pandemic and also took lesser drastic measures to counter it, the extraordinarily high figure for income loss in South Asia is mainly on account of India. It follows that the income loss of the workers in India was among the worst in the world, next only to Latin America and the Caribbean, and not too far behind the latter. In short, the ILO figures confirm what many have been saying for some time, namely that the Narendra Modi government has been among the most incompetent in the world in its handling of the pandemic.

But that is not all. The income loss figures of ILO are calculated before taking into account the fiscal support measures adopted by the governments of the respective countries. In fact, the ILO calculates what it calls the fiscal stimulus provided by various governments to fight the income loss inflicted upon workers by the pandemic.

Fiscal stimulus is defined by the ILO to include additional government spending, income transfers or forgone revenue (tax cuts). One of the important findings of the ILO study is that countries with a higher fiscal stimulus as percentage of GDP had a lower percentage of labor hour losses. The ILO itself provides no explanation for this inverse relationship, but it is not too difficult to find one.

If the entire amount of labor hour loss was because of the lockdown, i.e., if it arose from the “supply-side” as dictated by the government, then there would be no reason why there should be an inverse correlation between such loss and the size of the fiscal stimulus. The magnitude of the loss then would depend solely on the stringency of the lockdown and not at all on the size of the fiscal stimulus.

This is where the fiscal stimulus comes in. It directly or indirectly puts some purchasing power in the hands of people who experience income losses on account of the lockdown, thereby reducing the demand side supplementary effects, or the “multiplier” effects, of the lockdown. The larger the size of the fiscal stimulus relative to the GDP (gross domestic product), the smaller is the multiplier effect of the lockdown, and hence, the smaller proportionately is the labor hour loss. This is exactly what the ILO study finds.

It turns out that among all the regions of the world, taking Latin America and the Caribbean and sub-Saharan Africa as single regions, South Asia had the lowest size of fiscal stimulus relative to the labor hours lost. And again, the main reason for South Asia’s poor record in this regard was India’s fiscal niggardliness.

This finding has two obvious implications. First, the paltriness of the fiscal stimulus in India has aggravated the loss of labor hours by increasing the multiplier effects of the initial loss owing to the direct effects of the lockdown, which itself was an extremely severe one in the case of India.

Second, a fiscal stimulus, quite apart from its impact on the loss of labor hours, provides income support to the workers; it is an essential means of keeping them afloat in the midst of the pandemic-caused economic crisis. The Indian government’s stinginess, therefore, is doubly reprehensible: it hurt the working people in two distinct ways whose impact was additive. It hurt them by aggravating an already draconian lockdown; and it hurt them by not providing them adequate succor when they most needed it. It shows the Indian government to be among not only the most incompetent but also the most uncaring governments in the world in the context of the pandemic.

For India, which supposedly has a robust economy, as successive Central governments have been loudly proclaiming, the paltriness of the fiscal stimulus can be attributed to the government’s bloody-mindedness; but in the case of large numbers of other Third World countries, they have little choice in the matter.

The ILO report shows that the relative size of the fiscal stimulus has been meager over much of the Third World. Their economies in the neoliberal era have been reduced to a state where any adequate fiscal stimulus would require additional external debt; and such debt is not forthcoming.

There has, therefore, been an extreme diversity in the fiscal response of different countries to the pandemic-induced lockdown and the consequent loss of work. While the advanced countries have been much more open-handed in their fiscal support for their economies, and in particular for the workers, the Third World countries have been extremely niggardly, not necessarily out of choice (except in the case of India) but mainly out of compulsion. Because of this fact the pandemic has been particularly severe on Third World workers compared with those of advanced countries. The misfortunes of the former have not visited the latter with the same acuteness.

Workers everywhere have suffered, of course, while the billionaires have never had it so good. But within the workers, the sufferings of the Third World workers have been particularly intense, which is a fallout of the loss of autonomy of Third World governments in the era of globalisation.