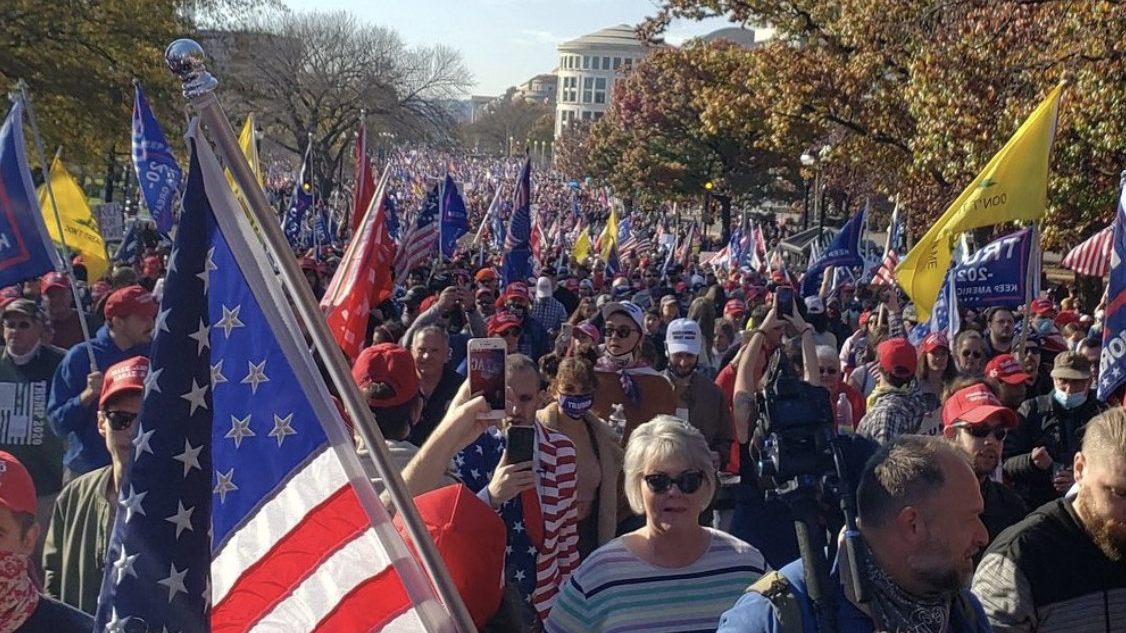 Buoyed by support from far right-wing groups, US president Donald Trump has continued to claim victory in the November 3 elections despite losing decisively. On Monday morning, he tweeted that he had won, the second time he did so in 12 hours. This was after a massive countrywide mobilization by right-wing groups and his supporters over the weekend.

Thousands of Donald Trump supporters gathered in Washington DC and in several other cities in the US on Saturday, November 14 and Sunday, echoing Trump’s claim of electoral fraud. In the so-called ‘Million Maga March’, the protesters chanted “stop the steal” and “we are the champions” alluding to president Donald Trump’s claims that he had won the elections and the Democrats are trying to steal it.

The call for protest was circulated on social media. Several media organizations identified Proud Boys, a far right-wing extremist organization, as being the organizer of the protests. Demonstrators gathered near the Freedom Plaza, east of the White House. Members of other extremist organizations, such as Oath Keepers, were also present in the protests. President Trump passed through the area in a car on Saturday morning. The protesters marched up to the Supreme court building in the city.

The participants support Donald Trump’s bid to stay in the White House for a second term as president and have called the election of Democratic Party nominee Joe Biden as false and fraudulent. This is despite the complete lack of evidence to support these claims. Trump had filed legal challenges against the election results in several states including Pennsylvania, Michigan, Wisconsin and Arizona. On Friday November 13, his legal team dropped the lawsuit in Arizona and most of the other legal challenges filed by Trump have been dismissed.

Clashes broke out between the right-wing groups and anti-Trump protesters late Saturday evening, while the rally continued into the early morning of Sunday. During the clashes, one protester was reportedly stabbed. Some of the protesters burst crackers inside a restaurant near the White House while people were still eating. The police said they arrested 20 protesters on charges of assault and possession of weapons.

Electoral officials have denied Trump’s allegations of fraud in the election, pointing to the complete lack of evidence about such claims. After the declaration of results in Georgia on Friday, Biden’s lead has gone up to 306 electoral votes versus Trump’s 232 so far. To be elected as president, a candidate needs to secure a minimum of 270 electoral votes.