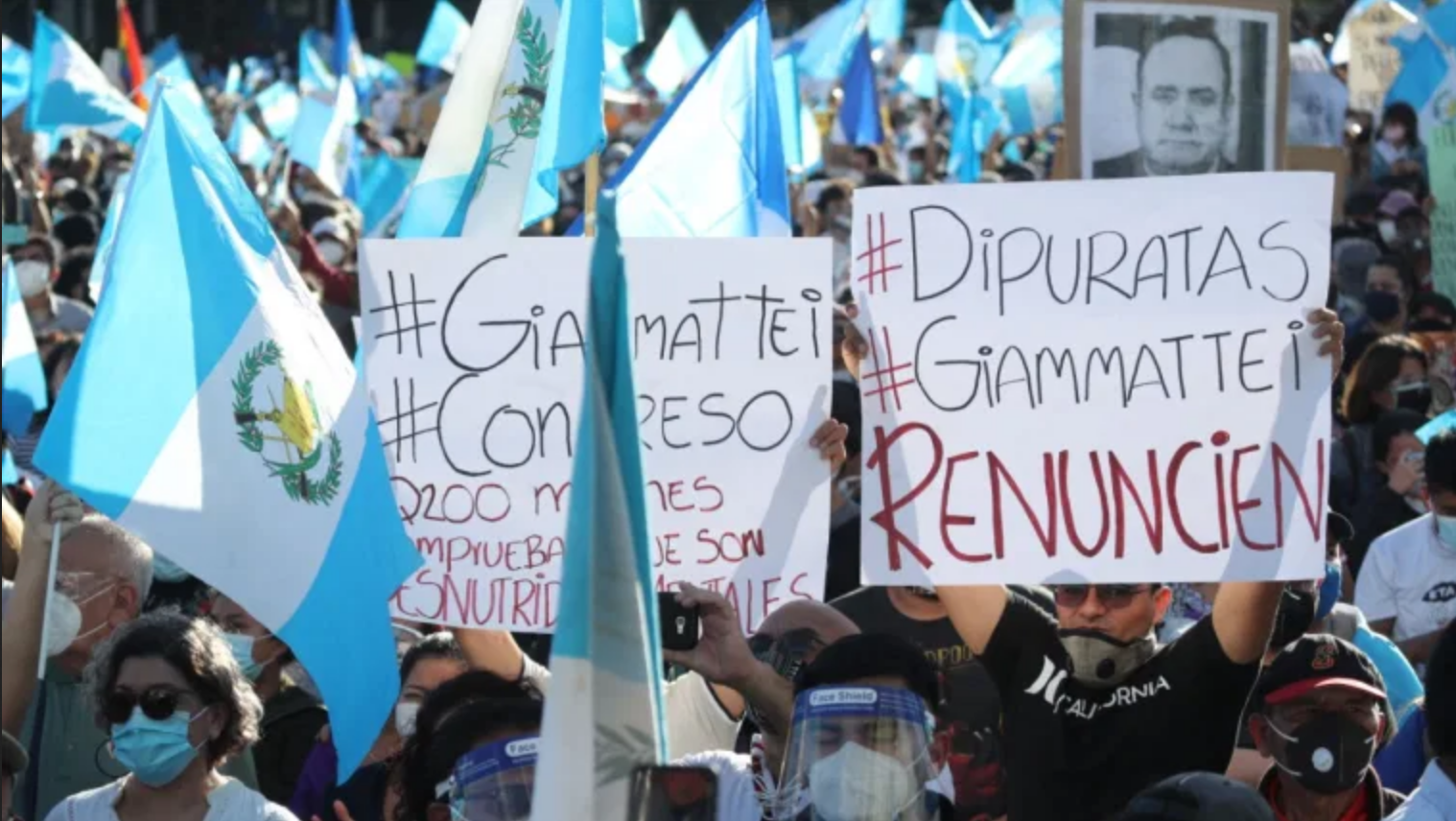 Over 500,000 Guatemalans took to the streets against corruption and the far-right government of President Alejandro Giammattei in Guatemala City, on November 21. Photo: Prensa Libre

Various national and international human rights organizations rejected the excessive use of force by the Guatemalan state security forces against protesters during an anti-government protest in the capital Guatemala City, on November 21.

The Inter-American Commission on Human Rights (IACHR), through a series of tweets on November 22, condemned the violent police repression of peaceful demonstration. The Family Association of the Detained Disappeared of Guatemala (FAMDEGUA), Impunity Watch Guatemala, Former Guatemalan attorney general, Claudia Paz, and the Human Rights Ombudsman, Jordán Rodas, among others, also rejected the brutality exercised during the demonstration.

On November 21, over 500,000 Guatemalans took to the streets to protest against corruption and the far-right government of president Alejandro Giammattei. At the Constitutional Plaza in the capital, while hundreds of thousands of people were demonstrating peacefully, the Congress headquarters was set on fire.

The call for demonstration was given by various social organizations on social media networks to reject the controversial general budget for 2021, approved by the Congress on November 18. According to the approved budget, 65% of it would be allocated to various ministries for the operation of the government, 20% for investment and 15% for the payment of debts. Citizens and social activists massively rejected this budget as it withdraws funds from the health sector in the midst of the COVID-19 pandemic and reduces the budget for various other social sectors in an increasingly unequal country.