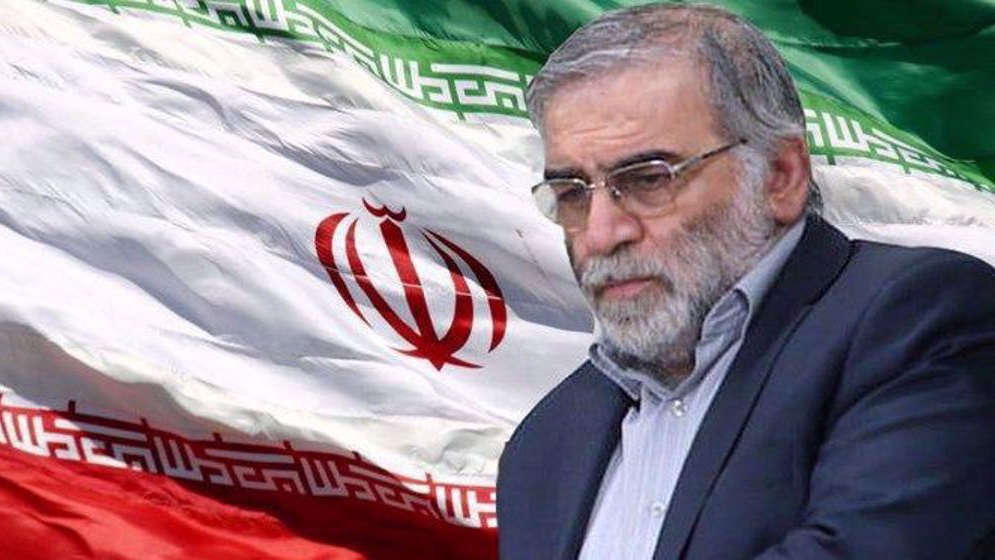 The assassination of Iran’s top nuclear scientist, Dr. Mohsen Fakhrizadeh, has drawn harsh condemnation from all over the world. Dr. Mohsen (62) was shot and killed by unknown assailants on Friday, November 27 in Absard city, around 70 km away from capital, Tehran.

Assailants attacked his vehicle with bombs and guns. Dr. Mohsen was gravely injured in the attack and he later succumbed to his injuries in the hospital. The encounter between the assailants and Dr. Mohsen’s bodyguards resulted in a few more deaths. While the Iranian media said the assailants were killed in the shoot-out, Times of Israel said those killed were Dr. Mohsen’s bodyguards, and that the assailants had escaped. Dr. Mohsen, who was a professor of physics at Imam Hossein University at Tehran, was also heading defense ministry’s Organization of Defensive Innovation and Research.

Iranian president Hassan Rouhani said on Saturday that the assassination was carried out by “mercenary usurper Zionist regime.”

Iranian foreign minister Javad Zarif tweeted that “there are “serious indications of Israeli role” in the terrorist attack. He also urged the international community to condemn this “state act of terror”.

Israel, which has serious objections to Iran’s nuclear program, has been accused of the assassination of several other Iranian scientists. Israeli prime minister Benjamin Netanyahu had mentioned Dr. Mohsen’s name in a presentation in April 2018, accusing him of heading Iran’s “clandestine nuclear program”.

Israel was also accused of the killing of Iran’s nuclear scientist Majid Shahriari in 2010.

Reacting to the assassination, Iranian Revolutionary Guard’s Corps (IRGC) commander Major General Hossein Salami warned of  harsh revenge against those responsible for the act. The Iranian interior ministry launched an investigation to identify the culprits.

Meanwhile, several international groups, institutions and activists have issued statements offering condolences and some of them even called the assassination of Dr. Mohsen an act of terror. The groups included Yemen’s Ansar Allah and Palestine’s The Popular Front for the Liberation of Palestine (PFLP) which called Dr. Mohsen a “martyr”.

Senior Swedish politician Carl Bildt called the assassination a plot to derail the possibilities of betterment of Iran-US relations after the election of Joe Biden as president. Biden has promised to re-join the Joint Comprehensive Plan of Action (JCPOA) from which Donald Trump had withdrawn in 2018. The deal has been opposed by Israel and Saudi Arabia who have also expressed their reservations regarding Biden’s promise to re-join it.

United Nation’s expert on extrajudicial, summary and arbitrary executions, Agnes Callamard, called the assassination of Dr. Mohsen an act of terror and a violation of the UN charter which prohibits use of force extraterritorially.

Several human rights and peace activists have condemned the act. CODEPINK, a US-based peace group, issued a statement on its Twitter handle calling the act an Israeli attempt to incite a war with Iran before Trump leaves office.

Medea Benjamin, co-founder of the CODEPINK, asked president elect Joe Biden to “walk the talk” and condemn the assassination of Dr. Mohsen in a tweet on Saturday.

Biden, we need you to walk the talk about being bold. Yes, be bold. Condemn the horrific assassination of the Iranian scientist. Even Sec. of State Hillary Clinton in 2012 condemned a similar killing and sent sympathies to the victim's family. https://t.co/SSahHzNQU0

UN secretary general António Guterres issued a statement asking for restraint and avoiding any action which can lead to the escalation of tensions in the region.