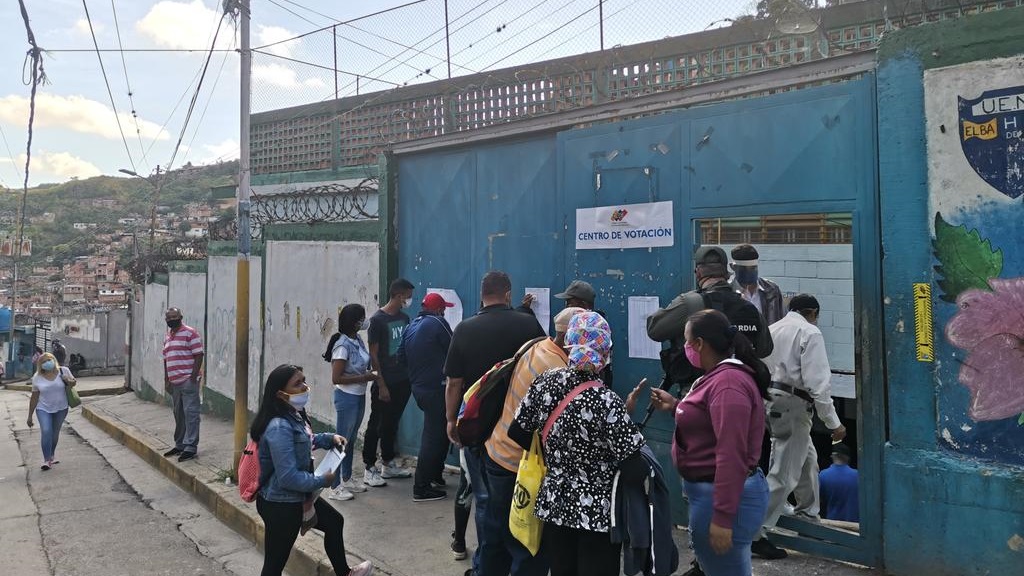 As many as 20.7 million Venezuelans are voting on Sunday, December 6, to elect 277 members of the National Assembly for a five year term (2021-2026). This will be the 25th electoral process since the Bolivarian revolution was initiated 20 years ago. Over 14,000 candidates from 107 political parties are taking part. 98 of the parties are from the opposition.

Despite this, far-right opposition figures Juan Guaidó and Leopoldo López have called for a boycott of the process and alleged that the process is fraudulent and illegitimate. In a press conference on Saturday, December 5, Guaidó said “Maduro and the regime is already clear that no one will recognize nor give legitimacy to this process.” Guaidó seemed to be referring to the United States and a handful of its close allies from Europe and Latin America who have already stated that they will not recognize the elections.

The European Union sent a delegation to Venezuela in September and attempted to impose conditions for the electoral process such as pushing them back by several months. Venezuela rejected the unilateral imposition of conditions that did not fall in line with its own constitution which stipulates that a new parliament must be sworn in by January 5, 2021. Consequently, the European Union decided to not send a mission of electoral observers. The Organization of American States, which has consistently spoken out against the democratically elected government of Nicolás Maduro, also did not send a delegation.

Guaidó complained that the “regime” was closed off to dialogue with European nations to guarantee “suitable conditions” for the elections. These are the same countries that have recognized Guaidó as “interim president” since January 2019. This recognition has not only led to further political instability but has also severely affected the economy, including through the retention of Venezuelan funds by banks that claim not to know who to recognize as the sovereign government. Meanwhile, the economic blockade of Venezuela and a tough sanctions regime over the years has led to the loss of tens of thousands of lives. The supply of essential commodities such as food and medicines has been severely affected.

This blockade is one of the many attempts to strangle the Bolivarian project which has been under attack since its conception under Hugo Chávez 20 years ago. This political process has directly confronted imperialist interests, pushing for sovereign control of Venezuelan resources in order to distribute the benefits among the people.

However, for Guaidó, the decision by Maduro to hold elections makes him, “more like Chapo Guzmán and even Pinochet.” Such statements by Guaidó regardless, the opposition in the country has seen many fractures in the past year. Many in the opposition have abandoned the violent tactics of Guaidó such as coup attempts and military incursions, and have opted for a political solution via democratic methods such as elections and dialogue.

How does the National Assembly impact all of this?

It is in this context that the elections to the National Assembly acquire greater significance. Over the past many years, this Assembly was a key element in the campaign against Bolivarian Venezuela. In 2015, the right-wing gained control over the Assembly.  The legislative body was used as a tool in attempts to overthrow the democratically elected government of Nicolas Maduro. With full support of the capitalist media, in January 2019, Juan Guaidó, a deputy and elected president of the legislative body, declared himself the “interim president” of Venezuela.

During his time as “president,” Guaidó and his far-right faction of the opposition tried their best to overthrow the Maduro government. They supported the economic and financial blockade of the country, called for foreign military interventions, squandered Venezuelan national assets abroad, and fomented political, social and economic destabilization.

Thus, the National Assembly was at the center of a narrative that the United States and its allies promoted across the world — that there are two governments and that deputy Juan Guaidó is authorized by law and the current National Assembly to be Interim President.

The elections of December 6 will see Venezuelans voting so that parliament can once again be the center of political debate among the diverse forces that reflect the plurality of the country and so that it can carry out its functions in compliance with the Constitution and respecting national sovereignty.

It is likely that once again, the US and its allies will attempt to portray the electoral process as fraudulent and rigged. However, the electoral system in place for these elections is exactly the same that has provided resounding victories to both Chavismo and the opposition in previous electoral processes. The 2015 parliamentary elections, in which the opposition won a large majority, were held under the same rules and protocols.

On December 6, Venezuelans will be voting in an election to exercise their right as citizens. It remains to be seen if the powers abroad will respect this sovereign decision by the people of Venezuela