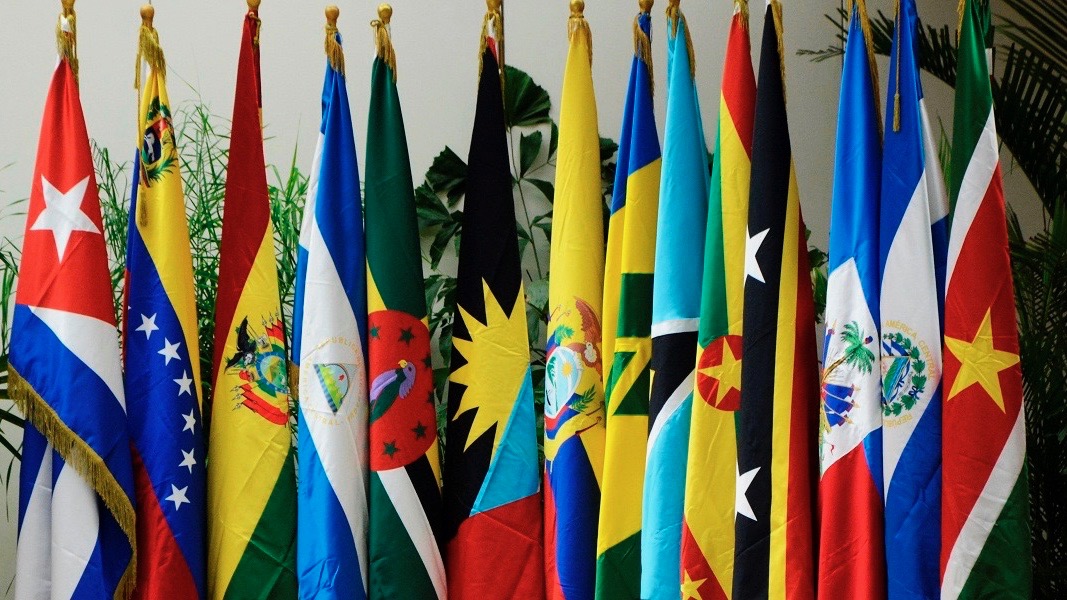 Today, on December 14, the member countries of the Bolivarian Alliance for the Peoples of Our America – People’s Trade Treaty (ALBA-TCP) will hold a virtual summit to celebrate the 16th anniversary of the regional integration organization. Photo: Venezuelan Ministry of People's Power for External Affairs

This December 14 marks 16 years since the creation of the Bolivarian Alliance for the Peoples of Our America – People’s Trade Treaty (ALBA-TCP). The member countries of the organization held a virtual conference today to celebrate 16 years of regional integration. Heads of state and prime ministers of all member countries, among other representatives are participating in the 18th Summit of the organization.

During the meeting, themes such as the political situation of the region and the challenges to economic recovery of each nation in the post-COVID-19 pandemic scenario will be analyzed. In addition, the return of the Plurinational State of Bolivia to the regional integration body will also be celebrated. Following the restoration of democracy and the defeat of the US-backed civic-military coup in the general election on October 18, the government of president Luis Arce re-joined the organization.

Bolivia has officially re-joined ALBA, CELAC & UNASUR. The former coup regime withdrew from these bodies because they stand for Latin American integration without the presence of the US. pic.twitter.com/XITce1wUNc

Earlier this year, on June 29, in the 20th Political Council and 10th Economic Council of the multilateral organization, the member countries agreed to coordinate efforts to face the effects of the pandemic and support each other in revitalizing the economies in the post-pandemic phase.

The bloc also stressed on strengthening strategic and economic alliances and creating a new socio-economic development model, based on regional self-sufficiency to build more inclusive and sustainable economies.

ALBA-TCP was founded in 2004 as a result of the strategic vision of Commanders Fidel Castro and Hugo Chávez. It is a platform for social, political and economic integration of Latin American and Caribbean nations “in defense of independence, self-determination and the identity of peoples comprising it”. It was created to serve as the counterpart of the Free Trade Area of ​​the Americas (FTAA), promoted by the United States to impose its economic domination in the region.

With the reincorporation of Bolivia, the bloc now has 9 full member states: Venezuela, Cuba, Nicaragua, Dominica, Saint Vincent and the Grenadines, Antigua and Barbuda, Grenada, and Saint Kitts and Nevis.