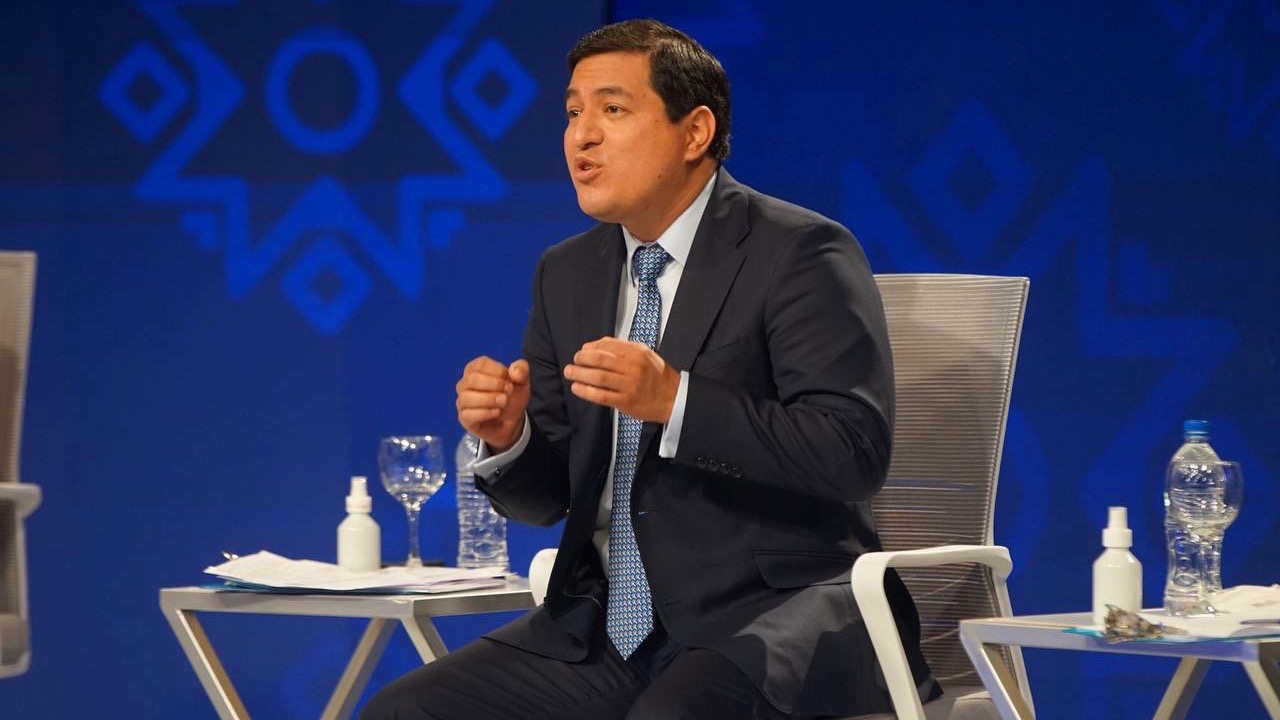 Andrés Arauz of the progressive Union for Hope (UNES) alliance is the preferred candidate in the presidential elections according to various opinion polls on voting intention. Photo: CNE/Twitter

The social, political and economic situation in Ecuador has seen a drastic deterioration under the mandate of president Lenín Moreno. Moreno, who served as vice-president under progressive president and leader of the Citizen Revolution Rafael Correa, did an egregious volte-face after being elected president of the country.

Instead of continuing the legacy of progressive, pro-people, pro-Latin American integration policies, Moreno quickly allied himself with imperialist forces and implemented a series of neoliberal measures, especially following the 4.2 billion dollar agreement reached with the International Monetary Fund. His actions did more than show a shift in allegiance, they had material impacts and brought tens of thousands of Ecuadorians onto the streets in a series of protests and uprisings to roll back the regressive anti-worker, pro-privatization measures.

Moreno’s neoliberal model was put to a test over the past year during the COVID-19 pandemic. In the early stages of the pandemic, healthcare facilities in the public system across the country experienced shortages of essential supplies. In the province of Guayas, serious cases outnumbered available ICU beds in the public system, causing many avoidable deaths in people’s homes in the last week of March. The number of dead rose so rapidly that even the funeral services were overwhelmed and families resorted to putting the bodies of their loved ones on the streets. These images made international news and were a sobering reminder of the human toll of neoliberal cuts.

In the midst of this crisis, on March 24, the Ecuadorian government allocated, on March 24, 325 million USD to pay the foreign debt bonds, going against the request of the National Assembly in the country and economists who all demanded that these resources be invested in the Ministry of Health.

In May 2020, in the name of saving the economy, Moreno announced massive public sector budget cuts of around 4 million USD. These cuts ranged from the closure of at least 10 public companies, reduction in the working hours and salaries of various public sector employees, closure of its diplomatic missions in four countries, among other measures. In the same month he also announced a 100 million USD cut in public education, also to allegedly save the economy.

Lenín Moreno has taken out huge amounts of debt with predatory financial institution IMF (4.2 billion USD in 2019 and 6.5 billion USD in 2020), he has gutted and dismantled the public sector, even health and education, and turned the country’s back on the rest of the continent in exchange for close relations with the United States. However, his mandate will end in May and a new leader will take over the country.

Andrés Arauz of the progressive Union for Hope (UNES) alliance, is the current front runner in the general elections scheduled for February 7 in Ecuador.

35-year-old Arauz is an economist and is currently pursuing a doctorate in financial economics at the National Autonomous University of Mexico (UNAM). He is supported by former president Rafael Correa and is running in the elections for a coalition of left-wing Democratic Center and Social Commitment Force parties.

During Correa’s government from 2007-2017 he served in various posts such as the Minister of Culture and the Minister of Knowledge and Human Talent between March 2015 and 2017. He also served as the Director of the Central Bank of Ecuador between 2011 and 2013. Various economic experts believe that Arauz is the most suitable candidate to lead the country in the midst of cascading crises facing Ecuador.

How does Arauz plan to address the crisis?

In the mandatory debate held on January 16 & 17 organized by the National Electoral Council (CNE), candidates answered questions on the topics of economy and employment; education, health and vulnerable groups; corruption and democratic institutionality; and international relations and human rights. Arauz stood out for his proposal of a model of social protection in contrast to a neoliberal economic model proposed by the majority of candidates.

Commenting on the revival of the economy and generation of employment opportunities, Arauz reminded that he belongs to the party of a person (Correa) who “enabled the transformation of our country and gave us work, future and dignity.” He recalled that during Correa’s administration, they “managed to reduce tax evasion and collected taxes from those who were used to evading it.” In this regard, he added that while the current government had forgiven corporate tax, his government will reduce tax evasion by big businessmen “with the help of technical measures such as controlling transfer pricing, overbilling, surveilling phantom firms and incorporating the technological exchange of information with the financial system.”

He also pledged to generate work and rescue families suffering indebtedness due to the recession caused by the COVID-19 pandemic. He promised that his government will give a 1,000 USD bonus to one million families during the first week of his government to help alleviate the situation and will use the money Ecuador has stored in Swiss banks for this purpose.

Regarding education, Arauz said that his administration wants education to be “the engine of social transformation.” He stressed that they will firstly bridge the gap in pre-primary education, which is lagging behind. He said that they will invest in educational infrastructure, school transport and universities. He guaranteed to make higher education affordable for everyone and proposed to increase seats in public universities and hire more teachers. He also promised to reintroduce international scholarship programs and strengthen internet connectivity in rural areas, which is essential for education in the times of pandemic.

With respect to the health sector, Arauz emphasized on the need to recover the public healthcare system. He promised to rehire healthcare professionals dismissed between 2019 and 2020. He vowed to invest in technology and reinforce the sector.

Arauz highlighted that he has already begun negotiations to procure coronavirus vaccines for Ecuadorians. He also presented a detailed vaccination schedule for the population, which includes 4 phases and specific dates for each of them to be met.

In December 2020, Arauz met with Argentine president Alberto Fernández to negotiate the contract to acquire 4.4 million doses of the vaccines, developed at the Oxford University, which will be produced in Argentina with support from Mexico. Arauz assured that the vaccines will be available in Ecuador on May 24, the day the new head of state will take office, and the first phase of immunization will begin on June 21.

In the matter of democracy, Arauz said that his government will create a fully participatory public policy and strengthen democracy. He reminded the citizens of the initiative presented by his alliance in December 2020, which invites citizens to share their ideas through Wikiplan, a digital tool that will collect their opinions to include them in his government’s plan. He stressed on the importance of participation of the country’s youth in his government.

With regard to corruption, he announced to adopt an open data policy, with which all public spendings, purchases, administrative decisions and judicial functions will be made available to the general public so that they can detect corruption themselves. He said that they will work to encourage citizens’ participation in defining the future of the country.

Arauz committed to stop Ecuador from becoming an international money laundering center and strengthen dollarization. He also promised to consolidate the national financial system and end corruption in banks and capital flight.

As part of his proposal to improve international relations, Arauz said that it is essential to recover regional integration, through the Union of South American Nations (UNASUR), to “regain negotiating strength.” He pointed out that in the event that UNASUR had not been eliminated, the health crisis would have been better handled at the regional level and large doses of vaccines could have been negotiated jointly, to benefit the population. He recalled his deal with Argentina to obtain vaccines, to illustrate the benefit. He reiterated that regional integration and cooperation is an indispensable instrument to promote health, science, and technology networks.

Arauz has vowed to work for the people, recover the economy and return Ecuadorians their dignity.