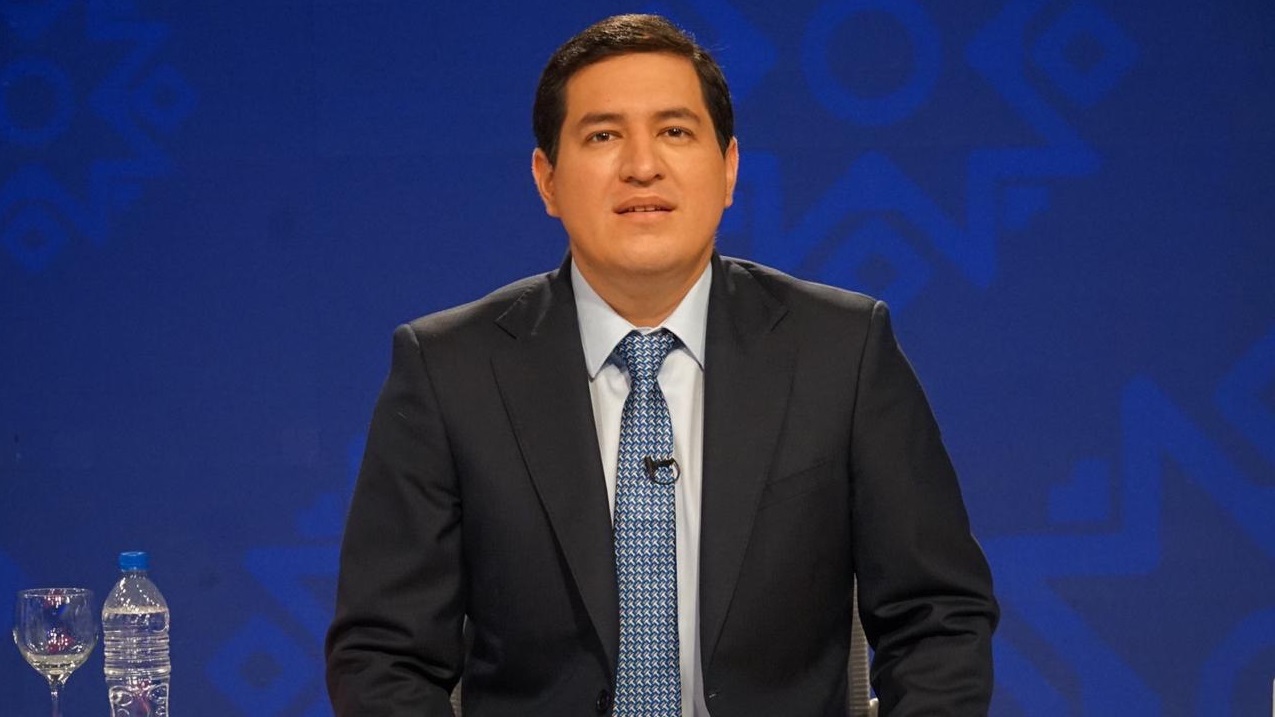 The presidential candidate of the progressive Union for Hope (UNES) alliance, Andrés Arauz, has emerged as the top contender in the majority of opinion polls on voting intention for the Ecuadorian general elections that will be held on February 7. The UNES is a coalition of the left-wing Democratic Center and Social Commitment Force parties, led by former president Rafael Correa.

According to a study conducted by well-known Ecuadorian analyst Omar Maluk, the results of which were released on January 26, Arauz leads the voting intention with 39.2% of the votes. In the second place is Guillermo Lasso of the right-wing coalition of the Creating Opportunities  ( CREO) party and Social Christian Party (PSC) with 21.8 % of the votes. Yaku Perez of the Indigenous Pachakutik Plurinational Unity Movement party is placed third with 14.4% of the votes. The rest of the 13 candidates contesting for the presidency are set to receive between 6.2% and 0.6% of the votes, according to the study.

The data is based on the evaluation of the electoral scenario after taking into account who would benefit from the votes that might have gone to Alvaro Noboa, presidential candidate of the right-wing Social Justice Movement (MJS) party. Noboa could not take part in the elections due to delays in registration by the National Electoral Council (CNE).

The study’s results give Arauz a lead of 17.4% over his immediate competitor and suggest that he is just 0.8% of the votes away from a first-round victory. These results are significant as they come just 11 days prior to the general elections.

Maluk has also offered comparative results of various pollsters, the majority of which show Arauz to be leading. His study has also revealed that Arauz is receiving great support from the provinces of Manabí, Esmeraldas, Los Ríos and Guayas, strong bases of former president Correa.

Correa was in office from 2007 to 2017 and continues to enjoy strong popular support in the country. His rule was characterized by large-scale social welfare programs and public infrastructure projects, particularly in the education, health and housing sectors. During his 10-year tenure, Ecuador’s economy saw an average annual growth of about 3%, and poverty and extreme poverty were reduced by 38% and 47% respectively.

Political experts suggest that Correista voters may see Arauz as a return to the good times of Correa’s decade in office. At the same time, various economic experts believe that Arauz, who is an economist, is the most suitable candidate to lead the country in the midst of the cascading crises facing Ecuador. Likewise, many progressive leaders argue that Arauz’s victory is also important for strengthening the regional integration and the anti-imperialist movement growing in the Latin American region.

Under the current president Lenín Moreno, Ecuador is witnessing one of the worst economic recessions in its history. The social, political and economic situation of the country is deteriorating. Moreno’s anti-people, pro-corporate, neoliberal policies have forced a large section of the population to resort to loans to be able to meet their daily expenses.

Arauz has promised to roll back Moreno’s austerity policies. He has also promised to generate employment opportunities, provide social security to low income and vulnerable populations, and increase investment in public education, health and infrastructure projects. He has begun negotiations to procure coronavirus vaccines for Ecuadorians and has presented a detailed vaccination schedule for the population to deal with the health crisis.

On February 7, over 13 million Ecuadorians will get the opportunity to vote and choose between Lasso’s neoliberal economic model and Arauz’s model of social protection.