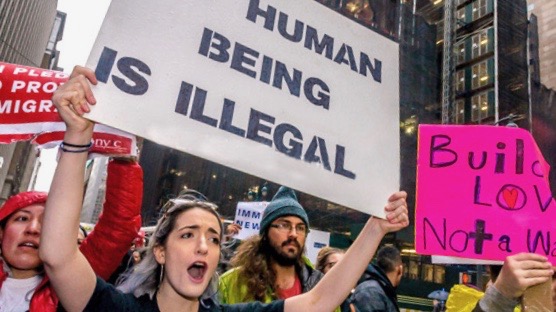 A federal judge in the United States stayed the recently passed deportation freeze by the Joe Biden administration. In a decision made by district judge Drew Tipton of the Southern District of Texas on January 26, Tuesday, a temporary restriction of 14 days was placed on the 100-day moratorium on deportations that Biden brought into effect last week. The decision was made in a complaint seeking to overturn the deportation freeze by the attorney general of Texas, Ken Paxton, representing the State.

The deportation freeze applied to a wide group of people, covering almost all cases of undocumented immigration before November 2020. The decision is part of fulfilling Biden’s election campaign promise to reverse some of harshest anti-immigration policies by the previous administration.

The US Department of Homeland Security (DHS) sent out memos to this effect to State and local officials across the country on January 22. Paxton filed the complaint after the memos were released. The judge stated in the decision that the Biden administration had “failed to provide any concrete, reasonable justification for a 100-day pause on deportations.”

In the complaint, Paxton claimed that the moratorium on deportations will hike the cost of healthcare, education and other facilities in the State due to the presence of undocumented immigrants. But Paxton is yet to substantiate the claim or offer an estimate of the hiked costs. The two parties to the complaint will have a 14-day period to file their arguments and responses.

Paxton is a Republican and part of the ultra-conservative right-wing Tea Party Movement, while judge Tipton is one of the federal judicial appointments made by former president Donald Trump. Paxton, along with the Republican leadership in Texas, have been long time advocates of hardline anti-immigration policies and supported Trump on the issue.

Civil rights groups have strongly criticized Tipton’s decision to prevent the implementation of the deportation freeze while the case continues. In a tweet, the American Civil Liberties Union (ACLU) said that voters “rejected Trump’s disastrous immigration policies, but Texas is now seeking to keep Biden from turning the page. This initial, tentative, and hasty decision is wrong.”

Amnesty International and immigrant rights groups have also criticized the decision and echoed similar concerns. The Biden administration is expected to appeal against the restriction in higher courts.