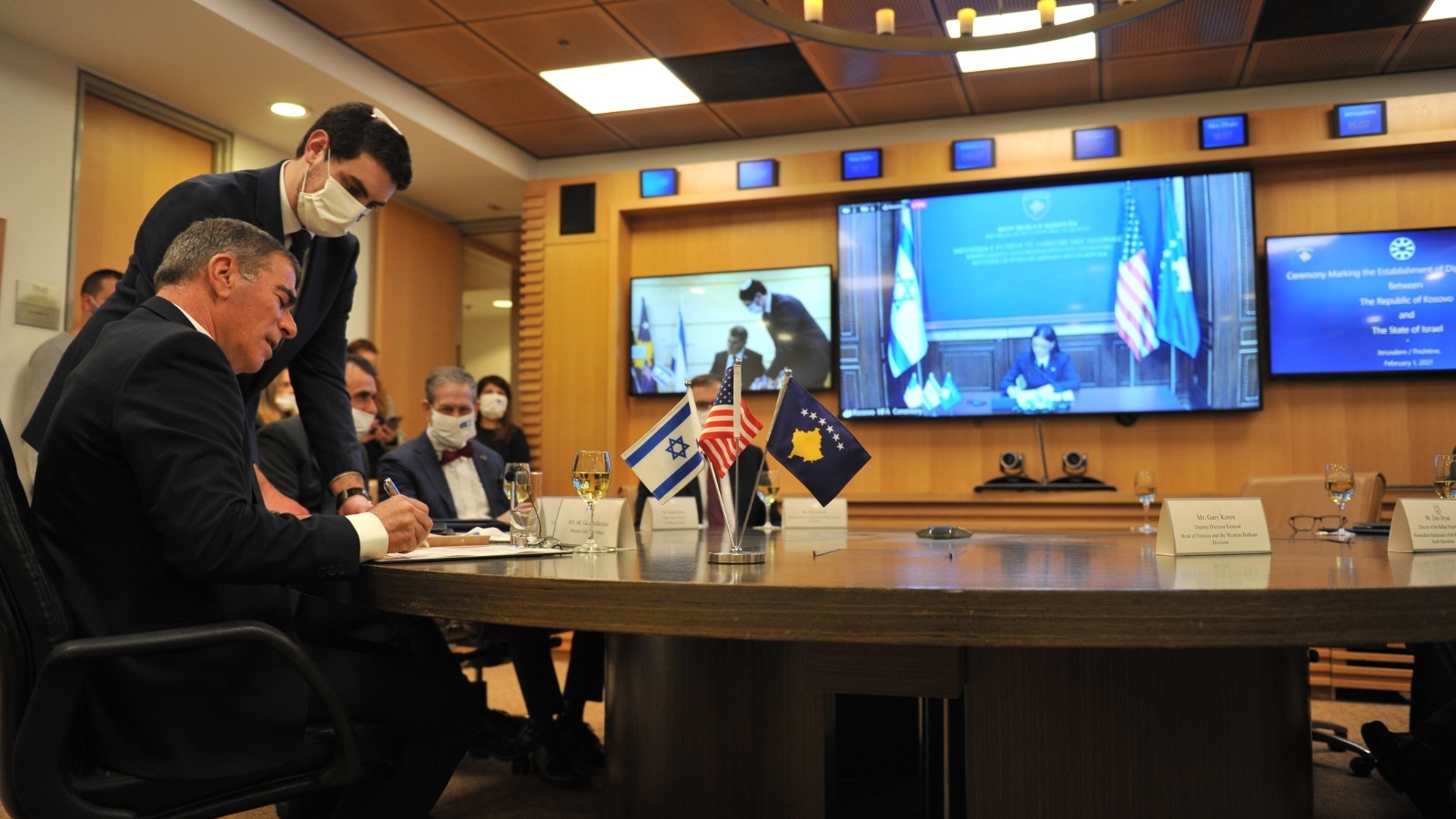 The foreign ministers of Kosovo and Israel signed a declaration in a virtual meeting on Monday, February 1, to establish diplomatic relations between the two nations. Kosovo will recognize Israel, while Israel will become the 117th state to recognize it.

Kosovo’s minister of foreign relations Meliza Haradinaj Stublla in Pristina and her counterpart Gabi Ashkenazi in Israel signed the joint declaration. The online ceremony was also attended by the US deputy assistant secretary Matthew Palmar.

The agreement was part of a deal brokered by the Donald Trump administration in September last year. It is also a part of the overall policy of the US to end Israeli diplomatic isolation among Muslim-majority countries.

Speaking at the ceremony, Stublla thanked the US saying that, “Recognition by Israel is one of the greatest achievements for Kosovo, coming at a key moment for us, thanks to the United States of America,” Middle East Eye reported.

The US administration has got several Arab countries normalize their relationship with Israel last year proposing various diplomatic, political and economic “gains” in return. Following aggressive US lobbying, the UAE, Bahrain, Morocco and Sudan announced normalization deals with Israel under the so-called Abraham Accords in 2020.

Kosovo also announced plans to open its embassy in Jerusalem. Kosovo will become the third country after the US and Guatemala to do so.

The move has been widely criticized as Jerusalem is not internationally recognized as Israel’s capital as it is a part of the occupied Palestinian territory.

The US, breaking its own convention to not recognize Jerusalem as Israeli capital, decided to shift its embassy there from Tel Aviv in 2018.

Though during his election campaign president Joe Biden had criticized Trump’s move to shift the US embassy to Jerusalem, he has also refused to move it back to Tel Aviv.

Kosovo, a country of around 1.8 million people, was a part of the erstwhile Yugoslavia. After its disintegration, it became a part of Serbia. Following ethnic clashes between Serbs and Bosnians in the late 1990s, Kosovo declared independence from Serbia in 2008. Kosovo’s claim of sovereignty has been disputed by Serbia and its independence has been recognized by 117 countries, including Israel, so far.

Several countries, including Turkey, have criticized Kosovo’s move to recognize Jerusalem as the Israeli capital calling it violation of international law and UN resolutions. When the news of Serbia and Kosovo recognizing Israel first surfaced, the Palestinian Authority had warned that it will sever all ties with countries which open their embassies in Jerusalem.

Kosovo also announce the adoption of the definition of antisemitism by the International Holocaust Remembrance Alliance (IHRA) which could have implications on the functioning of pro-Palestinian movements such as the Boycott, Divestment and Sanctions (BDS) movement.

1300+ academics and lawyers are calling on academic and government institutions around the world to cease censoring and penalizing defenders of justice for Palestinians.

They’re warning against adoption of the discredited IHRA definition of antisemitism.https://t.co/aoKwoAZVNz