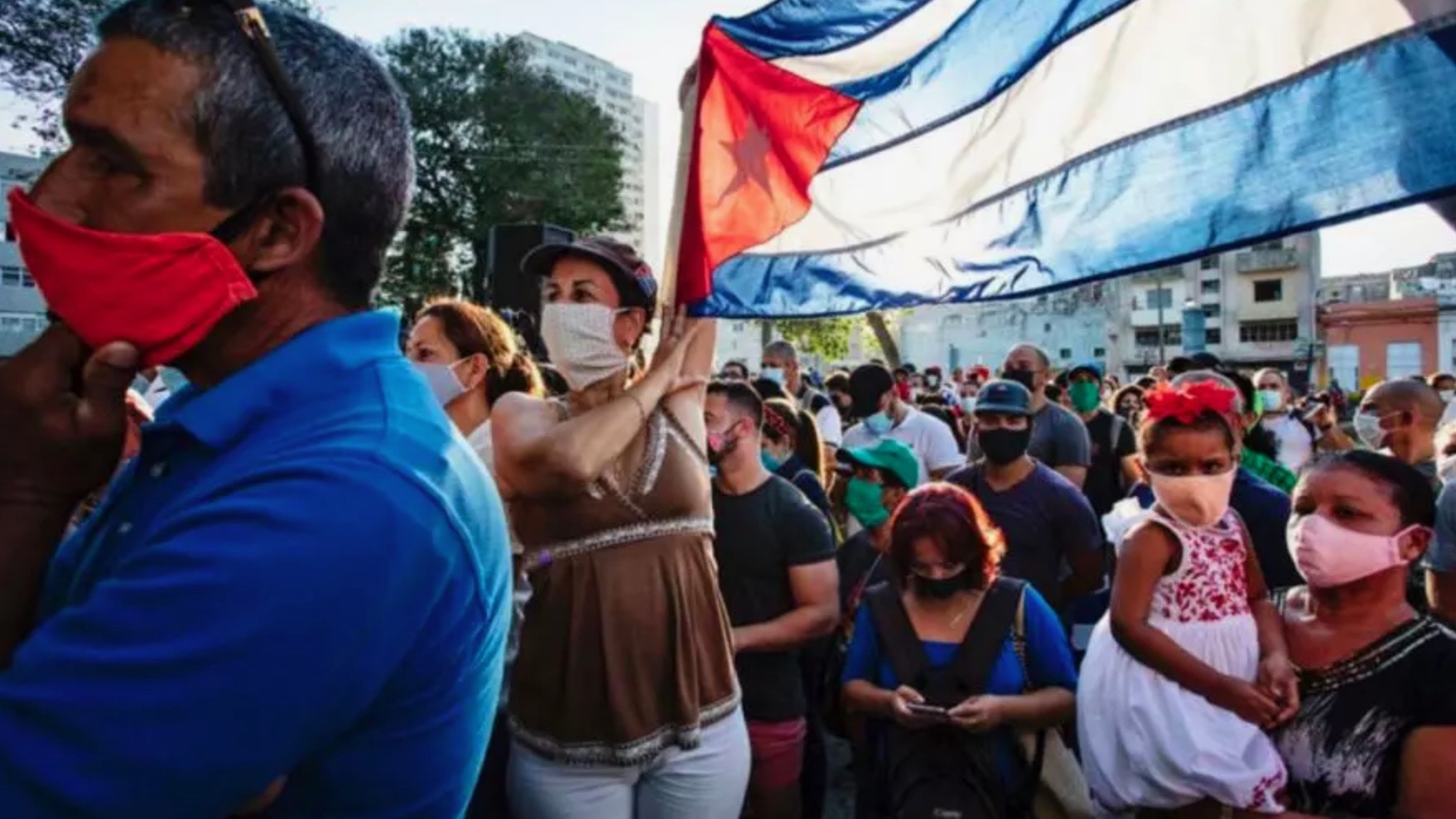 We are in the era of soft coups. Old-fashioned coups d’état and invasions get terrible press. The images of US troops invading the Dominican Republic in 1965 or marching through El Chorrillo in Panama in 1989, for example, produced resentment and anger. Over the years, US military interventions in Latin America have fallen into disrepute and gone out of style.

A soft coup, on the other hand, is when a group of people who are in the minority masquerades as the majority, creates controversies and confrontations, and wears down the majority until everyone gives in to their immense pressure. Examples of this are visible in Honduras in 2009 and in Brazil in 2016, as well as in Bolivia in 2019, where a coup has been overturned by the announcement of the presidential election results in October 2020. Cuba and Venezuela have so far withstood the force of a soft coup, but the pressure is unrelenting.

Soft coups are more complex to understand than hard coups or interventions by the US Marines. This is because soft coups often feature information wars, in which archetypes of dictators and freedom fighters are used by the United States to define international relations. A remastered epic is also shaped by false speeches of heroism by the protagonists selected by the United States.

Cuba is no stranger to US pressure, with invasions, assassination attempts and a blockade shaping the life of Cubans. Over the years, there have been several attempts to conduct a soft coup against the Cuban Revolution. In November 2020, a small group of people who think they are freedom fighters barricaded themselves into a house in the San Isidro neighborhood in Old Havana. Legitimate issues got swept into what appeared to be another attempted soft coup: a dialogue between artists and cultural institutions, political opportunism, the pandemic, and a deepening economic crisis worsened by the new round of unilateral measures imposed by the outgoing Trump administration (which include blocked remittances, more financial sanctions, and persecution of oil tankers).

Cuba has faced economic punishment since 1960, only a year after the triumph of the Cuban Revolution. But, since 2017, the island has suffered an escalation of economic sabotage efforts directed by the United States, which increased during the COVID-19 pandemic. The so-called San-Isidro Movement (MSI), which has been widely covered in the media, has an undeniable link to this process of a soft coup. Denis Solis, a rapper and a leader of the MSI, has admitted that he received money from individuals in the United States. This appears to be another effort by Trump to stoke tensions and to complicate the transition to the Biden administration (who intends to try to restore some balance to bilateral relations after four years of Trump’s delusional efforts to overthrow the Cuban Revolution).

Cubans suffer the effects of collective economic punishment. The crackdown on travel and remittances from the United States—including forcing the closure of the more than 400 Western Union branches in Cuba—has depleted the primary source of income for many artists, small private entrepreneurs, and hundreds of thousands of Cubans. The suffering is palpable; it translates into long queues to access food, medicine, and fuel, and increases the difficulty of running small restaurants and family-run hotels. It means that Cubans are not able to hug loved ones who live in the United States.

Made in the United States of America

Despite the attempts to destabilize life in Cuba, the collective networks and the Cuban state have managed to provide services and retain a high level of social cohesion. It did not take long for the San Isidro feint to fall apart without causing any damage or anyone getting hurt.

But the United States government could not let this fracas go without turning it into an epic film about good and evil. The chargé d’affaires of the US Embassy in Havana, Timothy Zúñiga-Brown, transported some of the protagonists of the MSI in his car, while high-ranking officials of the US State Department called these soft coup protagonists their “colleagues.” Some of these protagonists have openly proclaimed their sympathies for Donald Trump—in fact, Solis publicly recognized Trump as his president; members of the MSI also mentioned that they received funds from the United States for “democracy promotion.”

Tracey Eaton, a Florida-based journalist, has documented that the US government has spent between $20 million and $45 million per year since 1996, when it began to financially support groups to provoke a “regime change in Cuba”; this money—more than $500 million—was provided under Section 109 of the Helms-Burton Act of 1996. There is no public information on how much has been spent on covert operations, or specifically on the San Isidro plot.

Efforts to confirm what is in these “democracy promotion” programs are not easy to track; the lack of transparency of these programs shows their hypocrisy. Eaton has had some success through the Freedom of Information Act (FOIA), but there is a lot that is unknown about these operations. During the Obama years, requests for information on “regime change” were denied. Many of these operations violate both Cuban and US laws. An article written by the New York Times editorial board in 2014 shed some light relating to this issue. Alan Gross, a contractor for the US Agency for International Development (USAID), was arrested in 2009 in Cuba on a “clandestine USAID mission to expand Internet access using sensitive technology that only governments use,” according to an article in Politico. Shortly after this, the US government carried out a program that led to the development of an anti-government Twitter-like system by Creative Associates International (based in Washington, D.C.) called ZunZuneo. The object of this platform, as the New York Times put it, was to “provide Cubans with a platform to share messages with a mass audience, and ultimately be used to assemble ‘smart mobs.’”

Information about these programs is rare, since the US government treats them as highly classified. Even those who are supposed to have oversight over them do not know about them. Information only leaks when the programs fail, which happens frequently.

During the Trump era, the US government created a web of hundreds of digital media outlets, mainly headquartered in Miami, to spread disinformation about Cuba. The objective of this web is to provide an echo chamber, to amplify toxic information about events on the island and to project the objective of the US government as something that emerges from Cubans themselves. This is part of the Fourth Generation War, Unconventional War or Hybrid War, which is the sophisticated form of warfare used by the US government to create psychological and cultural chaos and drive Washington’s agenda into a scorched-earth landscape of politics.

Ed Augustin of the Guardian interviewed Esteban Rodríguez, one of the people involved in the San Isidro episode and a correspondent with ADN Cuba; this media company, which is based in Florida, received a grant of $410,710 in September 2020 from USAID, according to the article in the Guardian. Rodríguez further described the White House’s restrictions on remittances as “perfect”; however, Augustin wrote that the ADN correspondent was “falsely claiming the bulk of the money sent ends up in state coffers.” Rodríguez further said in the article, “If I was in the US, I’d have voted Trump.” This is a so-called impartial reporter who was responsible for adding fuel to the San Isidro fire.

The purpose of the soft coup is to provoke a violent response from the Cuban government, which would be inflamed by people like Rodríguez and would serve as a pretext for the destabilization of the country.

Think tanks in the United States that otherwise egg on these sorts of incidents and episodes nonetheless know that they have little impact on the island. On December 22, 2020, the Inter-American Dialogue, while referring to MSI, said that “the Cuban government is not close to ‘collapsing’ and ‘falling’, and it would be a serious mistake to underestimate its capacity to mobilize to face the crisis.” Faced with these events, the government has reacted as a compact body, without showing public fissures. It also recommended that Biden stay away from Trump’s tactics and noted that the Cuban government will not engage in “dialogue with a gun to the head.”

The San Isidro events provide another example of the US government’s attempt to create a soft coup. Meanwhile, inside Cuba, there is another reality, one that the world does not see. This is a reality that says that Cuba will not succumb to this pressure and that will not allow the hatred from Washington to succeed; it will always fail.