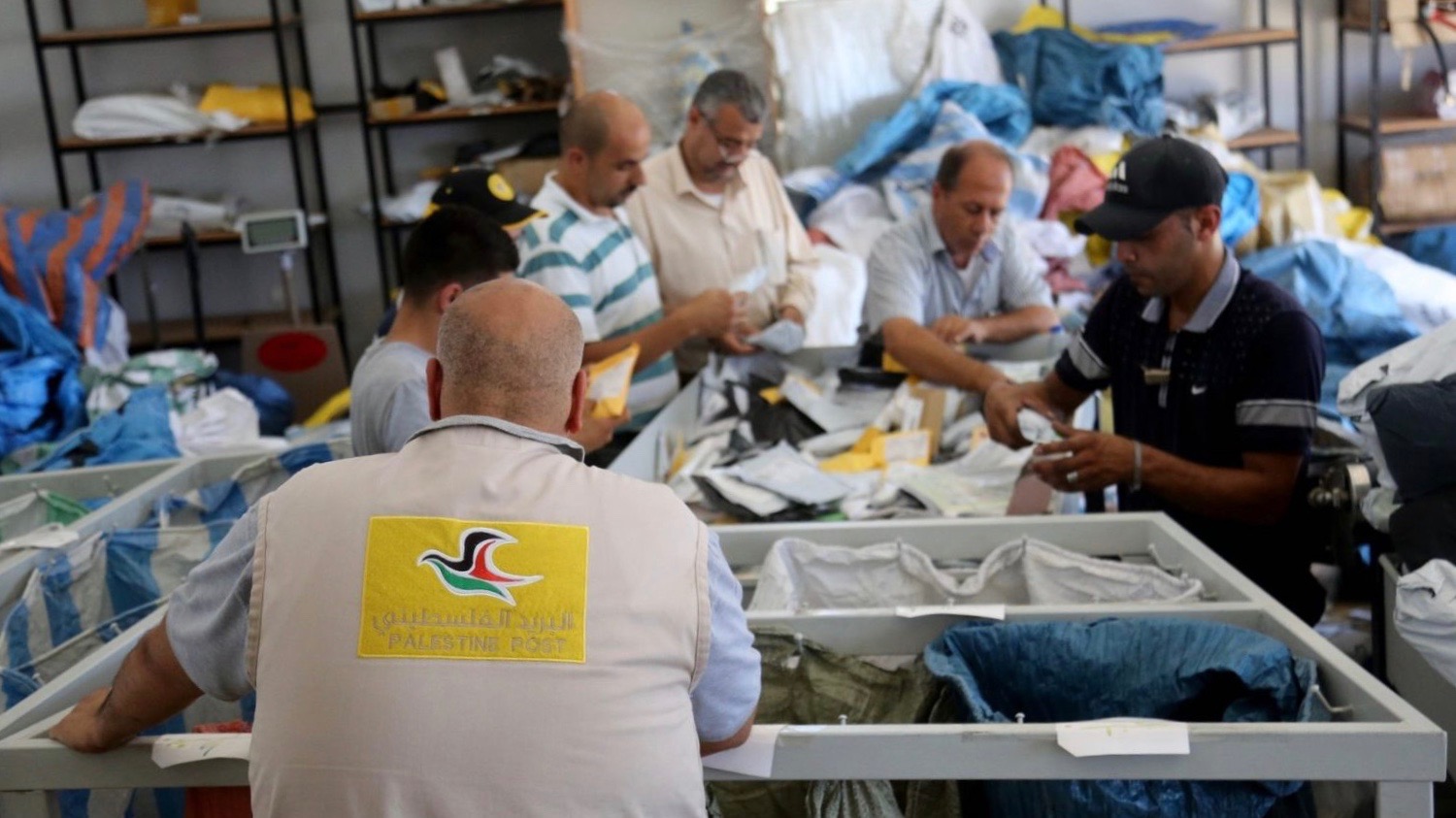 Palestinian minister of communications Ishaq Sidr told reporters, “from April, postal items that do not bear a Palestinian postal code will not be processed,” saying that it is a question of Palestinian rights. He added that the PA asked the Universal Postal Union on Sunday to notify member states about the Palestinian postal codes that will soon be ready. Currently, Palestinians have to rely for postal services on Jordan and Israel.

The minister revealed that more than six tonnes of Palestinian mail is held up in Jordan since 2018 as a result of Israel’s refusal to complete the deliveries. Occupied West Bank and East Jerusalem, which are under Israel’s military occupation, receive mail and customs after inspection and clearance by Israeli authorities as Israel controls the entry and exit of all goods inside the Palestinian territories. Sidr said that with the introduction of the Palestinian postal codes, postal services like parcel delivery and postal sorting will become more timely and efficient. The move will also contribute to the establishment of a Palestinian addressing system, useful for many related sectors such as logistics and ambulance and emergency services.

According to Palestinian data, over 7,000 postal violations by Israel were recorded in 2020. In many cases, Israeli personnel had illegally opened packages and confiscated them, and even started investigations into some of the deliveries.

Despite a 2008 agreement whereby the Israeli government agreed to give Palestinians more authority and autonomy over the operations and handling of their own postal deliveries, Israeli authorities have created numerous problems for Palestinians who used its postal services to send or receive packages. Israel started withholding and seizing Palestinian deliveries, which resulted in an enormous postal backlog of Palestinian packages. Al Jazeera reported that in addition to letters and parcels, essential items have been held up, like a wheelchair which has been stuck in neighboring Jordan for eight years.

Palestinians have often had to use the services of private courier companies like Fedex and DHL, fearing disruptions, delay or seizure of their packages. Such companies are comparatively much costlier than government-operated postal services. The use of Palestinian postal codes could bring down mailing costs.

According to the official Palestinian WAFA news agency, close to half a million buildings in the occupied West Bank have already been allotted postcodes for use when the postal services become active. WAFA reported that the allotment of postal codes will also be extended in the near future to cover the besieged Gaza strip, which has been under a brutal Israeli land, air and sea blockade since 2007.