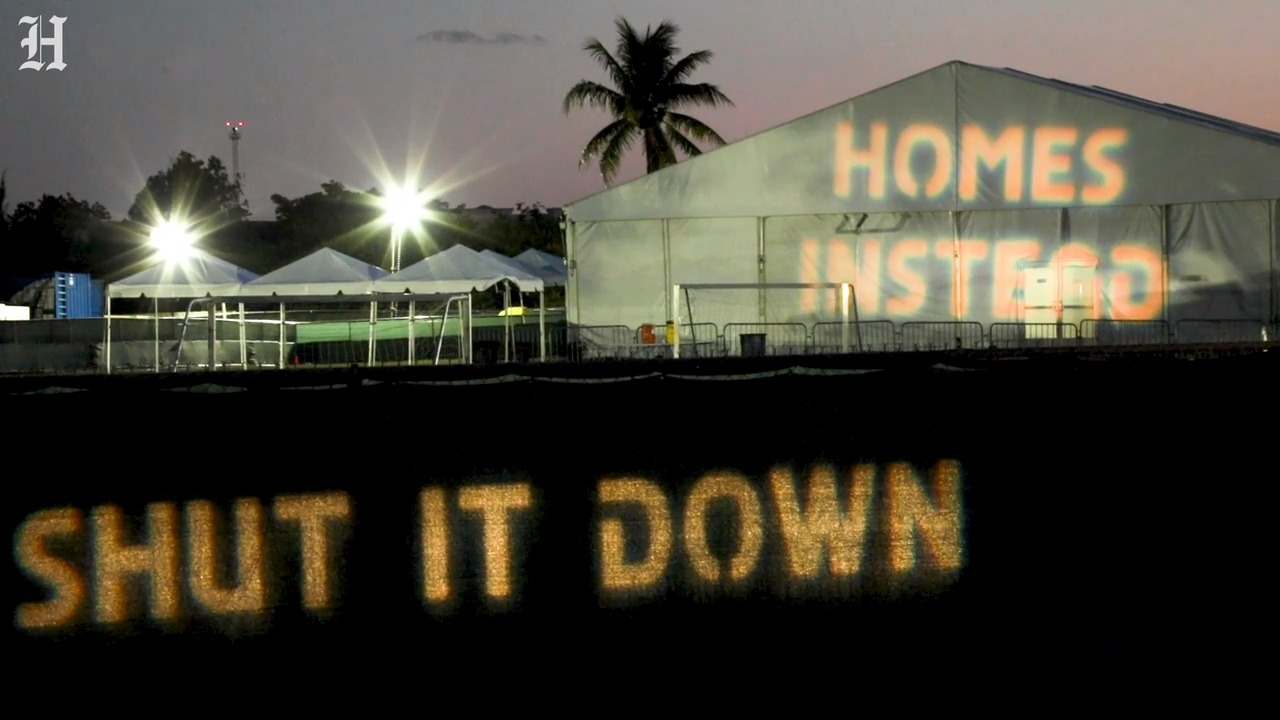 Detention facilities for unaccompanied immigrant children which were shut down during the Trump era following severe criticism have been reopened under the Biden administration. Media reports stated that the highly controversial Trump-era Homestead Temporary Shelter for Unaccompanied Children has been reopened as Biscayne Influx Care Facility in Homestead, Florida. On Monday, another Trump-era detention facility for unaccompanied minors opened in Carrizo Springs, Texas, to house around 700 immigrant children.

President Biden had promised to reverse several anti-immigration policies of his predecessor, Donald Trump. But the decisions taken so far have received widespread criticism for continuing the existing policies, with the opening of the detention facility being another. Immigrant rights activists, especially those who campaigned to have these child detention facilities closed down during the Trump administration, expressed their dismay at the reopening.

When pressed about the matter, the White House press secretary Jen Psaki claimed that the measure was a temporary one, and that facility is to act like an overflow facility to follow COVID-19 protocols. But activists have called out this reasoning as the US continues to detain the increasing number of unaccompanied minors who cross international borders.

In a statement released by Amnesty International USA, their refugee rights researcher Denise Bell stated that, “A government agency is not a parent for children. We don’t want them held in detention or in facilities that don’t meet their best interests.”

“I condemn the actions of the Biden administration for being a hypocrite and calling for family reunification while at the same time opening these influx centers. His rhetoric may not be anti-immigrant, but his actions are. This is shameful, disgusting, and indefensible,” said Lis-Marie Alvarado, director of the Florida chapter of the American Friends Service Committee, which worked to close down the facility, while speaking to Miami New Times.

Linda Brandmiller, a immigration lawyer from San Antonio, Texas, who represents detained immigrant minors, told the Washington Post that the reopening of these facilities are “unnecessary, it’s costly, and it goes absolutely against everything [President] Biden promised he was going to do. It’s a step backward, is what it is. It’s a huge step backward.”

The Homestead center was opened in June 2016 as a juvenile home and closed in April 2017. It was later reopened in 2018 by the Trump administration without a public notice and was operated as a detention center for immigrant children. It was closed in August 2019 after protests and interventions by federal legislators of the Democratic Party. The Democrats who called for its closures included the current vice-president Kamala Harris, former presidential candidates Elizabeth Warren and Bernie Sanders, and progressive legislators like Alexandria Ocasio-Cortez and Ilhan Omar.

The Carrizo Springs facility was opened under the Trump administration in July 2019 and abruptly closed the same month.

Ocasio-Cortez was among those who also came out very strongly against the Biden administration over the move. She also took to Twitter to criticize arguments that reopening the facility was a necessary humanitarian move.

This is not okay, never has been okay, never will be okay – no matter the administration or party. https://t.co/AEV7s7QQnB

And whether facilities w/ controversial records (ex. Homestead) should even be reopened https://t.co/OWhlST42eF