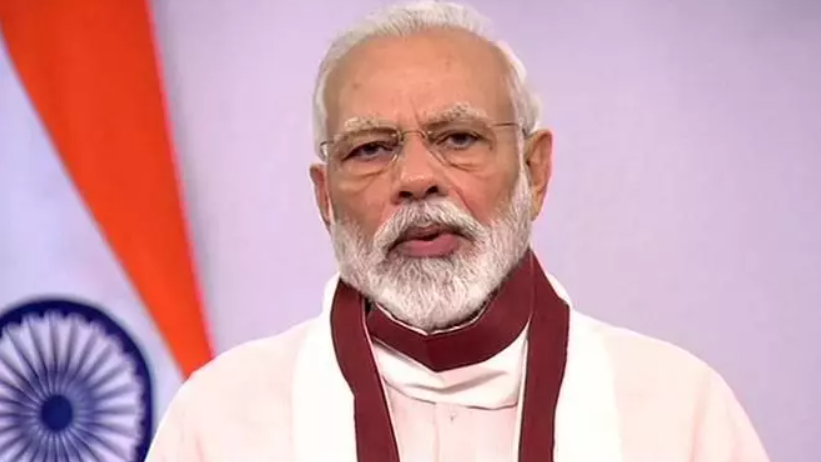 About one and a half months ago, 0n March 1, 2021, India recorded 12,286 new COVID-19 cases. On April 16, the new cases number touched 234,000. That’s a nearly 20-fold jump in six weeks. Nothing can sum up the ferocity of this second wave of the pandemic. Daily new cases are more than twice the peak in September last year. [See chart below, based on health ministry data collated by NewsClick’s Data Analytics Team] The total number of deaths has crossed 175,000 since the pandemic began, and the number of active cases was reported to be nearly 140,000 on April 16. Could the Central government, led by Prime Minister Narendra Modi, have responded to this unmitigated crisis better? Or, is everything under control, a feeling you may be pardoned to deduce, if you see the gusto with which the PM, his Home Minister and various ruling party luminaries are out campaigning in West Bengal’s frenetic State legislative assembly election.

A series of miscalculations and, perhaps, neglect of the looming crisis can be seen. Remember, COVID cases started rising with alarming speed around the beginning of March, as the chart above shows.

Six weeks is a long time, especially when you can see that the whole world is facing a deadly new wave of the pandemic. But the Modi government – as happened last year – went about preparing for meeting this fresh challenge in a lackadaisical way. Here are some of the ways in which it failed, thus pushing hundreds of thousands into the embrace of the disease.

It was always a fallacy to believe that vaccines would resolve the COVID crisis. The number of vaccine doses needed to immunize a sufficiently large number of Indians to achieve the upper hand on the coronavirus was staggeringly large, and more importantly, the double dose vaccination required a huge marshaling of manpower and other resources to be finished in weeks. It would mitigate the effects but not vanquish the virus.

Even then, some of the steps taken by the Modi government have been breathtakingly faulty. First, the government exported or gifted about 65 million doses of the vaccine to various countries in the world, garnering praise for its generosity. Now, the same government is hurriedly trying to import vaccines from various sources to meet the country’s own requirements. This kind of cavalier attitude is unheard of anywhere in the world.

It has been reported that the government delayed in negotiating and firming up its own needs as far as AstraZeneca/Covishield vaccine is concerned. It is reported that India spent a long time negotiating prices with the Serum Institute of India (SII), which was producing the AstraZeneca/Covishield vaccine in India for the parent company. It seems that a full two weeks after Covishield was given clearance by Indian regulators was the final purchase order placed with the company, according to Reuters.

Meanwhile, the United States had put a prohibition on export of various components needed for vaccine manufacture and SII was left with the problem of being unable to meet the orders.

The anti-viral drug Remdesivir has been used to partially counter the coronavirus after clinical experience showed it helped. It’s not a cure, but for those patients struggling for survival, it was seen to help. In India, where this drug is locally produced, there was no government regulation or monitoring of either production or planning for future needs. As NewsClick reported, the manufacturing company just ran out of stocks, even as hoarders and black-marketers were selling it for thousands of rupees profit.

Since cases were rising consistently since the beginning of March, and in any case the experience of last year was there with the government, it should have monitored the situation and planned for more production well in advance. Now, it is scrambling to somehow retrieve the situation.

Despite last year’s experience of oxygen shortages, no plan was effectively made to boost supplies of medical oxygen. Then, as cases spiraled out of control, and oxygen too became a black market commodity, PM Modi summoned a meeting a few days ago to ‘review’ the oxygen situation. Subsequently, it was announced that production would be ramped up, transport by tankers would be eased, 50,000 tonnes would be imported and so on. All this needs to be done – but why only after the crisis has exploded?

As NewsClick reported, the Bharatiya Janata Party government in Madhya Pradesh had announced setting up of a new oxygen plant last year, after a similar crisis, but the plant is still years away from starting production. This appears to be the SOP (standard operating procedure) for dealing with crises – make big announcements to reassure people but then go back to ‘business as usual’ once the outcry dies down.

The board exam mess

Examinations for Classes 10 and 12, which are largely conducted by the Central Board of Secondary Education (CBSE) and various state boards, were to start from May 4, this year. These all-important exams – especially the Class 12 one – determine the fate of students’ careers and lives to a large extent.

On April 7, PM Modi delivered his usual ‘Pariksha pe Charcha’ (discussion on exams) virtually, giving tips to students on how to deal with exam-related tension, and exhorting parents and teachers on how to reduce this tension. This was amidst a growing clamor for postponing the exams because of the ongoing second wave of the pandemic. A week later, on April 14, PM Modi called a much-publicized meeting of top education ministry officials and later it was announced that the Board exams had been cancelled for class 10 and postponed for class 12.

The handling of the massive Kumbh gathering [a Hindu religious gathering] at Haridwar in the State of Uttarakhand, is perhaps one of the most serious missteps, flying in the face of the government’s own directives. Over 30 million people are reported to have gathered at the holy site in the largest gathering of Hindu devotees, organized primarily by the BJP-led State government.

It has been widely reported that all COVID precautions were thrown to the winds. The chief minister of the State was reported to have said that there should be no fear as the water of river Ganga would prevent infection. The Central government, which has been quick to come down heavily on restriction violators anywhere else, kept silent on the whole affair, presumably backing the State government.

Then, after senior seers of Hindu sects or akhadas were reported to have got infected, and one even passed away due to COVID, PM Modi suddenly tweeted on April 16, that it would be better if the Kumbh observances are now done only symbolically! Meanwhile, over 2,000 participants have got infected officially but in all likelihood, hundreds if not thousands more might have acquired the virus, and would be carrying it back to distant villages across the country.

These are but a few of the fumbling missteps that have marked the Modi government’s handling of the second wave. Seen in the context of the disastrous handling last year – the ill-conceived lockdown, the migrant crisis, the refusal to provide economic support to people, the destruction of economic activity, etc., – the gravity of this government’s sins against the people keeps mounting.

WHO Executive Board to discuss outbreaks of diseases old and new, financing and universal coverage
RECENT ARTICLES