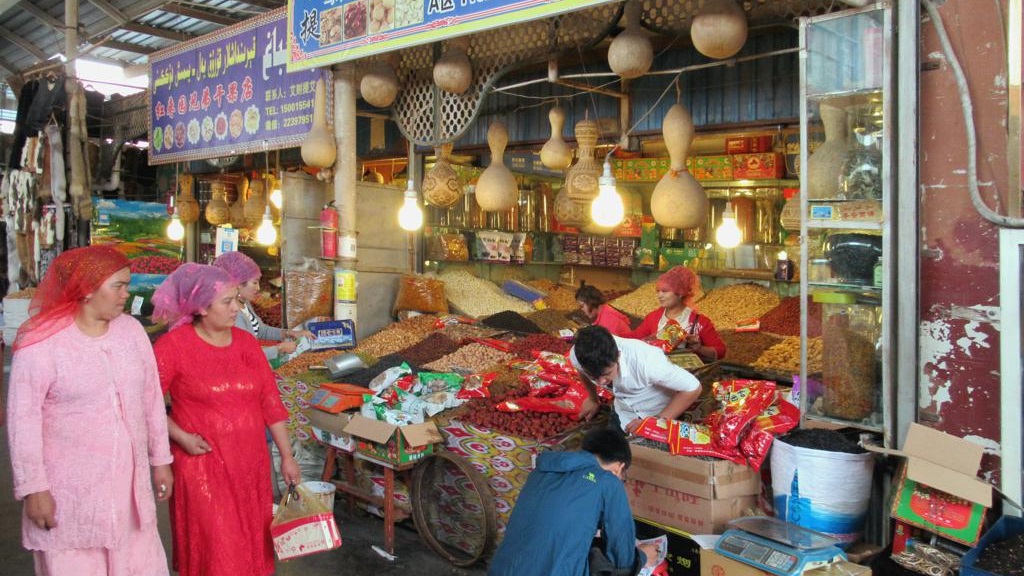 The Sunday bazaar in Kashgar. Photo: David Stanley from Nanaimo, Canada, CC BY 2.0 , via Wikimedia Commons

“Kashgar is a key location for the land and sea interface of the Belt and Road, connecting not only westward to West Asia, Europe, the Red Sea, and Africa, but also southward to the Indian Ocean through the port of Gwadar,” said Professor Li Bo of the China Research Institute, Fudan University. It is, he told us, “a core area of the Belt and Road strategy.” Kashgar, one of the westernmost cities in China, is the main urban area of the southern Xinjiang Uyghur Autonomous Region (XUAR). Traders from across Asia have assembled at its Sunday bazaar for 2,000 years.

More than 1,000 kilometers north of Kashgar is the town of Nur-Sultan, previously known as Astana, the capital of Kazakhstan. Here, in 2013, Chinese President Xi Jinping spoke about the need for a “Silk Road Economic Belt.” This Belt would include trade deals and transportation networks, cultural interactions and political connections. The project would become the One Belt, One Road initiative, which is now known as the Belt and Road Initiative (BRI). China’s National Development and Reform Commission released a report in March 2015 that planned for six economic corridors, which would be funded by more than $155 billion from the Asian Infrastructure Investment Bank and the Silk Road Fund. Since then, many of these corridors, which run from China into Central Asia and also down through Pakistan and Afghanistan, have been completed. In December 2020, a goods train traveled from Istanbul, Turkey, to Xi’an, China, covering 8,693 kilometers of this new Silk Road. The train carried Turkish appliances, which were meant for the Chinese market.

Accusations by the United States government and its allies about genocide and forced labor in Xinjiang have brought China’s westernmost province into the gaze of the international media. This approach toward Xinjiang defines the information war prosecuted by Washington. In our conversations with Professor Li Bo and Professor Wang Yiwei, director of the Institute of International Affairs at Renmin University, as well as intellectuals from Kashgar and Ürümqi (Xinjiang’s capital), we developed a storyline that includes the dynamics of Xinjiang’s social development, the threats of extremism, and the enfolding of its problems into the wider hybrid war unleashed against China.

“The economy of Xinjiang is not as good as that of the eastern coast [of China],” Professor Wang Yiwei told us. This reality was understood 20 years ago when the Chinese government launched the Western China Development Program (Xībù Dàkāifā) in 1999. In 2010, Kashgar was designated as a special economic zone with the intention of drawing investment into southern Xinjiang to tackle high poverty rates and to shape the province into a gateway to Central Asia and Europe.

At the 18th National Congress of the Communist Party of China in 2012, the delegates made Xinjiang’s development a priority. Construction of infrastructure, development of energy sources, linkage of Xinjiang’s economy with the BRI, and the development of talent emerged as the main avenues for the province, Professor Li told us. By 2019, Xinjiang’s government announced that between 2014 and 2018, 2.3 million people had been lifted out of poverty and 1.9 million of them lived in southern Xinjiang, where the Uyghur population is concentrated. During the pandemic, the Chinese government made an effort to find a way to improve life for farmers and herdsmen in the Taklamakan Desert of southern Xinjiang. This has helped to continue a pattern of lifting most of the 6.1% of the province’s population who were experiencing absolute poverty in 2018 out of that state (the poverty level decreased to 1.2% of Xinjiang’s population in 2019 and continues to trend downward).

“When I visited Xinjiang,” Professor Li told us, “I was struck by the fact that the province is involved in a great struggle. This struggle is manifested in several ways: in the development of social and economic life, in the integration of minority ethnic groups into the broad social life of China, and in the difficult task of fighting terrorism.”

In August 2013, the 74-year-old imam of a mosque in Turpan, 200 kilometers east of Ürümqi, was brutally killed by extremists. These extremists—likely members of the East Turkestan Islamic Movement (ETIM) or the Turkistan Islamic Party (TIP)—killed Abdurehim Damaolla because he was part of the Islamic Association, which worked with China’s government to combat extremism. Within Uyghur society, a gulf opened up between the vast majority of the people who opposed radicalization along religious lines and those who joined the ETIM and the TIP.

The roots of the ETIM and the TIP go back to the 1960s and 1970s when Saudi Arabia’s World Muslim League began to proselytize a harsh version of Islam to counter communism. Those drawn to these views left Saudi schools—many in Pakistan—to join Washington’s jihad in Afghanistan in the 1980s. There, the Uyghur extremists joined other disaffected Central Asian extremists to form various outfits that pledged jihad against communism.

When the USSR collapsed, these groups sought to use violence to advance their agenda against the post-communist states in Central Asia, the first among them all was the Islamic Movement of Uzbekistan (IMU), which was affiliated with Al Qaeda. Uyghur militants joined the Islamic Renaissance Party of Tajikistan, the IMU, and the global platform known as Hizb-ut Tahrir (Party of Liberation). Extremists from Xinjiang cut their teeth while fighting for jihad in Afghanistan, Syria, Libya, and in the Central Asian states.

Xinjiang first saw a major violent attack by these militants in the 1990s in Ürümqi and in southern Xinjiang’s smaller towns. A major riot on July 5, 2009, in Ürümqi led to the death of almost 200 people. Since then, there have been many smaller attacks. “Uneven economic development,” said Professor Wang, “is the basis for terrorism and extremist religious ideology.”

Shohrat Zakir, who is the chairman of the government of XUAR, concurs, and notes that his government has put forward an agenda to “root out terrorism.” There is no point in merely treating this like a war—such as the US did in Afghanistan. This is not a war that can be won by violence, said Zakir, but it must be won by education and by economic development. Asked about vocational education, Zakir explained, “Some residents there [in Xinjiang] have a limited command of the country’s common language and a limited sense and knowledge of the law. They often have difficulties in finding employment due to limited vocational skills. This has led to a low material-basis for residents to live and work there, making them vulnerable to the instigation and coercion of terrorism and extremism. There is still a long way to go for southern Xinjiang to eradicate the environment and soil of terrorism and religious extremism.”

In 2011, then US Secretary of State Hillary Clinton proposed a New Silk Road Initiative. The idea was for the US to use Afghanistan as the core of a North-South axis that would break the Central Asian states away from their links to Russia and China; this axis would orient these countries to South Asia and then to the United States. Failure to settle the problems of Afghanistan led the US to abandon that project. Instead, it has turned its focus to undermining China’s BRI.

The information war now conducted against China centers on Xinjiang. Once again, the US uses longstanding problems—such as the rise of extremism in Central Asia (fueled to some extent by the US since the 1980s)—to create problems for its adversaries. Officials in China tell us that the government has long ignored the economic development of Xinjiang and has not been able to fully handle the various grievances of the minority ethnic groups. But the answer to these problems is not to deliver Xinjiang to disaffected affiliates of Washington’s jihads. As with Syria and Libya, Washington once more plays a reckless game with Islamic extremism.

Jie Xiong is a Chinese technologist, translator and editor. He has participated in the digitization process of multiple leading enterprises in China. He is a founder of Shanghai Maku Cultural Communications Ltd., a company that introduces China to Global South readers. He is a senior researcher at the Sichuan Institute for High Quality Development. He has written and translated more than 10 books. His latest translation is Cybernetic Revolutionaries. 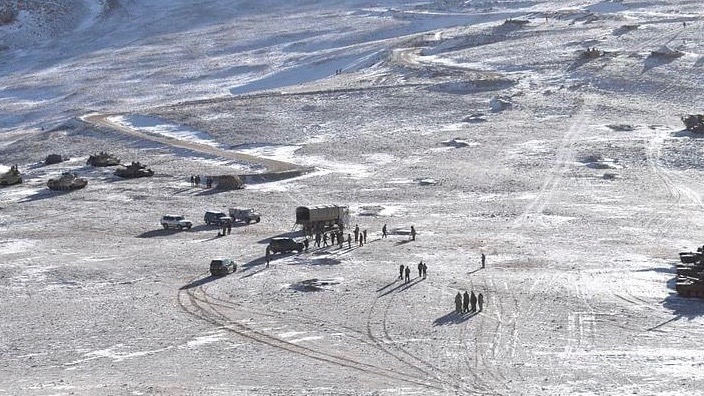