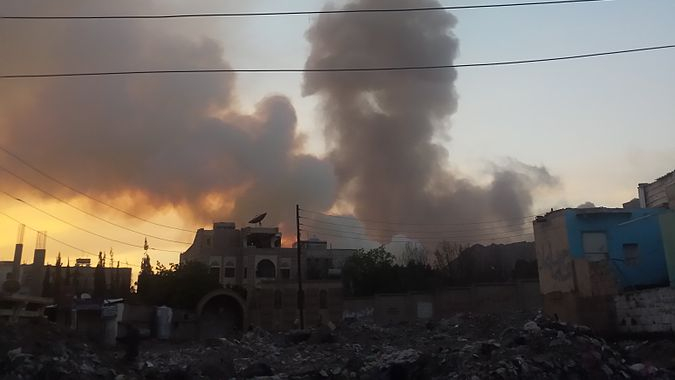 One civilian was killed and six others were wounded in Israeli airstrikes that targeted the northwestern region of Syria in the early hours of Wednesday, May 5. The airstrikes reportedly struck multiple Syrian cities and towns, including the port city of Latakia on the Mediterranean Sea, as well as the towns of Hifa, east of Latakia, and Misyaf in the province of Hama.

The Syrian state TV stated that a civilian-owned plastic warehouse was struck and a mother and a child were among the wounded Syrians.

A statement by the Syrian Army later said that its air defense system intercepted some of the missiles, adding that the airstrikes, which occurred at approximately 2 am, targeted several areas along the southwestern coast of Latakia, including the town of Jabla.

Israel rarely owns up to attacks against neighboring countries, especially Syria and Lebanon, where it claims to be targeting Iranian-backed militias. This is a claim that Iran has repeatedly denied. In recent years, Israel has especially targeted|Syria with frequent airstrikes, resulting in not only extensive damage to civilian and military infrastructure, but also killing and injuring many civilians and armed forces personnel.

According to one estimate, between 2017 and 2020, Israel carried out close to a 1000 such covert airstrikes in Syria. In 2021 alone, the airstrikes have resulted in the killing of at least 10 Syrian soldiers, along with close to 50 other government-allied fighters, besides injuring hundreds others.