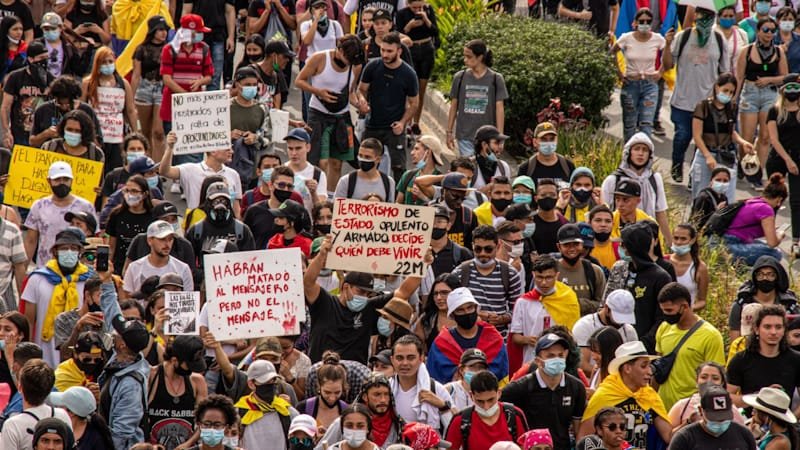 The national strike in Colombia against the far-right government of President Ivan Duque and his neoliberal policies completes one month on May 28. Photo: Colombia Informa

May 28 marks one month since the beginning of the national strike in Colombia against the far-right government of President Ivan Duque and his neoliberal policies. The struggle, which began in rejection of a tax reform bill that would have affected the majority of the working class, has transformed into a social uprising demanding structural changes and an end to policies that only deepen social inequality and deprive the greater part of the population of basic rights such as education and health.

Since April 28, hundreds of thousands of workers, teachers, students, doctors, peasants, Indigenous and Afro-descendant communities, women and LGBTQ movements, human rights organizations, progressive political leaders, have been mobilizing in the urban as well as rural areas of the country with different sets of long-standing demands. Numerous peaceful demonstrations, road blockades, sit-ins, art and cultural events, among other protest actions, are organized every day in different parts of Colombia to demand that the government address the urgent issues facing the country such as worsening socio-economic conditions due to COVID-19, health crisis due to slow vaccination pace, rampant inflation and unemployment, and the widespread paramilitary violence.

Additionally, the mobilizing sectors are also demanding respect for their constitutional right to protest, end to brutal police and military repression, withdrawal of the army from the cities, thorough investigation into the human rights violations committed by the national security forces in the past one month, dismantling of the Anti-Disturbance Mobile Squadron (ESMAD) and the resignation of defense minister Diego Molano.

The government has continued to respond with its policies of criminalizing and stigmatizing those who participate in these social protests so as to justify and normalize violent repression against them. The protesters are being called “vandals” and have been enduring unprecedented levels of repression in the name of “restoration of public order.”

According to the human rights organization Temblores, between April 28 and May 24, a total of 3,155 cases of police violence were registered in the country. These included 955 victims of physical violence, 43 deaths, 1,388 arbitrary arrests, 595 violent interventions, 46 victims with eye injuries, 165 cases of shooting with firearms, 22 victims of sexual violence and 5 victims of gender-based violence. In addition, various local media outlets have reported that over 100 people have gone missing after they were arrested by the ESMAD officials.

On May 27, the National Strike Committee, which brings together a diverse group of social organizations and trade unions, denounced that the national government had refused to sign the pre-agreement, reached on May 24, to provide guarantees to exercise social protests, a condition set to begin negotiations to peacefully cease the anti-government demonstrations and discuss the demands. The committee reported that instead the government demanded that the protesters lift road blockades across the country in order to advance the talks.

The Committee announced that it hopes to reach an agreement in the next meeting and called for massive nationwide mobilizations today May 28 and tomorrow May 29 to highlight with renewed vigor, the struggle of the Colombian people against neoliberalism and violence, for life, peace, justice and democracy. Since early morning, the people have begun flooding the streets throughout the national territory.

In addition to continuing the violent repression and ignoring the demands of protesters, the ruling party and its allies in the Senate rejected the motion of censure presented by the progressive opposition parties against Molano for unleashing ruthless repression against peaceful mobilizations in the past one month of the national strike. With 69 votes against and 31 in favor of the motion, Molano was supported by the ruling Democratic Center party, the Conservative party, the Radical Change party, the Colombia Justa Libres, the Independent Movement of Absolute Renovation (MIRA) and some sectors of the Social Party of National Unity.

Senator Ivan Cepeda Castro of the Alternative Democratic Pole, one of the promoters of the motion, strongly rejected the decision. “In an act of complicity with impunity for crimes against humanity, the Senate denied a motion of censure against Minister Molano. The government of Iván Duque and his ministers will go down in history as frustrated gravediggers of peace and weak Colombian democracy,” tweeted Cepeda.

The Central Union of Workers (CUT), in a tweet said that “those who voted in favor of Molano, so that he continues as the head of the defense ministry have become accomplices in the largest massacre and violation of human rights in this country.”

Several national and international human rights organizations such as the United Nations, the Inter-American Commission on Human Rights (IACHR) have expressed their concerns regarding the excessive, disproportionate and arbitrary use of force and implementation of military assistance programs to suppress social protests. The IACHR is waiting to receive a response from the Colombian government on the permission requested, on May 15, to verify the human rights situation in the country, after receiving thousands of petitions from Colombian civil society representatives, students, academics and politicians to investigate their violations by the security forces. 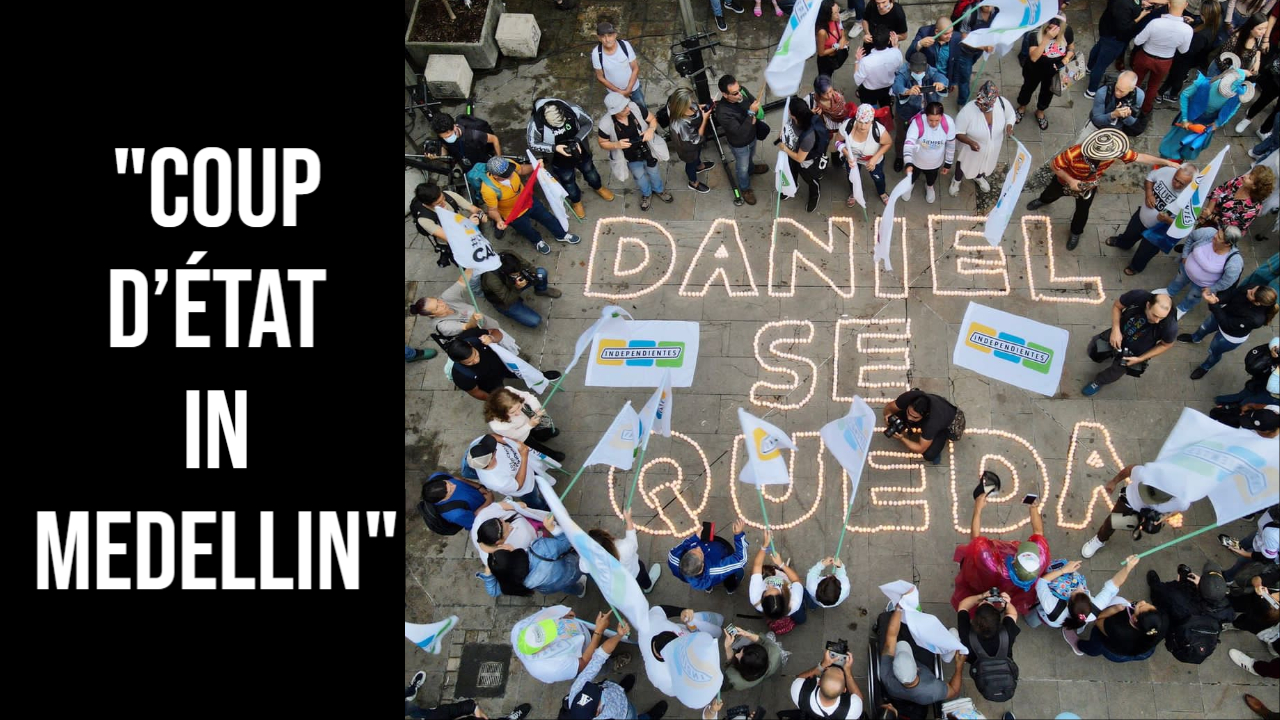