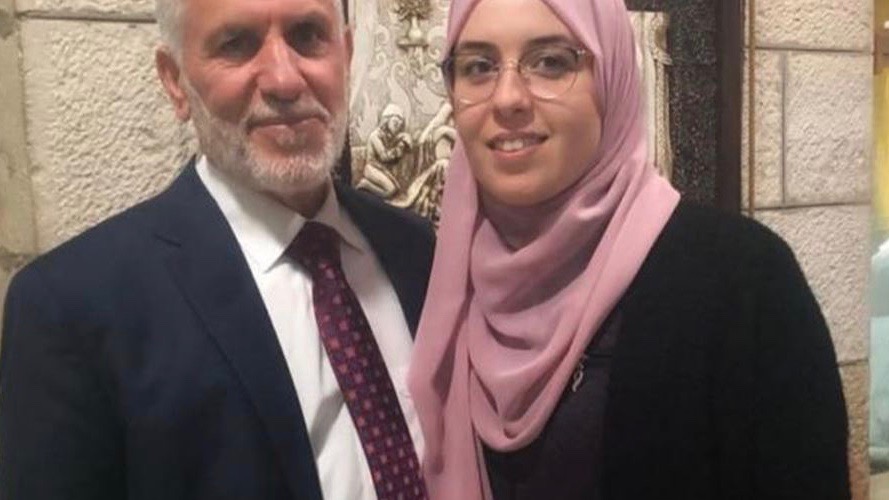 Three Palestinians are currently on hunger strikes to protest their illegal detention without charge or trial in Israel, Palestinian Prisoners’ Society (PPS) stated on Sunday, June 20. The three launched their hunger strikes at different times while being held in various Israeli prisons and detention centers. The Palestinian Commission of Detainees and Ex-Detainees Affairs identified the three detainees as Jamal al-Taweel, Khader Adnan and Ghadanfar Abu Atwan.

59-year-old al-Taweel, a senior Hamas official from the Palestinian city of Ramallah in the occupied West Bank, has been without food or water for 18 days so far, demanding his release and that of his daughter, journalist Bushra al-Taweel, from administrative detention. He is currently being held in solitary confinement in Hasharon prison. 43-year-old Adnan is a senior leader of the Palestinian Islamic Jihad from Jenin. He has completed 22 days on hunger strike to protest his illegal detention in the Al-Jalma detention center. 28-year-old Atwan, from the town of Dura near Hebron, has been on hunger strike for the longest duration of the three, having completed 47 days while being held in the Kaplan medical center.

Al-Taweel was arrested by the Israeli security forces from his home on June 2 in one of the raids regularly carried out by them in the occupied Palestinian territories. He was first held in Ofer prison and subsequently slapped with a six-month administrative detention order by the Ofer military court and transferred to Hasharon prison. His daughter, Bushra, was abducted by the Israeli forces at a military checkpoint in the West Bank on November 9, 2020. A military court subsequently ordered her to four months in administrative detention. Just as her detention was about to end in March this year, another extension for four months was issued against her on March 7.

Atwan has been in detention since October 2020 and has been detained several times before. After he launched his hunger strike, the Israeli prison authorities tried to exert mental and psychological pressure on him to end the strike by transferring him to an isolation cell in Beersheba prison.

Under its policy of administrative detention, Israel prevents detainees from communicating with their lawyers, while also keeping secret the purported ‘evidence’ under which they have been detained. Israel uses this policy to detain Palestinians illegally and arbitrarily for a period of three to six months. The administrative detention orders can be renewed indefinitely, virtually allowing Israel to keep someone in prison forever. The policy has been condemned worldwide, with international human rights group Amnesty International calling it a ‘bankrupt tactic’ and demanding Israel to end it.