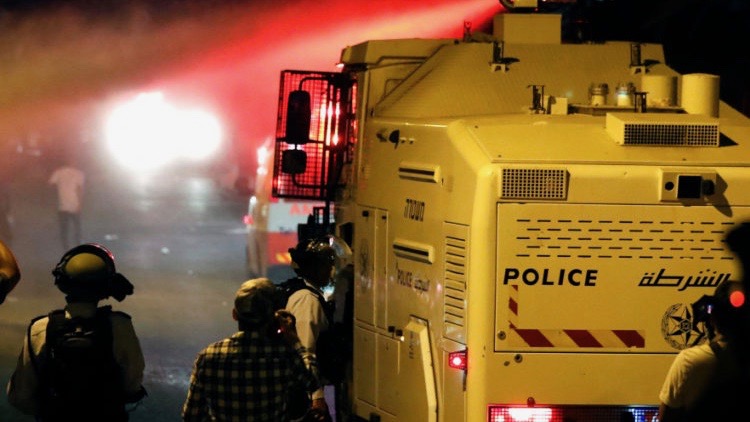 Over the last two days, hundreds of illegal settlers accompanied by the Israeli security forces invaded the occupied East Jerusalem neighborhood of Sheikh Jarrah, attacking the residents with stones and other objects. The resisting Palestinians were also targeted by the Israeli security forces who used pepper spray, tear gas, sound grenades, rubber coated metal bullets and skunk water to repress them, multiple news sources reported on Tuesday, June 22. The extremist settlers reportedly also threatened to burn Palestinian homes and verbally abused and insulted them under the protection of the Israeli police.

The Palestinian Red Crescent later stated that it treated 20 Palestinians for various injuries, including 16 people who were sprayed with pepper spray and tear gas. Among them were four minor Palestinian girls between the ages of 12 and 14 who suffered burns to their faces from the pepper spray. They were training to perform the Palestinian folk dance of Dabke for a cultural event in the neighborhood when they were attacked. A few other Palestinians wounded by rubber-coated bullets were treated by the Red Crescent. Some had also suffered injuries as a result of stone-pelting and physical assaults by the Israeli settlers.

As per local news reports, the settlers started multiple fires in the neighborhood and were seen attacking Palestinian homes with Molotov cocktails. Despite this, two Palestinians youths were arrested following the attacks. The Red Crescent reported that Israeli settlers even threw stones at their ambulances while they were trying to reach injured Palestinians. The Israeli forces present at the scene tried to disrupt their operations by spraying one of their ambulances with skunk water.

The Israeli forces also raided multiple Palestinian homes in the neighborhood, including the home of the al-Qasem family and that of well-known Palestinian brother-sister duo, Muna and Mohammed al-Kurd. They were allegedly searching for a young man who was accused of throwing stones at the Israeli settlers and security forces. The al-Kurd family, along with others in the neighborhood, are facing the prospect of forced displacement after an Israeli court order recently approved their expulsion to make way for Jewish Israeli settlers. The move has been widely condemned by the international community and various human rights organizations, with several governments and agencies urging Israel to not go ahead with the expulsions in blatant violation of international law.

The violent attempts by Israel to expel the Palestinian residents of Sheikh Jarrah have ignited massive protests across the occupied Palestinian territories of West Bank and East Jerusalem. The Israeli security forces have responded to the Palestinian resistance with indiscriminate violence. Israeli settlers and security forces have attacked and raided dozens of Palestinian towns and cities, arrested hundreds of Palestinians, and also violently raided the Al-Alqsa mosque compound multiple times in the last few months, injuring hundreds of Palestinians. Retaliatory attacks from the besieged Gaza strip in turn led to the Israeli bombing campaign which lasted for 11 days and ended up killing at least 257 Palestinians, including 68 children, besides injuring close to 2,000 others.