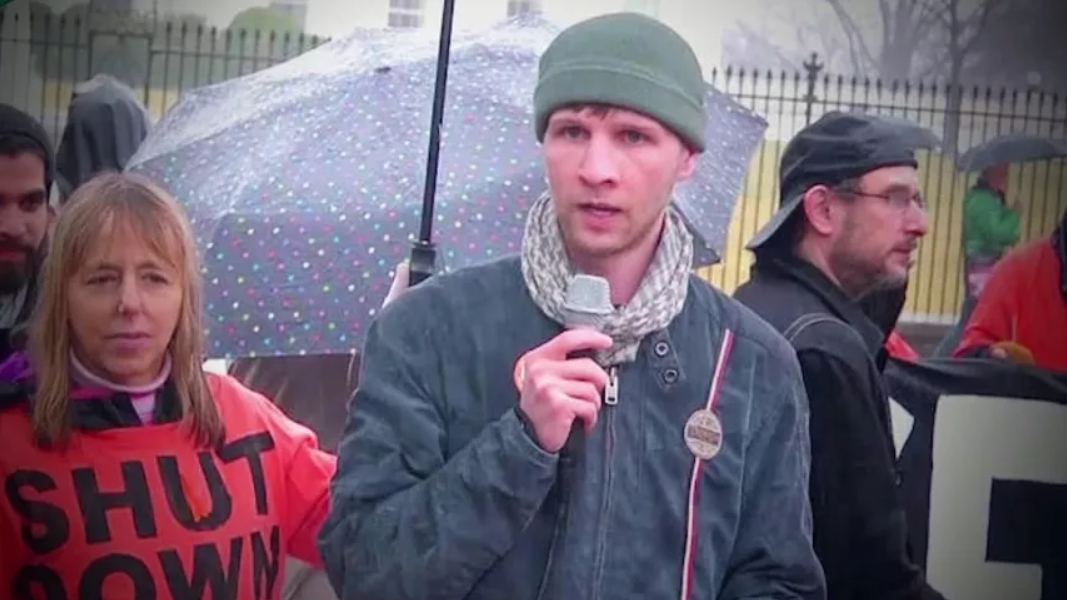 Drone warfare whistleblower and former National Security Agency (NSA) official Daniel Hale was sentenced to 45 months in prison by a federal judge. The sentence was handed down by judge Liam O’Grady of the United States District Court for the Eastern District of Virginia on July 27, Tuesday, in a very brief court session.

Hale released a total of 17 documents, of which 11 were marked secret and top-secret. One exposed that during one five-month period of the operation, civilian casualties constituted over 90% of the victims of drone strikes. Another showed how under the Barack Obama administration, the US began maintaining a list of individuals to be targeted in such strikes. The documents also revealed that more than two-fifths of those named as terror suspects had no clear affiliations with terror groups and that the government targeted US citizens as well in Afghanistan and other countries.

Hale’s prison sentence is shorter than the nine-year sentence demanded by the prosecution. Independent journalist Kevin Gozstola who reported live from the trial suggested that the judge did so taking into consideration his mental health problems.

The sentencing is nevertheless severe, considering the maximum prison sentence that the charge against him carries is 10 years. It is also much higher than the 12 to 18-month sentence with a “period of supervised release with mental health counseling” Hale’s attorneys asked for.

Daniel Hale is the first prominent whistleblower to be handed a jail sentence under the infamous Espionage Act since president Joe Biden took office in January this year. Hale was sentenced based on his guilty plea on one charge under the Espionage Act after he admitted to the court that he made “unauthorized disclosure” by releasing the 17 documents to the press. Charges under four other counts were dropped.

On the day of the hearing, the prosecutors continued to maintain that Hale had used his position to leak classified documents for “self-aggrandizement.” Prosecutors also argued that his guilty plea did not come with a display of remorse or acceptance of the charge that the leak supposedly risked “exceptionally grave damage” to national security. The prosecution demanded the harshest punishment to supposedly “deter” future leaks. Federal prosecutors also used an internet compilation of the leaked documents on a website associated with the Islamic State of Iraq and Syria as proof of damage to national security.

Hale’s lawyers countered the prosecution’s accusation, explaining that the very fact that those documents were compiled in an easily-accessible public platform preempts any strategic value it may have had for the terrorist groups. This argument was also supported by retired Central Intelligence Agency (CIA) expert Harry Cooper in his testimony.

Last week, Hale wrote a detailed letter to the judge, which was released to the press, explaining his motivations and the brutality he witnessed during his stint in the NSA and the US drones program. “Not a day goes by that I don’t question the justification for my actions,” Hale wrote.

On the day of his sentencing, Hale continued to stand by his position that the leaks were necessary to expose the drone program. “I am here because I stole something that was never mine to take — precious human life. I couldn’t keep living in a world in which people pretend that things weren’t happening, that were. Please, your honor, forgive me for taking papers instead of human lives,” Hale told the judge. While the lesser sentence has been received with a certain amount of relief by anti-war activists, civil rights groups and Hale’s supporters, many have pointed out that the sentencing and the prosecution continues the government’s crackdown on whistleblowers.

“It is a direct attack on whistleblowers,” said Danaka Katovich, campaign coordinator of CODEPINK, when speaking to independent journalist Richard Medhurst about how both Hale and WikiLeaks founder Julian Assange were indicted around the same time in 2019, under the Donald Trump administration. Katovich argued that Daniel is not a “spy” and that it is “egregious to charge whistleblowers under the Espionage Act.”

“We are incredibly glad and encouraged that Daniel’s sentence wasn’t as long as the prosecution was asking for, but it still sends a dangerous message to people who might want to whistleblow on the US government in the future,” she added.

Daniel Hale will be sent to prison today for telling the truth about the US drone program.

No US official who authorized the murder of civilians with drones has ever been held accountable. #FreeDanielHale pic.twitter.com/ypRLmUkeEe

CODEPINK organized a demonstration outside the federal courthouse in Alexandria, Virginia, where the sentencing took place. They also argued on Twitter that Hale had “exposed the US government’s criminal drone murder of innocent children and received a 45-month prison sentence.”

“The architects of the illegal U.S. drones program helped our country murder children and remain free. How is that justice?” their tweet added. CODEPINK also reiterated their demand to president Biden to pardon Hale and withdraw the existing prosecution against him.

Edward Snowden, another whistleblower who is currently in exile in Russia, called Hale “one of the great American Whistleblowers.” Snowden argued that Hale’s “crime was telling this truth: 90% of those killed by US drones are bystanders, not the intended targets. He should have been given a medal.”

“Leaks to press in the public interest shouldn’t be prosecuted under the Espionage Act. Period,” said the American Civil Liberties Union “Daniel Hale helped the public learn about a lethal program that never should have been kept secret. He should be thanked, not sentenced as a spy.”

Daniel Hale, one of the great American Whistleblowers, was just moments ago sentenced to four years in prison. His crime was telling this truth: 90% of those killed by US drones are bystanders, not the intended targets.

He should have been given a medal. https://t.co/3i4IbkrfI3

Leaks to press in the public interest shouldn't be prosecuted under the Espionage Act. Period.

Daniel Hale helped the public learn about a lethal program that never should have been kept secret. He should be thanked, not sentenced as a spy. https://t.co/hpBzQnhJUT

A whistleblower, Daniel Hale, was just sentenced to almost four years in prison for exposing America's illegal campaign of drone killings in Yemen. None of the people who actually ran the program have been punished – they've all been rewarded.

With inputs from Kevin Gosztola and The Dissenter

The article has been updated to reflect that charges under four other counts against Daniel Hale were dropped.