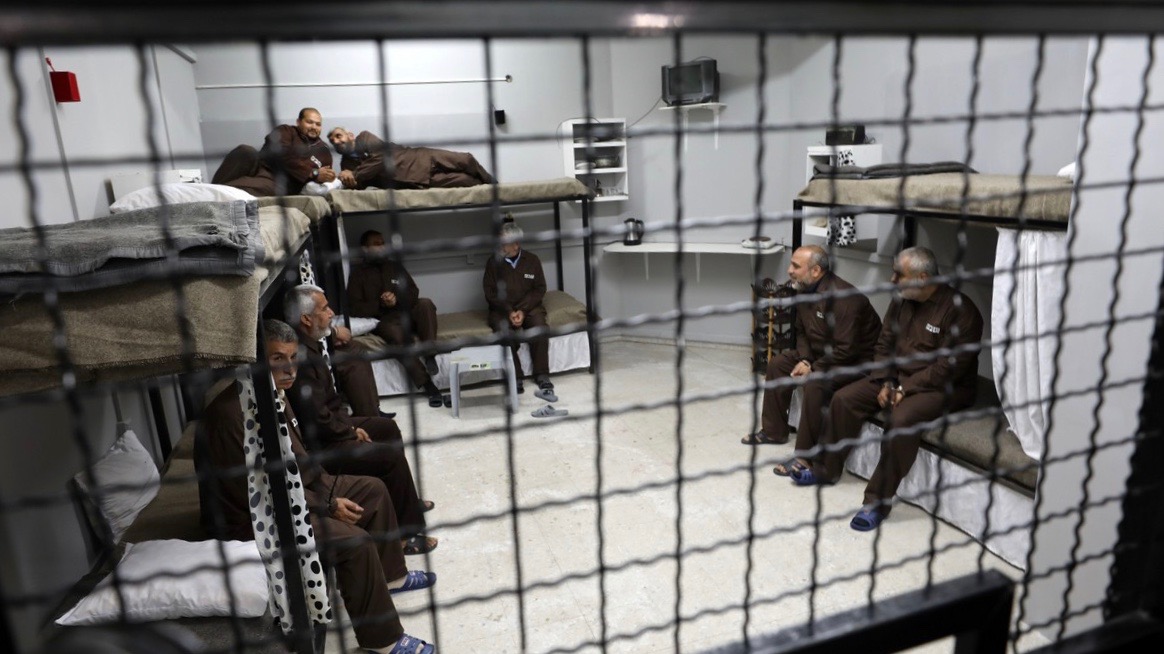 17 Palestinian administrative detainees are on hunger strike in various prisons and detention centers inside Israel to protest against their illegal administrative detention by the Israeli authorities. According to the Palestinian Detainees and Ex-Detainees’ Affairs Commission, the detainees have been on hunger strike for varying number of days, ranging from four days to 21 days. The Palestinian Prisoners’ Society (PPS) stated that several of the striking detainees have suffered severe deterioration in their health and are in urgent need of medical attention. According to the PPS, they are being held in the Israeli prisons of Negev, Beersheba, Ashkelon, Ohlekdar, Megiddo and Ofer.

The PPS stated that the striking detainees have been held under administrative detention for periods ranging from a few months to over a year through multiple renewals of the administrative detention orders against them. The Palestinian Information Center reported that the detainees on hunger strike are Salem Zaidat, Mohamed A’amar, Mujahed Hamed, Mahmoud al-Fasfous, Kayed al-Fasfous, Ra’fat al-Darawish, Guevara an-Nammoura, Maher Dalaysha, Aladdin Ali, Fadi al-Ammour, Husam Rab’iee, Mohamed Khaled, Ahmed Abdul-Rahman, Ahmed Nazzal, Miqdad al-Qawasmeh, along with one more unidentified detainee.

Another detainee named Mohamed Nawwarah, who has been in prison since 2001 after being slapped with a life sentence as a child, is also on hunger strike to protest against the prison authorities keeping him in solitary confinement. Many of the prisoners have served lengthy sentences of two to 10 years in Israeli prisons for their political and resistance activities against the Israeli occupation.

According to data from the PPS, since the beginning of this year, approximately 40 Palestinian detainees have launched hunger strikes to protest their illegal administrative detention by Israel. In total, 540 Palestinians are currently being held under the Israeli policy of administrative detention, making up a significant part of the total number of Palestinian currently being held in Israeli prisons, which stands at 4850, including 225 children and 41 women. Under this policy, Israel can keep Palestinians in prison without charge or trial and renew their detentions indefinitely. In most cases, the detainees are arbitrarily and abruptly arrested in violent raids and jailed on the basis of secret evidence not revealed to them or their lawyers. Even during these arrests, they are not made aware of the allegations or accusations against them.

The Israeli policy of administrative detention, illegal under international law, is used extensively by the authorities to persecute and punish Palestinians for resisting the Israeli occupation and its countless war crimes and human rights violations against them. Human rights organizations, the United Nations, and several foreign governments have repeatedly denounced the use of this policy against Palestinians and have urged Israel to put an end to its use in accordance with international law.

In 2020, Israeli authorities issued 1,114 administrative detention orders against Palestinians. This year, in just the month of June, Israel issued 100 administrative detention orders. This is just weeks after Israel inflicted large-scale violence on Palestinians in the occupied West Bank and East Jerusalem, including violent invasions of the Al-Aqsa mosque complex in May. Israel also conducted a deadly campaign of airstrikes on the blockaded Gaza strip, killing close to 250 Palestinians and wounding approximately 2,000 others.