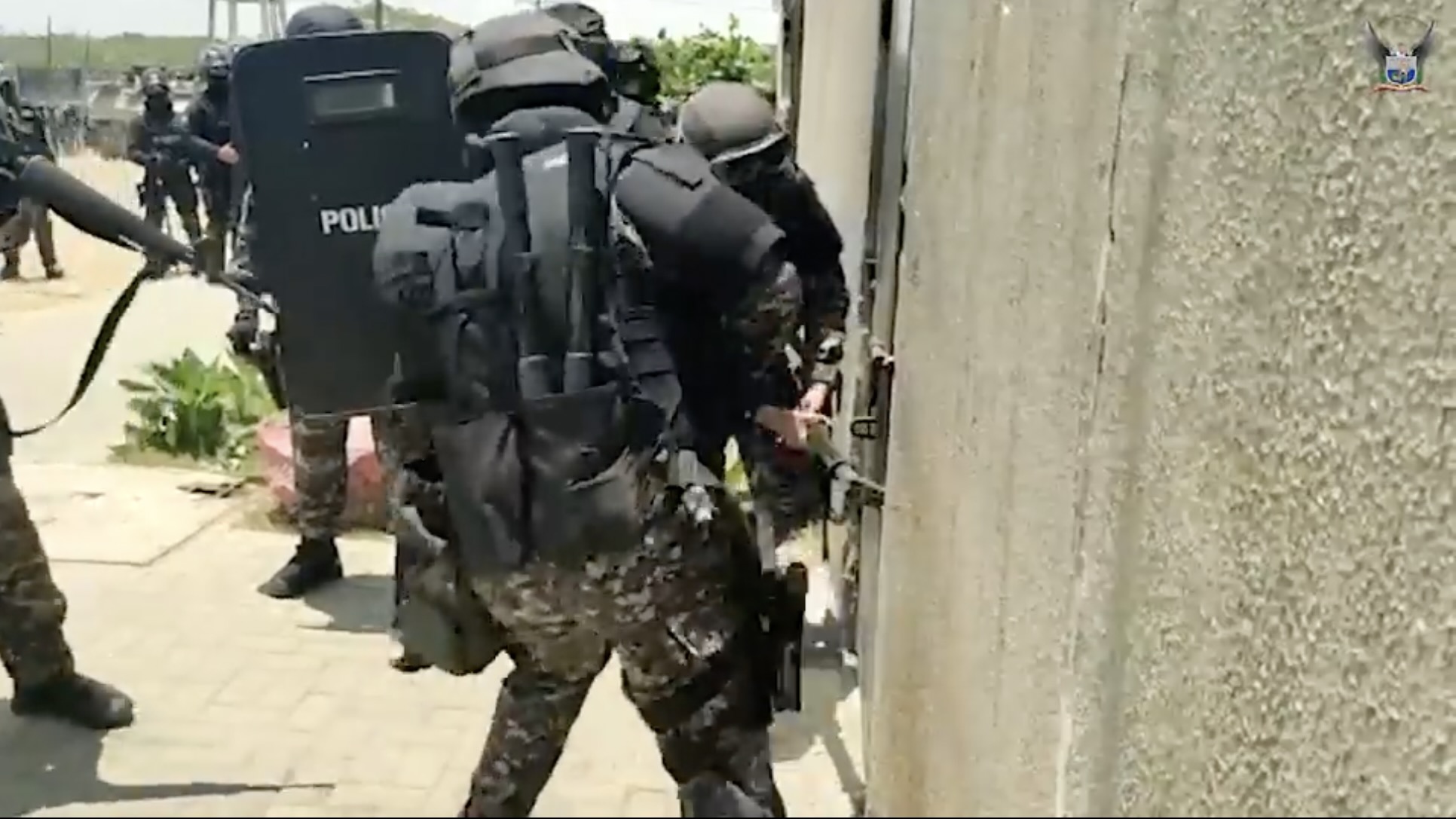 Ecuadorian President Guillermo Lasso, on September 29, decreed a “state of exception” in the country’s prison system, after more than 100 inmates were killed in riots in a prison in the city of Guayaquil the day before.

The president reported on the measure through his twitter account. “I have just decreed a state of exception in the entire prison system at the national level,” wrote Lasso, adding that he would chair a security committee in Guayaquil “to coordinate necessary actions to control the emergency, guaranteeing the human rights of all those involved.”

Later, at a press conference, President Lasso informed that the state of exception will remain in force for a period of 60 days. He also assured that all of the fatal victims were incarcerated individuals and that no guards or non-incarcerated people were killed.

The head of state also reported that so far there had been no alert about possible riots in other prisons. However, taking into account that a similar situation replicated in other centers previously this year, he called on the authorities to take all necessary precautions. He informed that an information center has been created in the Samanes Park, Guayaquil, in order to provide information to the relatives of the murdered and wounded inmates.

The state of exception gives the government the power to suspend public rights and use public security forces to restore normalcy. Following the declaration of emergency, there has been a heavy deployment of soldiers inside the prisons.

On September 28, at the Litoral penitentiary, one of the country’s many overcrowded and understaffed prisons, inmates from rival drug trafficking gangs clashed with guns, grenades and machetes. The violent confrontation was the bloodiest clash of the year. The National Comprehensive Care Service for Adults Deprived of Liberty and Adolescent Offenders of Ecuador (SNAI) reported that the violence claimed the lives of at least 116 prisoners and left around 80 gravely injured. The SNAI added that at least six of the victims were beheaded and the rest died from stab or bullet wounds.

Tuesday’s riot was the latest in a series of bloody prison clashes. Earlier this year, on February 23, massive simultaneous riots broke out in four prisons in three cities of Ecuador, which left 79 inmates dead and several injured, and was considered the worst massacre in the prison system of the country. Later, on July 21, riots broke out in two prisons in Guayas and Cotopaxi provinces, in which at least 22 detainees were killed and dozens were injured. According to reports, prison clashes have claimed the lives of at least 236 inmates in Ecuador so far this year.

On September 29, the Prosecutor’s Office announced that it would investigate the recent prison massacre.

The Inter-American Commission on Human Rights (IACHR) has again condemned the ongoing violence in Ecuador’s prisons following Tuesday’s bloody mutiny. “In 2021, more than 200 people would have died as a result of violence in prisons. Remember that states must abide by laws that guarantee the right to life, personal integrity and protection of those in their custody,” said the organization in a tweet.

The prison crisis in Ecuador has accelerated significantly in recent years due to clashes between drug gangs. Due to its location, between Colombia and Peru, the world’s leading cocaine producers, Ecuador is a key transit ground for drug shipments to the United States and Europe. Ecuador’s prison system has become a battleground for thousands of prisoners of these drug gangs.

The prison system is also suffering from a severe overcrowding crisis. Ecuador has 65 prisons designed for about 30,000, but they currently house over 39,000 inmates. Additionally, they face staffing shortages. According to the ombudsman’s office, in 2020, 103 killings were recorded in prisons across Ecuador. The number of such killings is the highest this year.