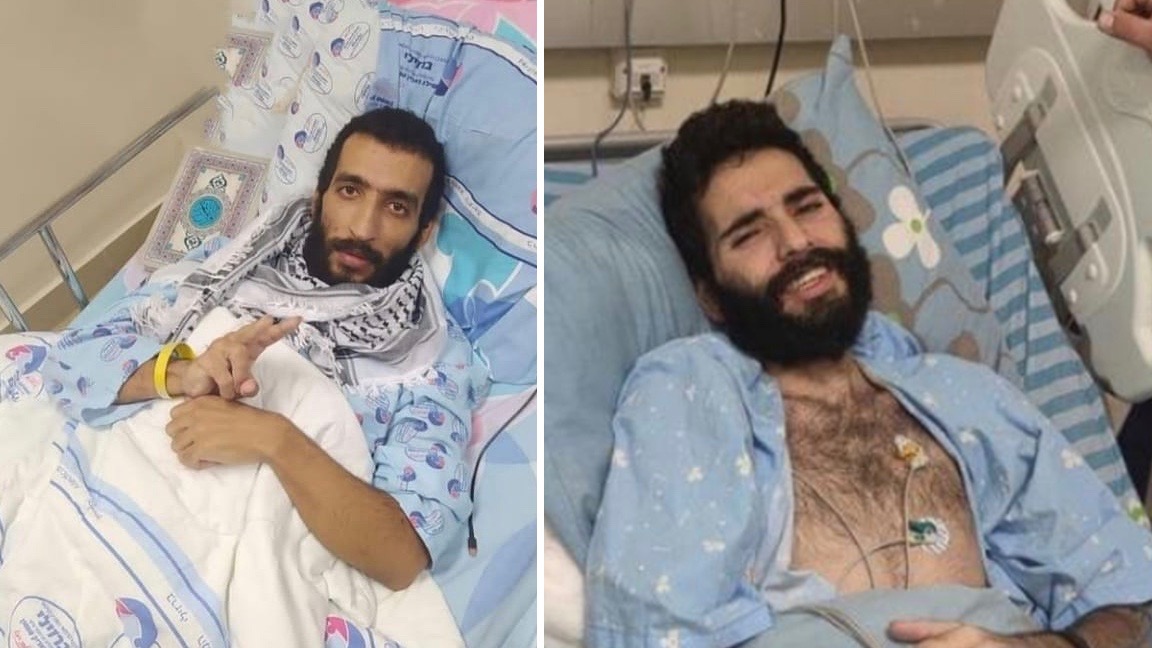 On Sunday, November 8, thousands of Palestinians incarcerated in Israeli prisons decided to forego lunch and dinner meals to express solidarity with the seven administrative detainees on hunger strike to protest their illegal detention by Israel, according to a statement by the Palestinian Commission of Detainees’ and ex-Detainees’ Affairs. The seven detainees have been on hunger strike for periods ranging from 28 days to 116 days. The detainees on the longest hunger strikes, Kayed al-Fasfous (116 days) and Miqdad al-Qawasmeh (109 days), have suffered severe deterioration in their health, giving rise to concerns of death.

The other prisoners, Alaa Al-Araj, Hisham abu Hawash, Ayyad al-Hraimi, Rateb Harebatand and Loay Alashqar, on hunger strike for 92, 82, 46, 30 and 28 days, respectively, have also started experiencing various health issues. Reports state that they are showing symptoms such as fatigue, headache, severe weight loss, irregular heart beats, partial memory loss, loss of sight, and bacteremia, among others. Prisoners’ rights groups and activists have regularly expressed concern about the risk of death posed to the prisoners. They have also appealed to the international community to intervene and pressure Israel to rescind the administrative detention orders against the striking prisoners before it is too late. Israeli courts have at different times been forced to freeze the administrative detention orders against prisoners owing to concerns regarding their health and risk to life.

Human rights organizations and the international community have for years urged Israel to stop using the illegal policy of administrative detention against Palestinians. Israeli authorities have continued the policy to persecute and punish Palestinians involved in political and resistance activities against the Israeli occupation. Under the policy, Israel keeps Palestinians in detention indefinitely without charge or trial based on secret evidence that is not even shared with the prisoners’ lawyers. The detention can be renewed multiple times after every 4-6 months without providing any cause or justification.

The hunger strikes by prisoners have started attracting international attention, with the United Nations (UN) also expressing concern about the prisoners’ lives and urging Israel to either charge the prisoners with crimes and put them on trial or release them and completely stop using the administrative detention policy. Experts from the UN in a statement two weeks ago said, “in violation of international law, Israel continues to use administrative detention to imprison more than 500 Palestinians — including six children — without charges, without trials, without convictions, all based on classified secret information that the detainees have no access to.”

“They have no recourse to challenging these undisclosed allegations, and they do not know when, or if, they are going to be released,” the experts said.