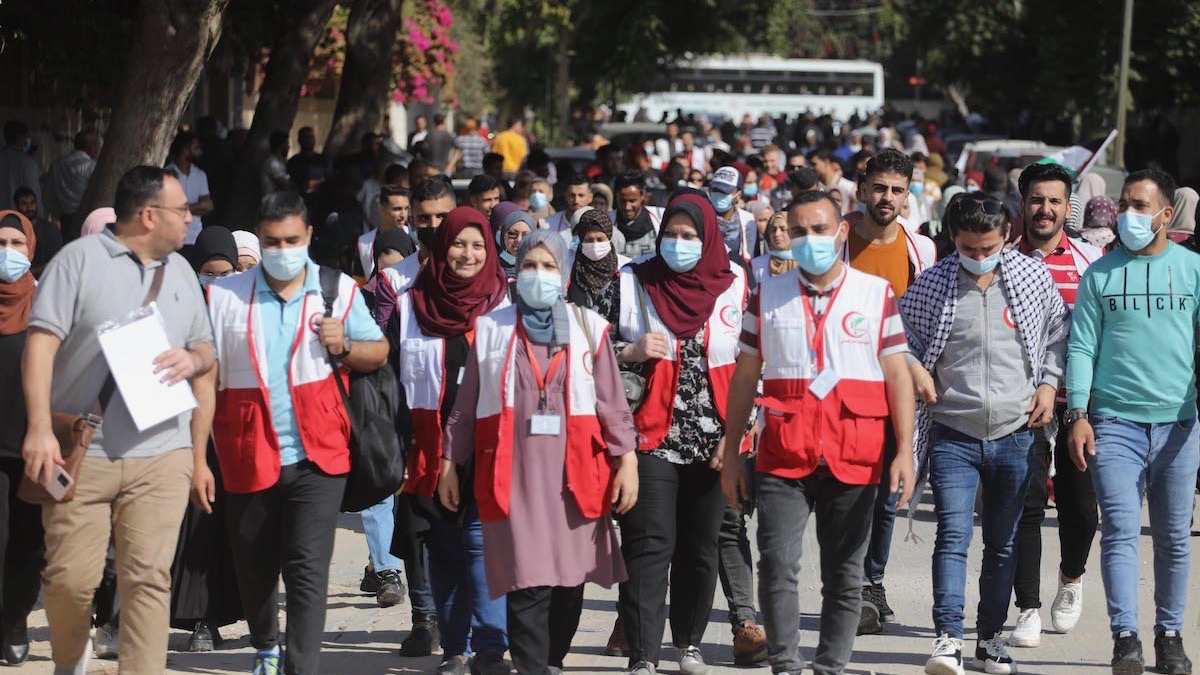 Palestinians in large numbers participated in rallies in the occupied West Bank and Gaza on Wednesday, November 10, to express solidarity with the six human rights groups recently terror-listed by Israel. They called upon the UN and the wider international community to put pressure on Israel to revoke the ‘terror’ designation and stop disrupting human rights work in the occupied Palestinian territories. The simultaneous protests, which took place in Ramallah in the West Bank and Gaza city, saw the participation of activists and thousands of ordinary Palestinians. Employees of the banned groups also participated and called for more concrete measures from the international community to force Israel to respect the civil rights of Palestinians under its occupation in compliance with international law.

The demonstrations were organized by the Palestinian NGO Network (PNGO) along with the six banned rights groups. They were held in front of the UN office in Ramallah and UNESCO headquarters in Gaza city. The demonstrators chanted slogans denouncing Israel’s decision and called for protection from the UN and the international community.

Director of the Haider Abdel Shafi Centre for Culture and Development, Mohsen Abu Ramadan, condemned Israel’s countless war crimes and human rights abuses against Palestinian civilians, calling Israeli violence ‘state terrorism’. He appealed for the world to finally acknowledge the truth about the brutal Israeli occupation and ensure Israeli compliance of international resolutions that guarantee Palestinians the rights of return, self-determination and national independence in a fully sovereign state with Jerusalem as its capital.

Protesters demanded the international community to start imposing punitive measures on Israel if it continues to violate human rights conventions and international resolutions by repressing Palestinian people and their organizations resisting the Israeli occupation. A memorandum of these demands was later submitted to the Director of the Office of the UN Special Coordinator for the Peace Process and to UN secretary general Antonio Guterres.

Last month, the Israeli defense ministry had announced the decision to designate as terror groups six Palestinian rights organizations – Al-Haq, Addameer Prisoner Support and Human Rights Association, Defense for Children International Palestine, Bisan Center for Research and Development, Union of Palestinian Women’s Committees, and Union of Agricultural Work Committees. Israel alleges that these organizations have links with the banned Popular Front for the Liberation of Palestine (PFLP). The announcement was condemned world over by international human rights groups such as Amnesty International and Human Rights Watch, Israeli groups like B’Tselem, as well as by the UN’s human rights office and several foreign governments and organizations.