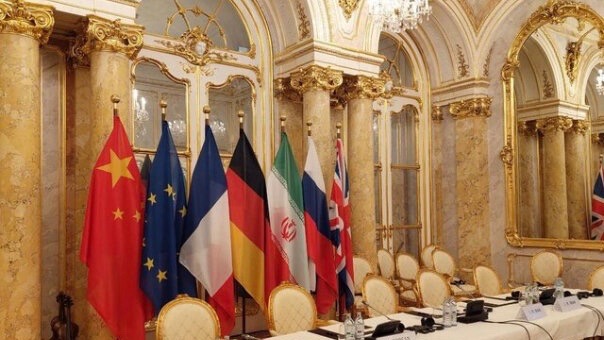 Days before the start of the eighth round of talks to revive the Iran nuclear deal in Vienna, Iranian foreign minister Hossein Amir Abdollahian said in a press conference in Tehran on Thursday, December 23, that his country’s participation in the ongoing talks will continue.

A new round of talks between the remaining signatories of the Joint Comprehensive Plan of Action (JCPOA) or the Iran nuclear deal is set to begin on December 27. It was announced by European Union’s deputy foreign policy chief Enrique Mora in a Twitter post on Thursday.

#ViennaTalks to resume on Monday 27 December. The #JCPOA Joint Commission will meet to discuss and define the way ahead. Important to pick up the pace on key outstanding issues and move forward, working closely with the US. Welcome to the 8th round.

Abdollahian criticized the undue pressure exerted on Iran to give concessions by European signatories like France. He asserted that “if they want to give one concession and want to get 10 concessions [in return] the Islamic Republic of Iran will never accept such an approach,” Iranian Press Tv reported.

Earlier this week, US secretary of state Antony Blinken reiterated the US position saying “time is running short” and accusing Iran of “playing for time at the negotiating table by not engaging in good faith.”

The seventh round of talks between November 29 and December 16, which were held after a hiatus of around five months, remained inconclusive. During this round, Iran submitted two proposals related to the complete removal of all sanctions imposed from May 2018 and Iran’s return to commitments under the deal. Abdollahian pointed out that Iran is preparing a third draft about the verification of sanctions removal and the guarantees it seeks.

While not mentioning the US, which is not directly participating in the talks, Abdollahian questioned the exaggerated and one-sided focus of some of the European signatories of the deal on Iran’s non-compliance. He reiterated the Iranian stand saying, “We declare vociferously that if you want your concerns about Iran’s peaceful nuclear [program] to be dispelled, all sanctions imposed in relation with the JCPOA must be removed.”

The former Donald Trump-led administration in the US under Israeli pressure had in May 2018 unilaterally withdrawn from the Iran nuclear deal signed in 2015 by the US, Iran, France, Germany, the UK, Russia and China. It also imposed numerous economic and political sanctions on Iran under the so-called “maximum pressure campaign.” Iran, after waiting for a year for the remaining signatories to take steps to neutralize the sanctions, started a gradual withdrawal from its commitments under the deal in 2019, claiming that the remaining signatories from the EU have failed to fulfill their commitments under the deal.

After the election of Joe Biden as the US president, who had expressed his desire to rejoin the deal, indirect talks began early in 2021. However, the Biden administration is reluctant to lift all sanctions.