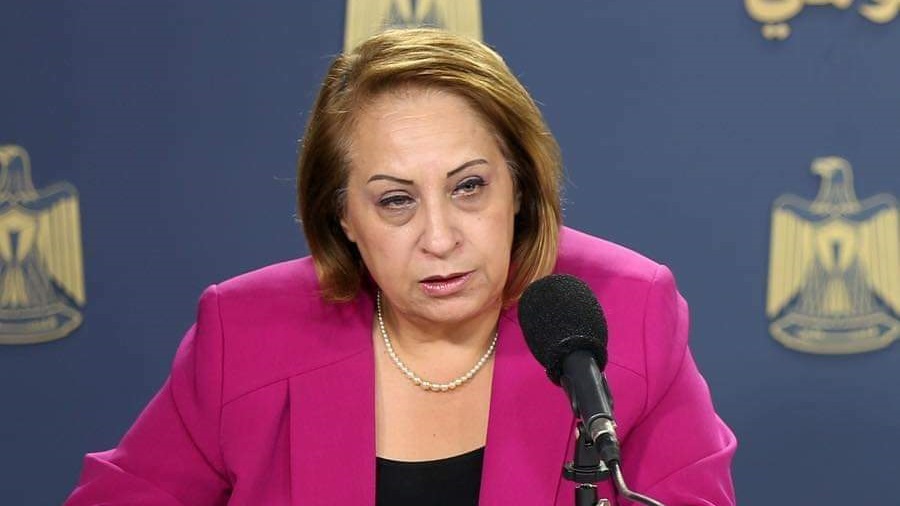 Today, seven months after her arrest on July 7, 2021, Health Work Committees (HWC) director Shatha Odeh, my mother, is still in Israeli detention. Her imprisonment and military trial is yet another frustrating spectacle of the inherent discrimination of the Israeli judicial system against the Palestinian people, including leading civil society actors like Shatha as part of a wider escalating crackdown.

This past January, several COVID-19 cases were detected among Palestinian prisoners in Damon Prison. Shatha was one of them. The prisoners were quarantined in a dark humid cell with poor conditions – as described by one of the prisoners – making it difficult for anyone to breathe.

Israel has systematically neglected the health of Palestinian prisoners, at times resulting in their death or contracting chronic diseases. My mother, who soon turns 61, and already suffers from several chronic diseases, was confined to that cell for about 10 days. We are worried as she is in a high-risk group in the context of COVID-19 due to her age and co-morbidities. It is ironic that someone who has devoted her life to caring for the health of others, as a nurse and then director of HWC, has to recover from a deadly virus in such deplorable conditions.

My mother’s case is a microcosm of Israel’s systemic attacks on Palestinian civil society which has one goal: eliminate all voices critical of Israel’s decades-long oppression and persecution and to extinguish avenues of accountability for its grave violations and internationally recognized crimes. With the international community, including the United States and the European Union (EU), allowing Israel to proceed with impunity, Palestinian civil society, human rights organizations and defenders, are heading toward a dark era that jeopardizes their very existence and the human rights movement as a whole. Threatened by Palestinians organizing themselves in any which way, Israel is escalating its attack on the only semblance of civil society, including those delivering basic services like healthcare.

Israel’s alleged complaints against Shatha focus on her activities as director of HWC, and fabricate a tenuous link to “security” in an Israeli military court reserved for prosecuting Palestinians. Once in military court, Palestinian prisoners , including Shatha (as well as Palestinian children, legislators and human rights defenders) are subject to harsh interrogations and denied due process. This is yet another exhibition of Israel’s apartheid system.

Cases like Shatha’s can take years to reach a verdict. It is a technique used by the Israeli authorities to intimidate. Many incarcerated Palestinians fold under the pressure and accept a plea bargain, without any allegation being substantiated. Others falsely confess to Israel’s allegations just to exit the ruthless, inhumane conditions of detention and interrogation. Israel sometimes uses false confessions to falsely accuse other Palestinians. Amnesty International’s newly released report determining Israel’s apartheid system gravely notes the nearly 99.74% conviction rates, which demonstrates a clear “discriminatory treatment of Palestinians by the Israeli criminal justice system.”

In October 2021, Israel labeled six prominent Palestinian civil society organizations as “terrorist organizations” and declared their activities in the West Bank as “unlawful.” This action laid bare Israel’s duplicitous intentions. International human rights organizations and the UN reacted strongly, with the latter condemning this “frontal attack on the Palestinian human rights movement,” stating that “the misuse of counter-terrorism measures in this way by the government of Israel undermines the security of all.

My mother’s imprisonment was a harbinger of Israel’s wider attack. It is part of the same strategy. Israel’s ultimate goal is the complete destruction of Palestinian civil society. Israel hopes to achieve this, primarily by draining Palestinian organizations’ financial resources, much of which depends on foreign funding. Israel uses defamation campaigns based on false and misleading claims and imprisons personnel within those organizations without cause. International donors are scared off by the potential risks, and in some cases, arbitrarily terminate funding.

A month before Shatha’s arrest, in the midst of the COVID-19 pandemic, Israeli authorities arbitrarily decided to close the headquarters of HWC. Amnesty International stated that such a draconian move would “have catastrophic consequences for Palestinian healthcare,” given that HWC is one of the main providers of health services in the Occupied Palestinian Territory (OPT).

Since her arrest, there have been widespread calls for Shatha’s immediate release, locally, regionally, and internationally. The UN Special Rapporteur on the situation of human rights defenders, Mary Lawlor, endorsed by other UN Special Procedures, called for the release of Shatha and the two other HWC employees, Juana Ruiz Sánchez and Tayseer Abu Sharbak. Civil society across the globe has mobilized calling for her release.

While no official statements from the US have been made about Shatha’s case, several Congress persons have publicly condemned Israel’s recent designations of the six Palestinian organizations.

On February 10, my mother will attend her 10th hearing session at Israel’s Ofer military tribunal. It is likely to last 15 minutes. It will be conducted in Hebrew. Poor to no translation will be provided. Shatha’s case will remain part of Israel’s offensive against Palestinian civil society and its ongoing efforts to suppress, dominate and eliminate the Palestinian people.

Meanwhile, Shatha’s family and loved ones continue to eagerly await her release to freedom.

Shirin Odeh is Shatha’s daughter and works as a legal researcher.