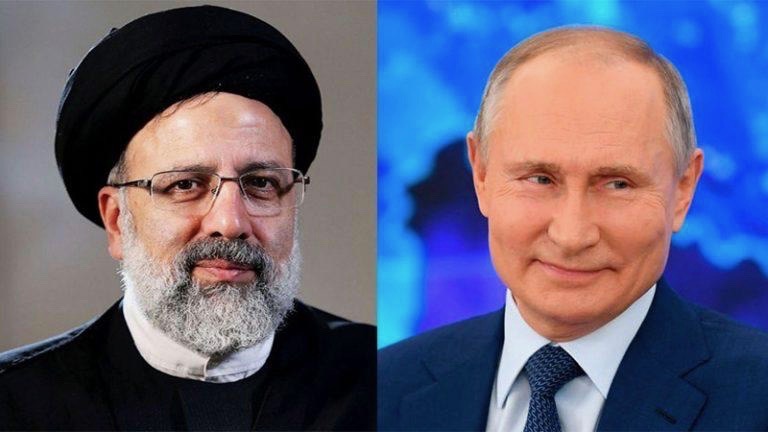 Will the US-Russia confrontation over NATO (North Atlantic Treaty Organization) expansion and the situation around Ukraine derail the Iran nuclear negotiations in Vienna?

Apparently, the Iran issue has been pushed somewhat from the center of world attention lately. But that is a matter of optics only. The US is manifestly keen to let it be known to Moscow and Tehran that it would continue to engage with Moscow on issues “fundamental to our national security interest,” such as the Iran nuclear deal.

As the state department spokesman Ned Price put it in the weekend: “The fact that Russia has now invaded Ukraine should not give Iran the green light to develop a nuclear weapon.” Price’s remarks followed Iranian president Ebrahim Raisi’s call with Russian president Vladimir Putin the previous day where he reportedly told the Russian leader that “NATO expansion to the east is tense,” emphasizing that the alliance’s continuing eastward expansion would pose a serious threat to the stability and security of independent countries in different regions.

Raisi went on to support Russia, saying, “I hope what is happening is for the benefit of the nations in the region.” The Russian readout noted that Putin spoke about “difficulties in reaching a settlement in the Middle East.”

On the nuclear talks as such, Putin stressed the importance of continuing consultations between Russia and Iran. The Russian stance is very supportive of Iran but Moscow shown willingness in a constructive spirit to be a mediator in the absence of any direct contact between the Iranian and American sides at the Vienna talks. Washington knows that it is expedient to leverage Moscow’s influence in Tehran.

On its part, though, Moscow is well aware of the primacy Tehran attaches to its strategic autonomy and, second, that this is a crucial national security issue for Iran where there is not much wriggle room anyway for negotiators.

There is a palpable sense of urgency in Washington to clinch a deal in Vienna, as the advanced centrifuges in the Iranian nuclear installations are narrowing the so-called breakout time by the day. In the weekend, Iran Supreme National Security Council secretary Ali Shamkhani spoke with UK national security adviser Stephen Lovegrove, and Iranian foreign minister Hossein Amirabdollahian had a call from EU foreign policy chief Josep Borrell on the issue.

Some of the Western parties in the Iran talks have said that the negotiations would end this week. To quote the French chief negotiator Philippe Errera: “We will continue until we reach an agreement or announce the collapse of negotiations next week.” That is to say, it looks like the sides are very close, but nothing is final until everything is agreed upon.

Iran’s foreign ministry said on Sunday that “97-98 percent” of a draft agreement is ready but three key issues remain that the West has not agreed with. Apparently, the sticking points include Iran’s demand for the lifting of more US sanctions than Washington is willing to accept, which includes what could well be a deal breaker, namely, the designation of the elite Islamic Revolutionary Guard Corps (IRGC), which comes under the Supreme Leader, as a terrorist organization by the Trump administration.

The point is, IRGC has an extended reach in Iran’s economy and armed forces and intelligence services and its commanders hold high-ranking positions in president Raisi’s government.

Another vexed issue is Iran’s demand for firm guarantee from Washington that a future US government will not renege on the deal. The Biden administration maintains that constitutionally it cannot provide such a guarantee on behalf of a future president, as the agreement in question is not a treaty to be ratified by the Senate. But Iran is, understandably, apprehensive that there could be a replay of the bitter experience from Donald Trump if there is a regime change in Washington in 2024.

Third, Iran demands that the file regarding International Atomic Energy Agency’s case about Tehran’s nuclear work should be conclusively closed lest the US uses its clout with the UN watchdog to keep the issue alive to gain leverage in future and put pressure.

This week will be crucial, as Iran’s negotiator returned to Vienna on Sunday following consultations in Tehran. Things could go either way. It’s unlikely that Iran would budge on its key demands while the Biden administration doesn’t seem to have courage to take bold decisions that may prove costly in the domestic politics.

This is where the Russian mediation could have helped. The fact that Europeans frantically reached out to Tehran in the weekend shows that their lines of communication with Moscow have snapped. The big question is: Can the East-West crisis derail the Iran negotiations?

The bottom line is that the US and European countries underestimate that lifting of sanctions is not just an economic issue for Tehran. Iran’s uniqueness as a developing country has all along been that it has a worldview, which is a legacy of its 1979 revolution. Iran situates the nuclear deal in its strategic calculus.

Iran’s experience with the Western powers in general and the US in particular also doesn’t help instill confidence. Iran faced betrayal, back-stabbing and outright bullying all through the decades since the revolution, including an eight-year old war imposed on it by Saddam Hussein who, instigated by Washington to destroy the Islamic regime, used chemical weapons given to him by the US.

In a declassified 1991 report, the CIA modestly estimated that Iran had suffered more than 50,000 casualties from Iraq’s use of chemical weapons, though current estimates are that much more than 10,000 people might have perished, and the long-term effects continue to cause damage.

How can Iran possibly forget that and so much more? It comes as no surprise that Iran has sided with Russia and blamed the US and NATO for the current crisis over Ukraine, knowing fully well that it was risking the ire of Western powers. The fact that the EU foreign policy chief Borrell frantically reached out to Tehran in the weekend shows disquiet in Brussels that, despite the daily fulminations against Russia and Putin by his superior heading the EU Commission Ursula von der Leyen, they are missing Moscow’s active role as mediator.

This is going to be a recurring pattern in the world order and the international system — be it on North Korea, Syria or Afghanistan. For a large number of countries in the world in all continents — except Europe, perhaps — the disbandment of the Soviet Union was a regrettable event of colossal magnitude as they lost a great buffer or firewall safeguarding them from the bullying by Western countries, many of them being erstwhile colonial powers.

Iran’s concern as a stakeholder in the outcome of the titanic struggle playing out in Ukraine with far-reaching global ramifications for decades to come is quite understandable — right in the middle of its negotiations with European powers when things seem to be coming to a head in Vienna this week.