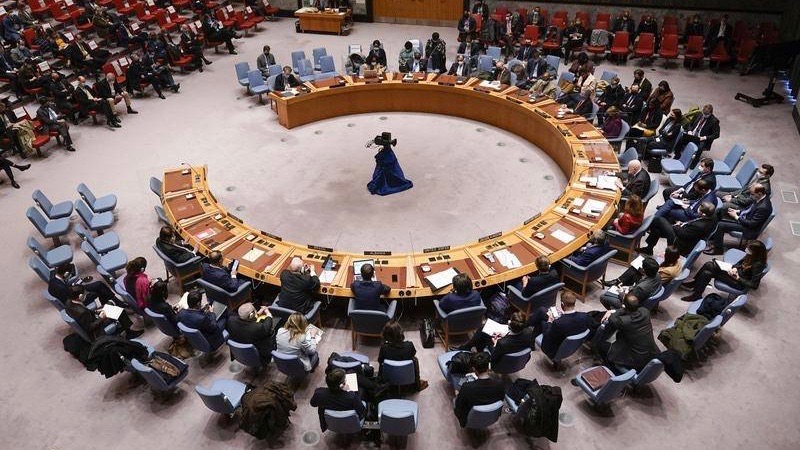 The UNSC has backed an arms embargo on the Houthis proposed by the UAE. (Photo: North West Star)

The United Nations Security Council (UNSC) on Monday, February 28, voted in favor of a resolution extending the arms embargo against the Houthi movement in Yemen. This was following a series of Houthi attacks in the last few months against targets in Saudi Arabia and the United Arab Emirates (UAE). 11 of the 15 UNSC members voted in favor of the resolution proposed by the UAE, with four abstaining. The resolution expands the scope of the embargo to include the Houthis’ political and civilian leadership, along with its military leaders and officials who were already being targeted under the previous embargo.

Referring to the Houthis as a ‘terrorist group,’ the UNSC in a statement said that it “strongly condemns the cross-border attacks by the Houthi terrorist group, including attacks on Saudi Arabia and the United Arab Emirates striking civilians and civilian infrastructure, and demanding the immediate cessation of such attacks.” It termed the Houthis as a threat to the peace, stability and security of Yemen. However, it seems to have turned a blind eye to the Saudi-led military coalition’s aggression. The conflict and civil war in Yemen has led to hundreds of thousands of civilian deaths and injuries and caused extensive damage to civilian infrastructure.

Saudi Arabia and the UAE are the two members of the coalition most involved in the war in Yemen. The coalition forces have carried out tens of thousands of indiscriminate airstrikes since intervening in March 2015. They have targeted civilian areas and damaged schools, mosques, residential buildings and marketplaces in several villages and cities. The coalition launched its military operations in Yemen months after the Houthis overthrew the Saudi and West-backed Yemeni government and drove it out from capital Sanaa. The Houthis then took control of most of the north of the country.

The UN has not denounced the war crimes and human rights violations committed by the Saudi-led coalition forces. This has exposed a stark double standard as the oil-rich Gulf countries are important regional allies of the West and also some of the biggest buyers of western arms and ammunition. Many of these weapons are being used against civilians in Yemen with devastating effect.

The western hypocrisy has been noted by many. The head of the Houthi supreme revolutionary committee, Mohammed Ali al-Houthi, took to Twitter and condemned the UNSC resolution for ignoring the “crimes” of the coalition. He added that the resolution “had no value” as it did not apply to the Gulf military coalition.

Saudi Arabia and the UAE have welcomed the passing of the resolution. The UAE mission to the UN in a statement said that the resolution would “curtail the military capabilities of the Houthis & push toward stopping their escalation in Yemen & the region.”

The members who abstained from the vote were Mexico, Brazil, Ireland and Norway. Norway said that it chose to abstain from voting in favor of the resolution because of the ‘terrorist’ terminology that was included in it, saying that it was “worried that using such terminology, absent a clear definition, may have [a] negative impact on UN efforts to facilitate a political solution in Yemen.” The statement further added that “Norway is also worried about unintended humanitarian consequences of this new language and that it could negatively affect UN efforts to address large-scale humanitarian needs throughout Yemen.”

Due to similar humanitarian considerations, international human rights groups have also been urging the US to not label the Houthis as a ‘terrorist group’. They have warned that the designation will hamper the ongoing political and diplomatic attempts by the UN and the international community to mediate a negotiated resolution to the conflict with the warring sides.

The war and civil strife in Yemen, ongoing for eight years now, has led to the internal displacement of millions of Yemenis. Around 24 million Yemenis, approximately 80% of the total population, are forced to depend on international humanitarian aid for survival. The UN estimates that the war and fighting has so far killed close to 388,000 Yemenis. Many of them died from the indirect effects of the war such as famine, disease outbreaks and lack of timely medical care. In recent months, fighting has escalated after a few months of lull due to a UN-brokered ceasefire. The rise in violence has once again led to concerns about further death and destruction.