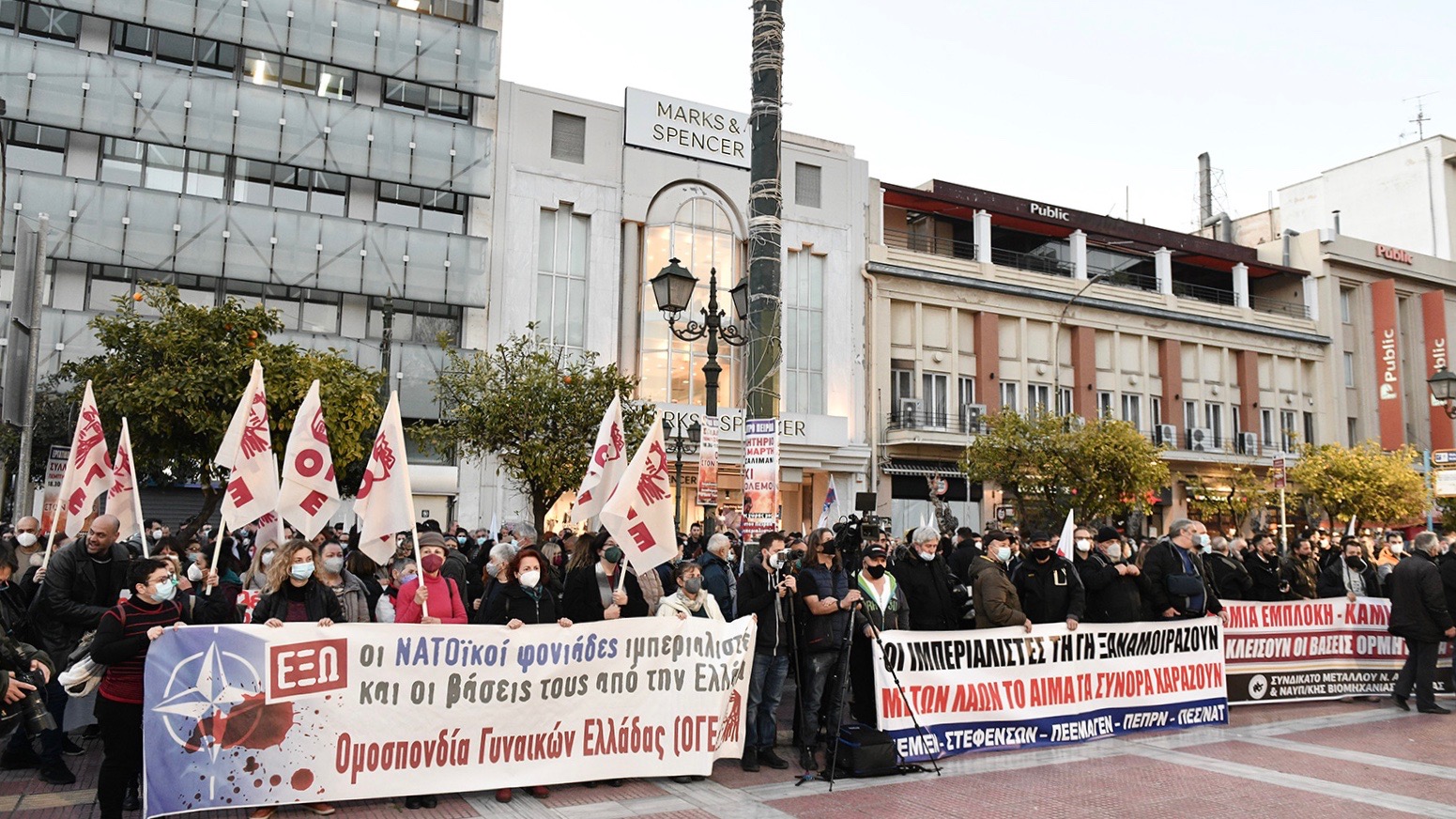 On Thursday, March 24, a demonstration was organized at the Piraeus port region of Athens, protesting the docking of the French battleship Charles De Gaulle at the port. The rally was called by the Greek Committee for International Detente and Peace (EEDYE) and the Panhellenic Union of Merchant Marine Engineers. Hundreds of cadres of the Communist Party of Greece (KKE), as well as trade unionists from the All Workers Militant Front (PAME) and Federation of Greek Women (OGE), and student youth groups like the Communist Youth of Greece (KNE) and the Students Struggle Front (MAS) participated in the rally stating, “Piraeus is a port of the peoples and not of the war and the imperialists.”

902.gr reported that a small group of protesters also raised a banner from a boat in the sea near the French battleship which read “stop all interventions”. Earlier this month, KKE activists had painted NATO ships red in the same port in a protest against Greece’s involvement in the war in Ukraine.

By March 25, the French navy’s aircraft carrier Charles de Gaulle had docked at the NATO naval base at Souda Bay on the island of Crete. It is likely to join a series of military exercises in the Eastern Mediterranean. Anti-imperialist sections in Greece have been protesting against the country’s collaboration in the US-NATO led endeavors in the Mediterranean. In the backdrop of the ongoing war in Ukraine, Greek communists have intensified their campaign to demand that the government maintain neutrality and distance Greece from the war. According to reports, on March 24, Greek defense minister Nikos Panagiotopoulos met the French minister of armed forces Florence Parly and signed a deal aboard the Charles de Gaulle worth EUR 4 billion (USD 4.4 billion) for the sale of three advanced-technology frigates to the Hellenic Navy and six Rafale fighter jets to the Hellenic Air Force.

Regarding the protests on Thursday, the Labor Center of Piraeus stated that “The interests of the workers are in conflict with the aspirations and objectives of all those who are currently waging the war. We must not allow workers to become their cannon fodder.”

In 2020, Greece had ratified a new defense cooperation agreement with the US to upgrade the Souda base and integrate it into the existing circuit of bases that includes bases in Alexandroupolis, Larissa, Stefanovikio, Magnesia and  Araxos in order to facilitate NATO maneuvers in the region.