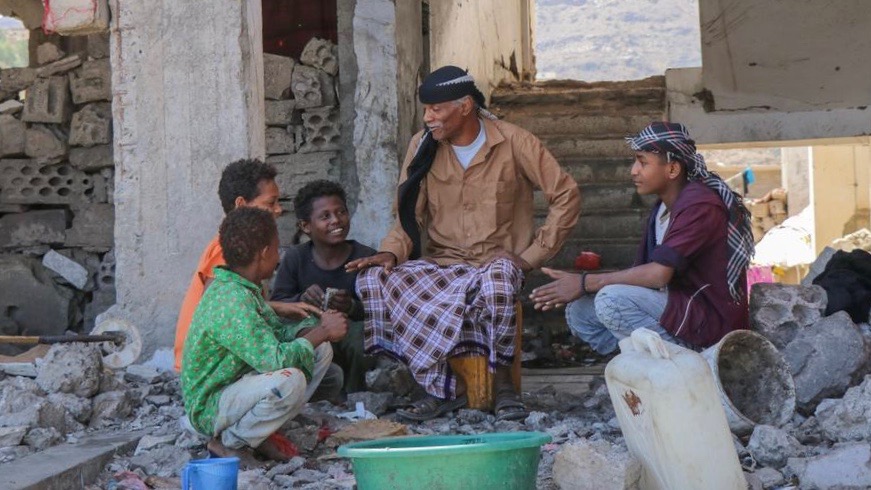 Hours after a two-month truce/ceasefire was announced between the Houthis and the Saudi Arabia-led international coalition in Yemen starting from Saturday, April 2, there were reports in the local media that Saudi forces opened artillery and rocket fire at the Sa’ada city near the border on Sunday. According to Iranian Press Tv, at least three Yemenis were killed in the attack.

Yemeni news agency Saba reported numerous other violations by the Saudi-led coalition in Hodeidah and other parts of the country, raising concerns of the feasibility of the ceasefire which is being seen as a crucial moment to end the seven-year-long war in Yemen.

The deal brokered by the United Nations (UN) was announced on Friday by UN’s special envoy Hans Grundburg. “The parties accepted to halt all offensive military air, ground and maritime operations inside Yemen and across its borders; they also agreed for fuel ships to enter into Hodeidah port and commercial flights to operate in and out of Sanaa airport to predetermined destinations in the region,” he said in a statement.

Grundburg also claimed that the ceasefire can be extended in the future with the agreement of both the parties.

The announcement of the ceasefire followed similar announcements made recently by both the parties separately. On Thursday, the Saudi-led coalition had announced a unilateral ceasefire for three days which was rejected by the Houthis as it failed to address their major condition of lifting of the air, sea and land blockade imposed by the coalition.

On March 26, the Houthis had proposed a ceasefire at the beginning of the month of Ramadan and offered to extend it indefinitely on the condition that the Saudi-ed coalition ceases its attacks, withdraws troops from Yemen, and lifts the sea, air and land blockade of the country imposed since 2015.

On Friday, the coalition agreed to open the Sanaa airport for limited traffic and allow ships to port at Hodeidah. It allowed two fuel ships, which it had apprehended for months, through Hodeidah hours after the announcement.

The announcement of a country-wide mutual ceasefire, the first since the Saudi-led coalition started bombing Yemen in March 2015, has revived hopes for peace. The announcement on Friday was welcomed by the Ansar Allah (Houthi) forces as well as by forces loyal to Abdrabbuh Mansur Hadi, the president living in exile in Riyadh. It has also been welcomed by regional players such as Iran and the US, which has been a major supplier of weapons and technical support to the Saudi-led coalition.

Reacting to the news of the truce on Saturday, Yahya Saree, spokesperson of the Houthi forces, tweeted that they are committed to the humanitarian and military truce “as long as the other party adheres.”

The spokesperson of Iran’s foreign ministry, Saeed Khatibzadeh, expressed the hope that “the ceasefire could be a prelude to the complete lifting of the siege of Yemen and the establishment of a permanent truce in line with efforts aimed at finding a political solution to the crisis.”

The war in Yemen was launched by Saudi Arabia and a dozen other regional partners with active assistance from the US and the UK to restore Hadi back to power after the Houthis and other Yemeni forces took control over the capital Sanaa and forced him to leave the country. Hadi was accused of corruption and anti-people policies in collaboration with external players like Saudi Arabia, US and Israel.

Hundreds and thousands have died due to the hostilities and because of starvation caused by lack of adequate food and medicines in the Arab world’s poorest country due to the Saudi-led blockade. The war has also destroyed all kinds of civilian infrastructure and caused the displacement of millions of Yemenis creating what the UN has called the “world’s worst humanitarian crisis.”

In a statement on Friday, US president Joe Biden welcomed the news of the truce in Yemen. UN secretary general Antonio Guterres also welcomed the truce announcement and appealed to both the parties to “make necessary arrangements” to support its successful implementation.

Despite widespread support for the truce announcement, its implementation remains a challenge given the deep mistrust between the parties and the failure of earlier attempts to bring truce. If the Saudi air raids continue as reported by Saba news, the chances of success of the truce will be minimum. As per Mohammad Ali al-Houthi, member of the Houthi-led Supreme Political Council in Yemen, the credibility of the truce “would be in its implementation.”

Massacre of African refugees in Spanish colonial enclave of Melilla just ahead of NATO’s Madrid Summit a mere coincidence?