David Sanders (1944 – 2019) was one of the founding members of the People’s Health Movement in Savar, Bangladesh, in 2000. He was a founding Director of the School of Public Health at the University of the Western Cape (UWC), and had over 40 years of experience in health policy and program development in Zimbabwe and South Africa.

A pediatrician by training, Sanders was a passionate advocate of Health for All and Comprehensive Primary Health Care. His expertise in child health and nutrition, human resources for health and health systems development was an invaluable contribution to many discussions in the field of global health. Over the course of his academic and activist work, David encouraged and inspired new generations of health activists to endure in the struggle for the right to health.

In a podcast published by Anthony Costello from The Social Edge (2018), Sanders talks about his health activism, the importance of the Alma Ata Declaration, and the impact of neoliberalism on the Health for All agenda. For World Health Day, we look back at David’s life as an activist through an interview originally published on The Social Edge.

Anthony Costello: So you were radicalized at medical school? You then trained in pediatrics in Zimbabwe?

David Sanders: No, not exactly. So I first qualified in Harare, what’s now called Harare, and was then called Salisbury. And, and in my senior student years, during my housemanship year, I was imprisoned briefly for activism. I was charged and convicted of a kind of a minor offense, for leading a student demonstration. But you know, by then I had become radicalized and then at the end of my housemanship year I got called up for the Rhodesian army. The Rhodesian army was already in conflict with the nascent liberation movement. The liberation movement existed, but its military operations were fairly embryonic at the time, sort of starting from the late sixties. So I skipped the country. And then, because of my political activities in the UK, where I went to, I couldn’t return. Well, I could return but I would have been very likely arrested. So then I was in the UK, in what you could call self-imposed exile from 1971 until early 1980, and I returned to Zimbabwe on the eve of Zimbabwean independence, literally.

AC: So you did your training in medicine and in public health, and had a stint at the London School of Hygiene, I think?

DS: Well, yes. I was already a graduate, and then I worked in pediatrics and adult medicine. And after working in the NHS for about four and a half years, I was already politically involved in British stuff. I was one of the founders of something called the Medical Committee Against Private Practice, very active during that time, and I was further radicalized, but now in class politics. This was linked to my registrarship at St. Thomas’s Hospital, where I had deep insight into the British ruling class. And there I came into conflict several times with people… Like, I refused to see private patients in the private wing. Some of the consultants didn’t like me. And I also conflicted with some of the students and the staff there. So at the end of that, having become a registrar in pediatrics, I jumped off the ladder, essentially. I decided to do a postgraduate study in Tropic, as it was then called, Tropical Public Health at the London School. And at the London School, I became acquainted with the writings of Vicente Navarro, who was one of the few Marxist writers in health at that time, and my eyes were really opened.

AC: You went back to Zimbabwe full of optimism and hope. But you left Zimbabwe a few years later to come to South Africa.

DS: Well, in my latter years in the UK, after studying public health, I really spent the next four or five years doing mainly political work, only doing locums occasionally to earn money. And I wrote my first book, The Struggle for Health, during that period, although it was only published in the 80s. And that was also when I got very involved in the Zimbabwe Solidarity Movement. I was also one of the founders of something which still exists, called the Politics of Health Group in England, with people like Lesley Doyle, who was very famous for her book, the first book on the political economy and health. I was very involved in political activity, and then I went back to Zimbabwe with Oxfam, as a health advisor to Oxfam. For the first time, Oxfam established a health program in Zimbabwe; they hadn’t done health programs before.

And so, in consultation with the very new government, I developed a rural health program. I think there were then two or three doctors still left in the rural areas, and we brought people who wanted to do some work abroad from the UK. I think I brought in seven. So we kind of had the biggest show in town. I stayed there between 1980 and 1992. So I was in Zimbabwe for 12 years, I worked for Oxfam in the first several years and I joined the medical school. I was first a lecturer in the Department of Pediatrics. But after a while, it became ridiculous to me to parade around the wards of the central hospital with a retinue of junior staff every single day, seeing children who are very sick, but not seeing children who are equally sick in many district hospitals around the country. So I then defected to the Department of Community Medicine, because I had a qualification in public health. So I was always at the intersection of I suppose child health and public health, you know, ever since that time, there’s always been tension.

AC: To what extent do you ascribe technology or even high level political decisions, as well as the role of community mobilization in political struggles for advances in health?

AC:  The Zimbabwe figures show that in the first 10 years of independence, mortality rates halved as literacy rates doubled. Generally speaking, they achieved many of the goals that were set, if you like. And many of those were in line with the Comprehensive Primary Health Care of Alma Ata which is celebrating its 40th anniversary this year, probably the most important health declaration of all time, one could argue.

DS: Yes. And I think that Alma Ata and the PHC declaration, despite the fact that people like Ken Newell, who was one of the architects of the declaration, felt that it had been watered down seriously at the Alma Ata conference. Nonetheless, Alma Ata was a product of its time. When we were talking, I mean, when the Brandt Commission, the North-South Commission were talking, they were talking about a New International Economic Order, by which they meant social democracy everywhere. And so the Alma Ata document was, in a way, a reflection of that time. So of course, it fitted more and more uneasily into contemporary political economy.

AC: Alma Ata was in 1978 and Zimbabwe got independence in 1980. You went back to Zimbabwe with great optimism. By the late 80s, when we first met, and the early 90s, the whole thing had changed because you had the Thatcher-Reagan era come in, neoliberal principles of economics became dominant, and you had a massive debt crisis in developing countries. As a response to that, the World Bank and IMF promoted structural adjustment, which was to get the market and the prices rise in everything and a free market approach. Many people were already saying loudly that this was having a devastating effect on the poor.

And I remember a conversation we had, where you said to me, everyone’s talking about HIV in Africa, correctly. But nobody is talking about the health impacts of structural adjustment.

I want to comment on that, because we’ve now had, since that time, another 20 or 30 years of continuing, if you like, free market, neoliberal economics, and a massive financial crisis. So, where do you see, in terms of the causes of the causes, the politics of child health right now? Because there are people that would say, the likes of Bill Gates and Hans Rosling, that everything’s getting better. And the mortality rates are falling. When actually, within some countries, stunting rates are going up, like data from Brazil shows. The gap between rich and poor for many countries has narrowed, whereas in others, it’s gotten much wider. How do you see this now?

DS: So we are now in the same period, basically, since Thatcher and Reagan. And I suppose it took a little while for that kind of ideology to become all-powerful, but really, since the late 1980s, for 30 years basically, we’ve been in a global economic system whose basic ideology and justification is what we call neoliberalism. You know, let the market rule, don’t constrain the market, don’t regulate the market.

Of course, in the 70s, there were contending ideologies: there was capitalism, and there was socialism. And somewhere in the middle, there was social democracy, which actually was being practiced in a large number of countries, not just the Scandinavian countries, even in the UK, at that time. Now there is just one ideology. And unfortunately, in public health and child health, this ideological approach actually totally dominates our work. There’s very little work done on what we believe in the People’s Health Movement, and indeed in scholarly writing – on the fundamental pillars of Primary Health Care. Some of the fundamental pillars are community participation, inter-sectoral action, appropriate technology, equity and comprehensiveness – these were the five principles of Primary Health Care. Comprehensiveness means, to my understanding, promotive, preventive, curative, and rehabilitative work. We could add palliative, in the more recent times. But you know, the promotive and preventive – especially the promotive – address the social determinants of health, the causes of the causes.

In health practice, in child health, these aspects are neglected. The first manifestation of that was Selective Primary Health Care, the child survival revolution in the 1980s. At the time it was GOBI-FFF. There, they selected some technologies like for oral rehydration, but we didn’t send the patients water for diarrhea. It was selective in the way it selected certain technologies for child survival but neglected others, and neglected especially what we call the promotive, those that address the underlying causes through inter-sectoral action. And we have had bigger packages of health care for children since, and yet still they neglect social determinants. As you yourself have said, sanitation is a global disaster, it is. So is water supply, and so is food security. If we don’t deal with those things, I’m afraid we will not achieve outcomes which are perfectly possible.

The interview was edited for length and adapted for reading. The whole conversation can be accessed in full on the podcast website. 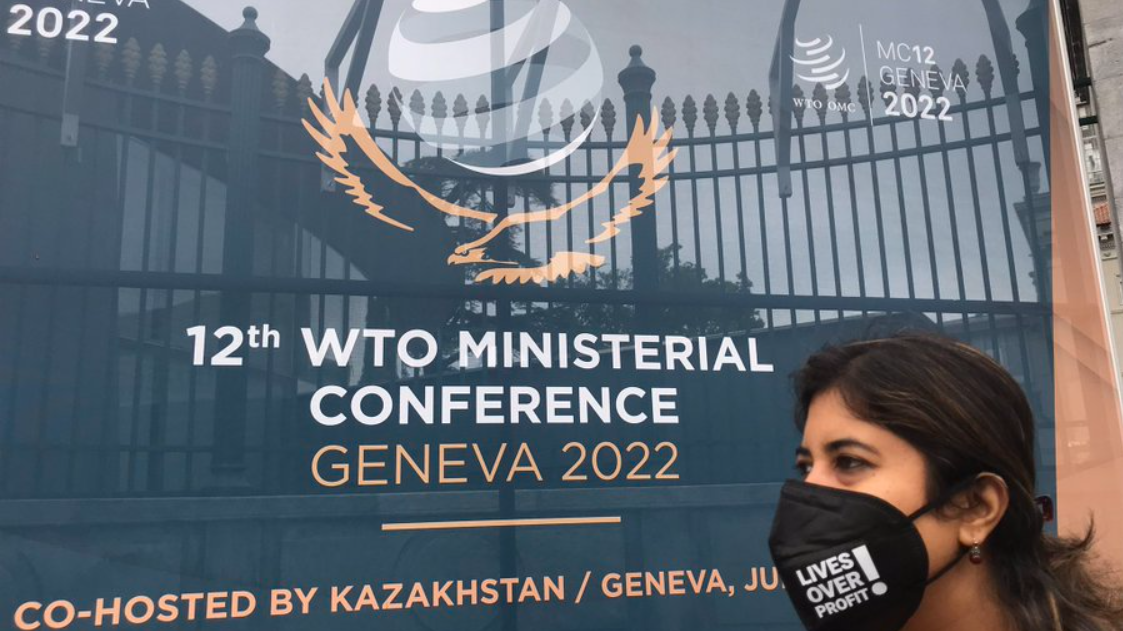 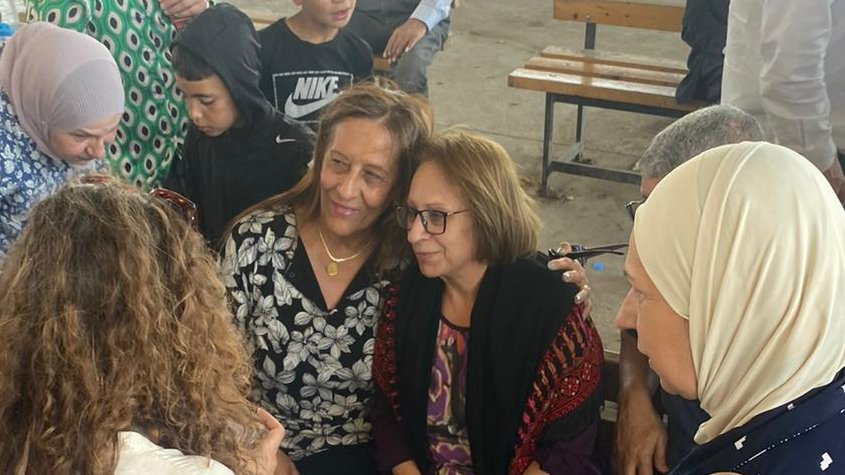