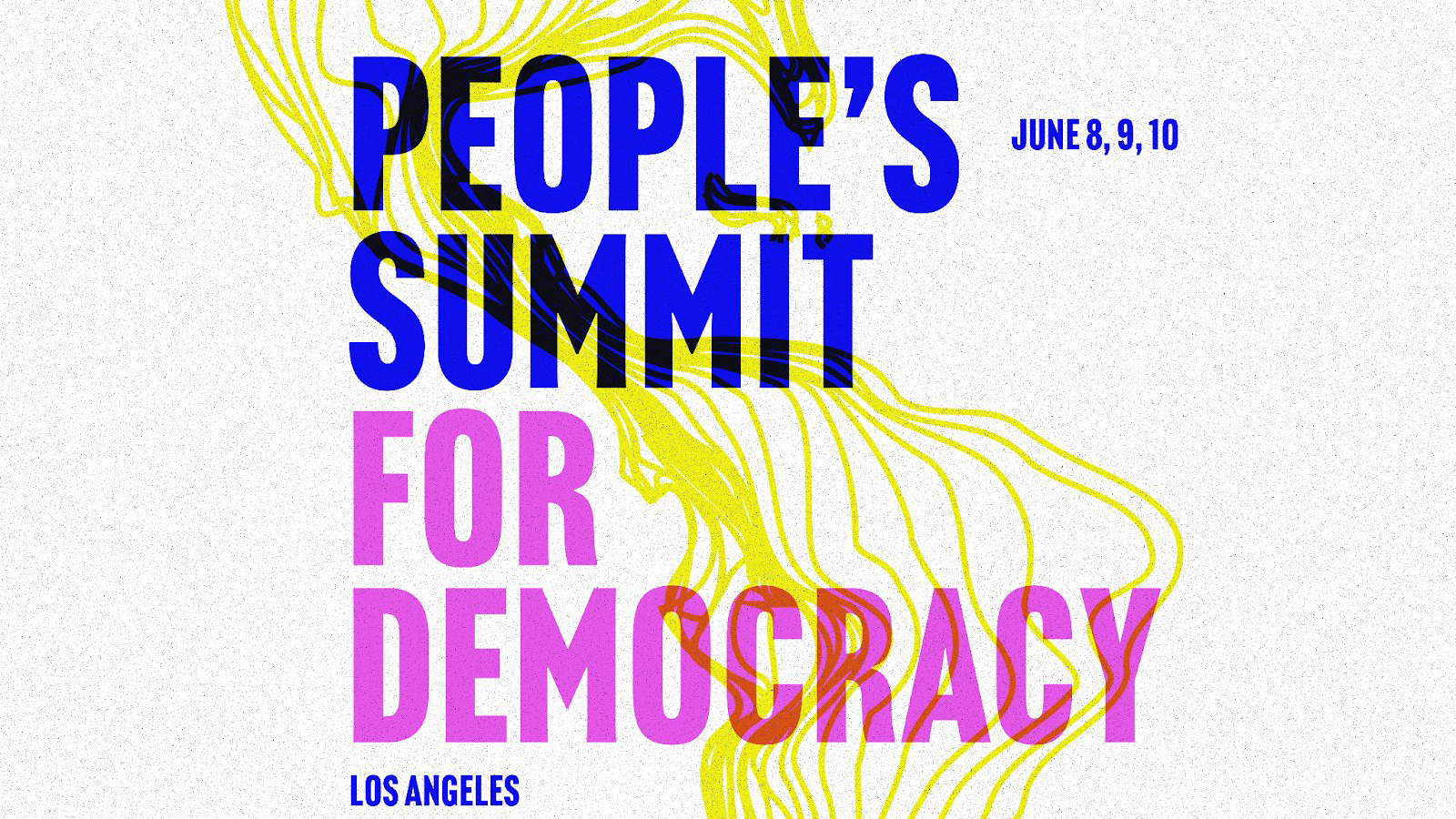 We, unionists, activists, grassroots organizations and progressive people of Los Angeles and of the Americas are calling for a People’s Summit.

Join us June 8-10th for three days of mobilizations, workshops, and to uplift the voices of the people.

The Summit of the Americas is organized by the heavily US-influenced Organization of American States (OAS), this year to be hosted within the US itself for the first time since 1994 when it was held in Miami. The theme of the summit is “Building a Sustainable, Resilient, and Equitable Future”. Together with Los Angeles Mayor Eric Garcetti and California Governor Gavin Newsom, Biden plans to highlight their shared commitment to “shared commitment to economic prosperity, security, human rights, and dignity.”

People’s movements in the United States have pointed out the hypocrisy in this goal. “Prosperity for who?” writes the organizers of the People’s Summit. “LA has some of the starkest income inequality in the nation with billionaires living just within blocks from homeless encampments amidst the rising housing crisis. Working people in LA and across the country know that the U.S. government has absolutely failed us, especially during a pandemic where we saw workers’ lives sacrificed for the sake of profits.”

The White House has put forth lofty goals for the Summit of the Americas, which often contradict US government action. An important example is the question of global vaccine apartheid. According to a senior Biden administration official, “the first priority for the summit is, of course, combatting the COVID-19 pandemic, but also health systems and health security. So we’ve had a very active vaccination campaign in Latin America and the Caribbean beyond vaccine donations, making sure that we are, you know, supporting manufacturing and production capability in the region to prepare for future pandemics.”

US-based companies such as Pfizer, Johnson & Johnson, and Moderna have continuously refused to waive intellectual property rights on their vaccines, which would allow health institutions in the Global South to manufacture vaccines themselves rather than rely on outside donations. The US government, despite investing billions in these corporate vaccine manufacturers, has not pushed significantly for the patent waivers that would reduce global vaccine inequality and apartheid. However, Cuba, an impoverished country that has produced its own vaccine despite great adversity, entirely without patents and free for any country to manufacture, has been continuously denied entry into the Summit of the Americas.

Manolo De Los Santos, popular educator, organizer, and a member of the organizing team of the People’s Summit, said, “The importance of the People’s Summit is that it is giving voice to millions of people in the country and in the continent who are often excluded from mainstream spaces and narratives. We want to create a space that encourages debate, discussion, and dialogue between different forces in our society that actually want to transform it for the better.”

The endorsers of the People’s Summit are a diverse range of US-based and international organizations, including Alba Movimientos, CODEPINK, ANSWER Coalition, the National Union of the Homeless, the Jericho Movement, and US Labor Against Racism and War.