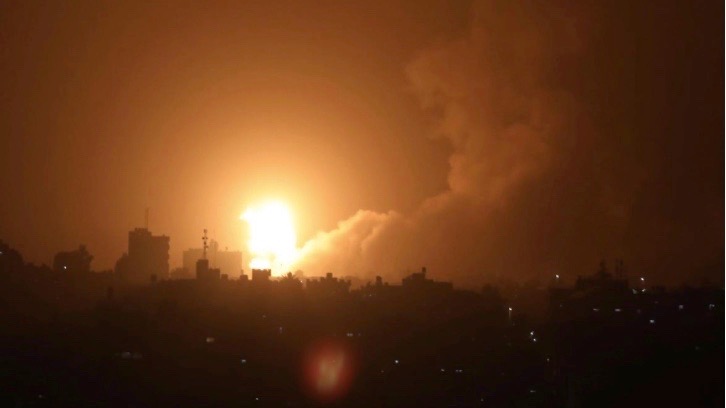 Continuing with its aggression against Palestinians, Israeli war planes bombed the besieged Gaza strip at midnight on Monday, April 18. No casualties were reported but the attack caused severe damage to civilian properties in the area, according to the Palestinian Wafa news agency.

Wafa reported that Israeli warplanes fired at least four rockets near the city of Khas Younis in the southern Gaza strip. Hamas claimed to have retaliated by firing surface-to-air missiles, forcing the Israeli planes to retreat.

Israel said that its planes targeted a Hamas weapons manufacturing unit. It also claimed that it had intercepted a rocket fired by Hamas inside Israel. No casualties were caused by the rocket and no Palestinian group has taken responsibility for the same.

The Israeli air strikes inside Gaza on Monday were the first major attack this year. Last year in May, during Ramadan, Israel carried out bombings inside the besieged Palestinian territory for 11 consecutive days, killing more than 260 Palestinians and injuring over 2,000.

Gaza tonight, still not recovered from the unprecedented war crimes committed last May during Ramadan, is enduring a new deadly round of Israeli airstrikes tonight on Gaza to punish the Palestinian people for resisting collective punishment, occupation and apartheid. pic.twitter.com/56buaMRDzl

The damage to civilian infrastructure caused by the bombings will lead to a further decline in the living standard of the over two million Palestinians living inside the territory. Gaza’s economy is already in tatters due to a complete land, sea and air blockade imposed by Israel since 2006.

The attack is the latest incident in a spiral of violence unleashed by the Israeli forces inside the occupied Palestinian territories since the last week of March. Its forces have attacked the Al-Aqsa mosque compound several times since the beginning of the month of Ramadan, injuring and arresting hundreds of worshipers.

Israeli forces are turning Ramadan– a holy month of self-reflection, family, community & generosity– into a nightmare for the people of Gaza, who endured a two-week-long attack almost a year ago.

Hamas has warned against attacks inside the mosque, calling it “red line.” It has so far observed the ceasefire signed last year in May.

The Israeli forces have also launched repeated raids inside Palestinian villages recently, leading to over a dozen Palestinian deaths. On Monday, an 18-year-old Palestinian girl, Hanan Mahmoud Khadour, succumbed to injuries she sustained after Israeli forces fired at her during one such raid at the Jenin refugee camp in the occupied West Bank on April 9.

According to the Palestinian health ministry, at least 25 Palestinians have died in such Israeli attacks since March 22.