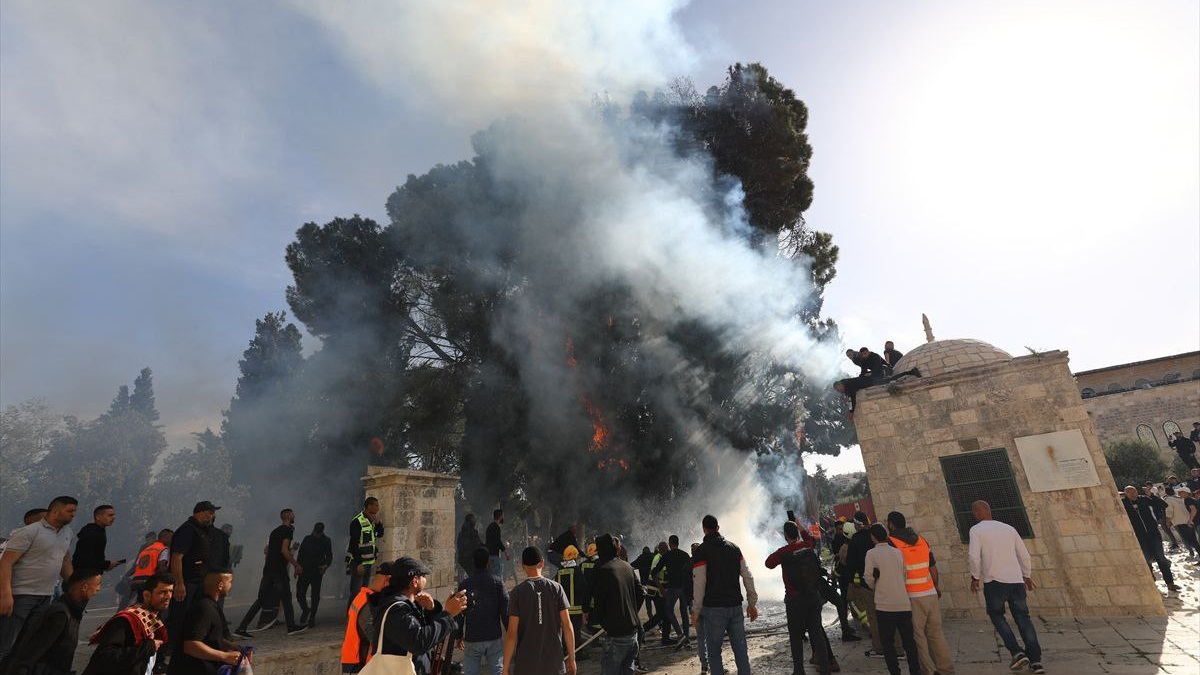 Civil Defense teams try to put out a fire that broke out following the Israeli attack on Al Aqsa mosque. Photo: Palestine News 24/7

For the second Friday in a row, Israeli forces attacked and disrupted early morning prayers on April 22 inside the Al-Aqsa mosque in occupied East Jerusalem. Hundreds of Israeli forces stormed the mosque and attacked Palestinians who had gathered in large numbers to pray during the holy month of Ramadan.

Israeli forces fired rubber bullets, stun grenades, and tear gas on the worshipers leading to at least 31 Palestinians getting injured, two of them critically. Some cases of pepper spray injuries were also reported. Scores of Palestinians were also arrested by the Israeli security forces.

The moment photojournalist Ali Yassin received treatment for his injury this morning during the clashes that erupted with the occupation forces at Al-Aqsa Mosque pic.twitter.com/0tbEALzRFd

Thousands of Palestinians had gathered inside the mosque compound to perform Friday prayers despite the increased hurdles created by the Israeli security forces. Friday prayers during the month of Ramadan see larger gatherings than usual. Israeli security forces tried to justify their aggression on Palestinian worshipers on Friday by calling them “rioters and lawbreakers” and claiming that they were “forced to use riot dispersal means” after Palestinians started throwing stones during the early morning prayers. They also blamed Hamas for the violence.

In a statement issued on Thursday, Ismail Haniyeh, leader of Hamas, congratulated Palestinians in East Jerusalem for standing up to the consistent Israeli aggression at Al-Aqsa and said that the occupation state “is delusional if it thinks it could change the Islamic character of the Al-Aqsa mosque.” Hamas had also given a call for greater mobilization on Friday against the attacks.

Haniyah’s comment followed Israeli bombings – for the second time this week – inside Gaza. Israeli missiles hit buildings in the Zeitoun neighborhood and a couple of other locations in southern Gaza, damaging civilian infrastructure. Israel had claimed that the bombings were in response to rockets fired from besieged Gaza strip.

⭕ Photo | The moment the occupation forces arrested one of the wounded during the storming of Al-Aqsa this morning pic.twitter.com/hpbAzHOEgR

Israeli forces have been attacking the mosque on an almost daily basis since the beginning of Ramadan. Last Friday’s attack had left more than 150 worshipers injured and over 300 Palestinians were detained.  Some of the Israeli attacks on Palestinian worshipers inside Al-Aqsa were related to its attempts to empty the compound to make way for extremist Jews who wanted to visit the site during the festival of Passover.

The #IsraeliOccupation forces @ the military Qalandia checkpoint are banning hundreds of Palestinians from reaching Al-Aqsa Mosque.

During Ramadan Israel also closes some parts of the Al-Aqsa compound, such as areas near Damascus gate where a large number of Palestinians gather to celebrate evening festivities after a day of fasting. 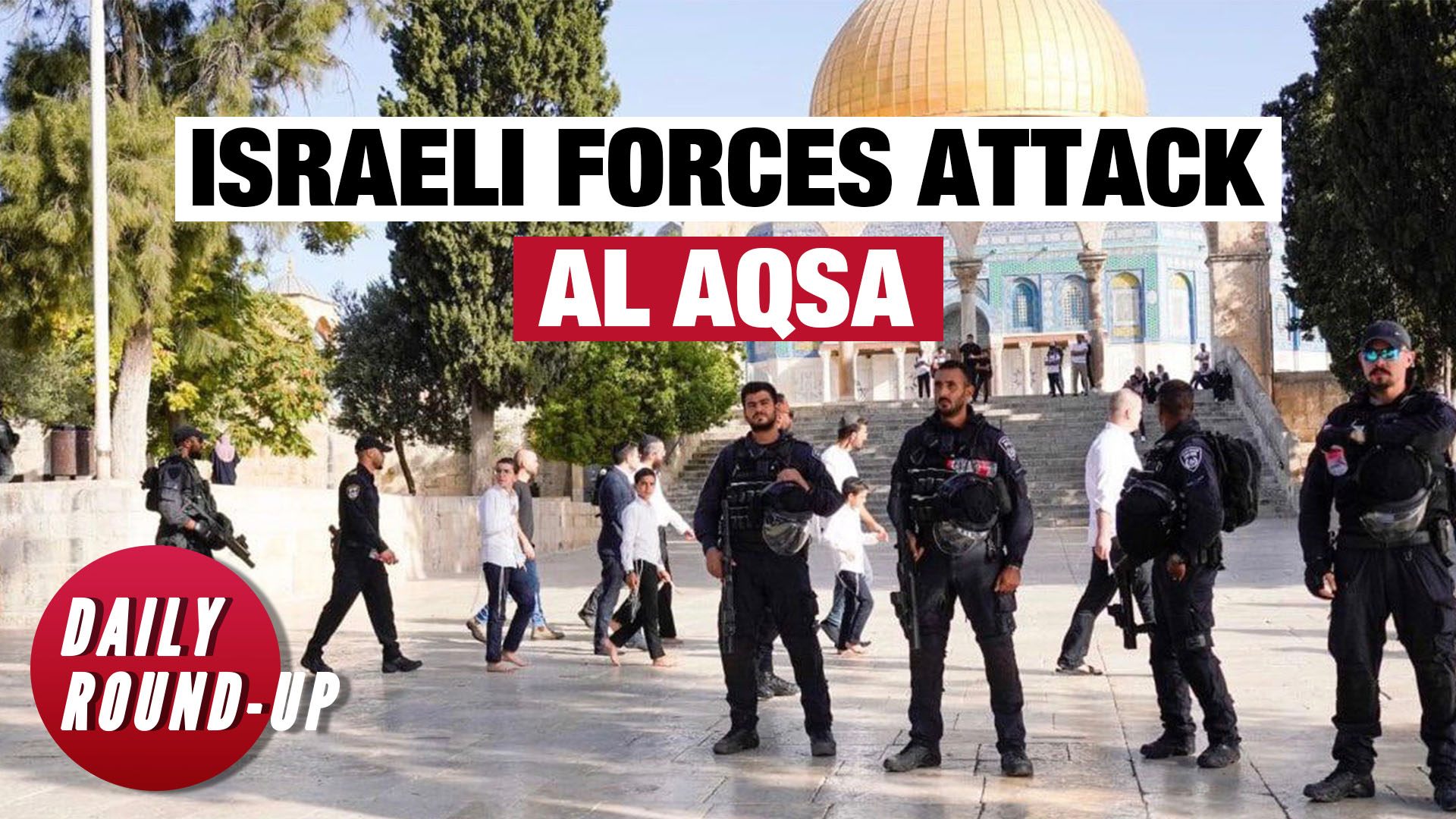