In the second round of elections to the French National Assembly held on Sunday, June 19, the Ensemble coalition led by President Emmanuel Macron lost its absolute majority, while the eco-left coalition New Ecologic and Social Peoples Union (NUPES) led by Jean-Luc Melenchon and the far-right National Rally (RN) led by Marine Le Pen made significant gains. The Macronists managed to emerge as the single largest bloc in the 577-seat National Assembly by securing 245 seats and 38.6% of the votes. However, they failed to cross the simple majority of 289 seats as they lost 102 seats from their previous tally of 347. The newly formed NUPES coalition secured 131 seats (73+) and 31.6% votes and is a major opposition bloc in the Assembly. Meanwhile, the RN emerged as the second largest political party by gaining 89 seats with 17.3% votes, up from its previous tally of just eight. The conservative Republicans (LR) and allies have been pushed back to just 64 seats, losing more than half of the seats from their previous tally of 136. The second round of polls on Sunday recorded a 46.25% voter turnout.

LR and allies (64 seats) are likely to provide support to the Ensemble coalition (245 seats) led by Macron’s neo-liberal La Republique en Marche (LREM) which has 189 seats. But, contrary to predictions and its performance in the first round, the NUPES fell a bit short of the expected outcome where a neck-to-neck battle with the Macronists was predicted. Within the NUPES, La France Insoumise (LFI) led by Melenchon witnessed a surge in votes and increased its seats to 72 from just 17 in the previous Assembly, while the Greens, the Socialist Party (PS) and the French Communist Party (PCF) managed to win 27, 26, and 12 seats, respectively. Higher rates of abstentions and cross-coalition informal agreements between the Macronists and other anti-left sections are said to have hampered NUPES’ chances of making  overwhelming gains in the polls.

The far-right RN, the runner-up in the French Presidential polls held in April 2022, has emerged as a major player and become the second largest political party in the National Assembly, next only to LREM. This is a worrisome development for progressive sections in the country and is feared to have far-reaching repercussions for French politics. According to some observers, the RN has managed to gain significantly by tapping into the support base of LR, which had a terrible run in the polls.

According to Perspective Communiste, NUPES managed to win six out of seven seats from the French overseas territory of Reunion. The pro-independence Tavini Huiraatira party, part of the NUPES coalition, won the three constituencies covering French Polynesia. Left-wing candidates also managed to win two seats in French Guyana. Macronists won two seats from New Caledonia, one from Wallis and Futuna, and one from Saint-Martin and Saint-Barthélemy. Several independents and left-leaning regionalists also got elected from Martinique and Guadeloupe.

The election of NUPES candidate Rachel Kéké, the figurehead of the historic strike by chambermaids at the Ibis Batignolles Hotel in Paris, from the 7th district of Val-de-Marne by defeating incumbent Sports Minister Roxana Maracineanu was one of the highlights of the election.

Maud Vergnol wrote in an editorial in L’Humanite on June 20 that the results are “an electoral slap to the presidential camp and it reveals that the king is naked,” adding that “Macronists are numerically right ahead in the Assembly. But #Macron could not wake up this morning with an undeniable majority. It’s a scathing defeat for the newly elected president, whose second five year-term is coming under much different auspices than 2017, when LaREM alone won 308 seats… With several ministers and leaders off the game, including the President of the National Assembly, Richard Ferrand, the Macronists are seriously shaken, the presidential monarchy is shaky.” 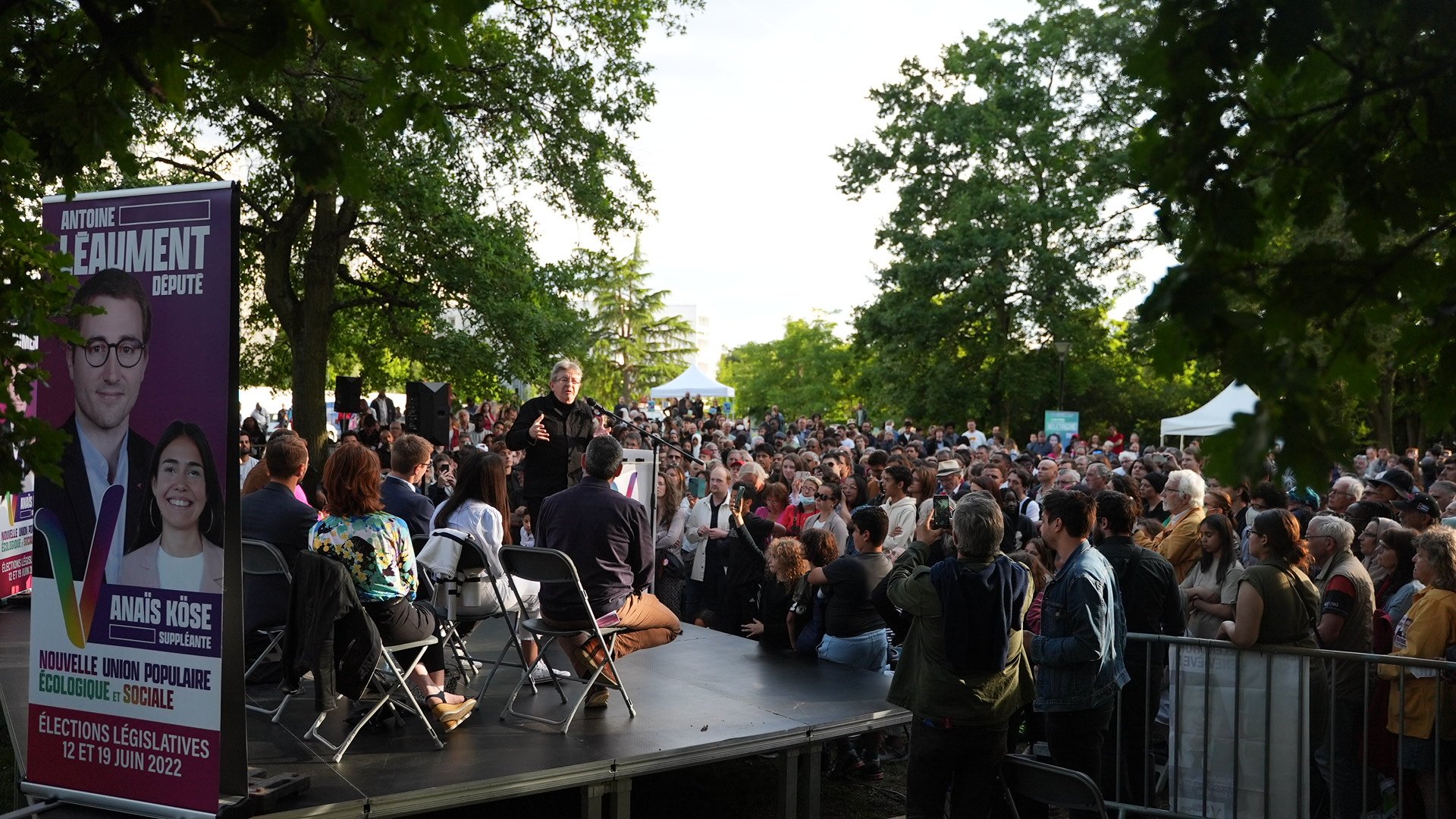