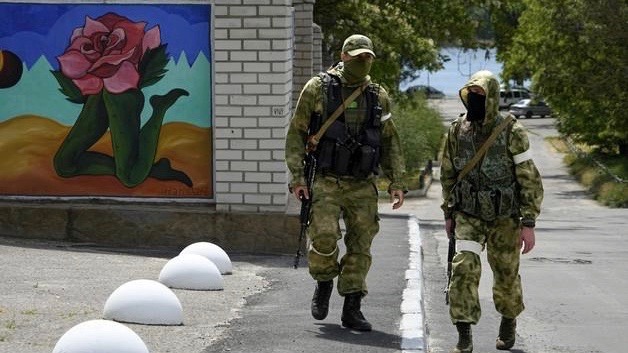 The great beauty about the war of attrition is that the military strategy of belligerent attempts to win a war by wearing down the enemy may not necessarily achieve the intended strategic success. Worse still, it may remain inconclusive and it becomes difficult to distinguish between the winner and the vanquished.

The best example in modern times has been the War of Attrition that Egypt launched in March 1969 to wear down Israel by means of a long engagement and so provide Egypt with the opportunity to dislodge Israeli forces from the Sinai Peninsula, which Israel had seized from Egypt in the Six-Day War of 1967.

That War of Attrition turned out to be inconclusive. No territory was exchanged, and there was no obvious victor. Opinions vary as to whether either side had achieved a strategic success. Arguably, Egypt’s failure to make any territorial gains was tantamount to an Israeli victory; but then, the shift in psychological balance resulted in Egyptian favor, which ultimately led to the 1979 peace treaty that followed the Camp David Accords.

But for such peaceful negotiated endings, leadership is needed. Henry Kissinger in his new book, Leadership: Six Studies in World Strategy, devotes a chapter to Anwar Sadat as one of six world leaders he knew, who possessed such strategies of statecraft necessary to bring Egypt’s War of Attrition to a close. Kissinger calls it Sadat’s ‘strategy of transcendence.’

When it comes to the Ukraine conflict, Russia is seeking what Clausewitz called ‘the exhaustion of the adversary’. But the paradox is, the side that is perceived to be at a disadvantage — Ukraine — is increasingly seeking means to neutralize Russia’s advantages over time.

There is no question that Ukrainian artillery has started to hit Russian forces where it hurts in the Russian logistics effort in the highly strategic southern Black Sea region, where the geopolitical contestation is ultimately going to be decided. Russian President Vladimir Putin lashed out on Tuesday that “the situation in Ukraine testifies to US attempts to prolong this conflict.”

For two months already, Kiev has been talking about launching a major counteroffensive to recapture the southern city of Kherson and turn the tide against the Russian forces advancing toward the critical port city of Odessa, which is a vital lifeline to Ukraine.

Kiev is smashing bridges on the Dnieper and Russian ammunition depots in Crimea, but the larger movement of infantry is yet to happen. The Russian forces are reinforcing and digging in to defend Kherson. The Politico wrote, “Is it a feint from Kyiv to scramble and confuse Russian forces? Or an indication that Ukraine currently lacks the firepower to unseat Moscow’s hold on key territory — and that a grinding war of back-and-forth gains is inevitable?”

Meanwhile, there is growing doubt whether all those billions of dollars worth of weapons pouring into Ukraine from across Europe and North America really make any difference to the “big picture.” In the best case scenario, Europe will muddle through a cold, shivering winter. Equally, there is also the apocalyptic scenario of Europe in autumn with ‘epic collapses of stocks, debt, currencies, much higher inflation.’

In the Donbass frontline itself, the Russians continue to “grind down” the Ukrainian military. The operations are currently positional battles along the Bakhmut-Seversk-Soledar lines. Russian assault groups entered Bakhmut, which is a highly strategic communication hub for Kiev, four days ago and managed to establish a foothold on the city’s eastern outskirts. On Wednesday, Russians took control of Vershina on the south-eastern outskirts of Bakhmut. A multi-pronged attack on Bakhmut is beginning.

As for the city of Soledar, Ukrainian defences are crumbling after suffering heavy losses in counter-battery duels. The Russians claimed that over 50% of the personnel and military equipment of the 15th Battalion of the 58th Motorised Infantry Brigade of the Armed Forces of Ukraine were destroyed. Again, the Russian forces took control of Peski last week, which will now take the offensive toward Krasnogorovka as well.

That said, there is a long way to go still to bring the Russian offensive to the 2014 administrative borders of Donbass. Thus, the Ukrainian forces that have been bled white are unable to push hard while the Russians keep grinding them to dust.

Whiff of endgame in the air

On Tuesday, a top official in Russia’s foreign intelligence service SVR, Vladimir Matveyev, who holds the rank of general, made a sensational disclosure at the Moscow Conference on International Security that Russia has information to the effect that the Western sponsors of Ukrainian President Volodymyr Zelensky have almost written him off and are plotting the dismemberment and occupation of part of Ukrainian lands.

To quote Matveyev: “As one can see from the information coming to the SVR, the Western handlers have almost written it off (the Kiev regime) and are working hard on plans for the dismemberment and occupation of at least part of the Ukrainian lands. In reality, there is much more than Ukraine at stake for Washington and its allies. It is the fate of the colonial system of world domination.”

The general couldn’t have declassified such sensitive information in front of an elite international audience in a fit of “psywar.” Is there is a vague hint that the endgame is not far off?

Indeed, the UN Secretary-General Antonio Guterres is meeting President Zelensky in Ukraine on Thursday to discuss a political solution to the conflict. On Monday, Guterres had a call with Russian Defense Minister Sergey Shoigu “to discuss the conditions for the safety operations of the Zaporizhia nuclear power plant” during which they “also exchanged views on the fact-finding mission in relation to the Olenivka prison incident.”

The Zaporizhia NPP’s safety has turned into a major international issue as Ukrainian shelling continues. The topic figured in a phone conversation between the US Secretary of State Antony Blinken and his Ukrainian counterpart Dmytro Kuleba on Wednesday.  The US is reportedly seeking a UN Security Council meeting on Ukraine situation next Wednesday.

Again, an impartial fact-finding mission on the Olenivka prison incident can cause serious damage to Zelensky’s standing, being a horrific a war crime that scores of Ukrainian POWs (from Azovstal in Mariupol who were being interrogated by the Russians) have been silenced in a HIMARS missile strike.

Are we seeing the first signs of Zelensky being collared? In a recent article in New York Times, well-known columnist Thomas Friedman made dark hints that “privately, US officials are a lot more concerned about Ukraine’s leadership than they are letting on. There is deep mistrust between the White House and Ukraine President Volodymyr Zelensky — considerably more than has been reported.”

The bottom line is, there could be more to it than meets the eye in the remarks Wednesday evening on Rossiya-24 television by the Russian ambassador to the US, Anatoly Antonov that he expects to meet with Pentagon and State Department officials “in the near future, where it would be possible to dot the i’s and determine whether the Americans are really ready for equal, mutually beneficial interaction.”

Antonov lamented the state of Russia-US relations: “The situation is deplorable. I’d like to say otherwise, but I can’t. Everything that was created in recent years has come apart. It seemed that two years ago the relations were complicated when we had the Trump administration, were expelling Russian diplomats, wrangling over property. But today they are just unprecedented.”

He added that Russians traveling outside their country or residing in the US, “are discriminated against for being Russians, intimidated, persecuted, threatened. Unfortunately, cultural, scientific and educational ties have been severed. Mentions of the role of our country in World War II are being blotted out.”

Taking note that Russian FM Lavrov and Blinken held phone talks at the end of July for the first time in more than six months, Antonov said: “I have to admit that the Russian-US political dialogue is paralyzed today. As a result, even the areas that are of mutual interest to the two countries suffer. Contacts are occasional… We are firmly convinced that without direct interaction of our powers, it’s impossible to solve not only the problems of bilateral relations, but also issues concerning the whole world.”

Antonov seemed to be “sensitizing” the Russian public opinion. What he said was a complete turnaround from Putin’s speech just the previous day pillorying the “collective West” and the US in particular.

To be sure, Ukraine’s war of attrition is approaching an inflection point. The Ukrainian counteroffensive has failed to materialize, while a massive Russian knockout blow to the tottering Ukrainian military also seems improbable.

Meanwhile, the intelligence agencies in Russia and Washington are quietly working out prisoner exchange that President Biden desires.  In the Cold War chronicles, such exchanges usually foretold a détente.