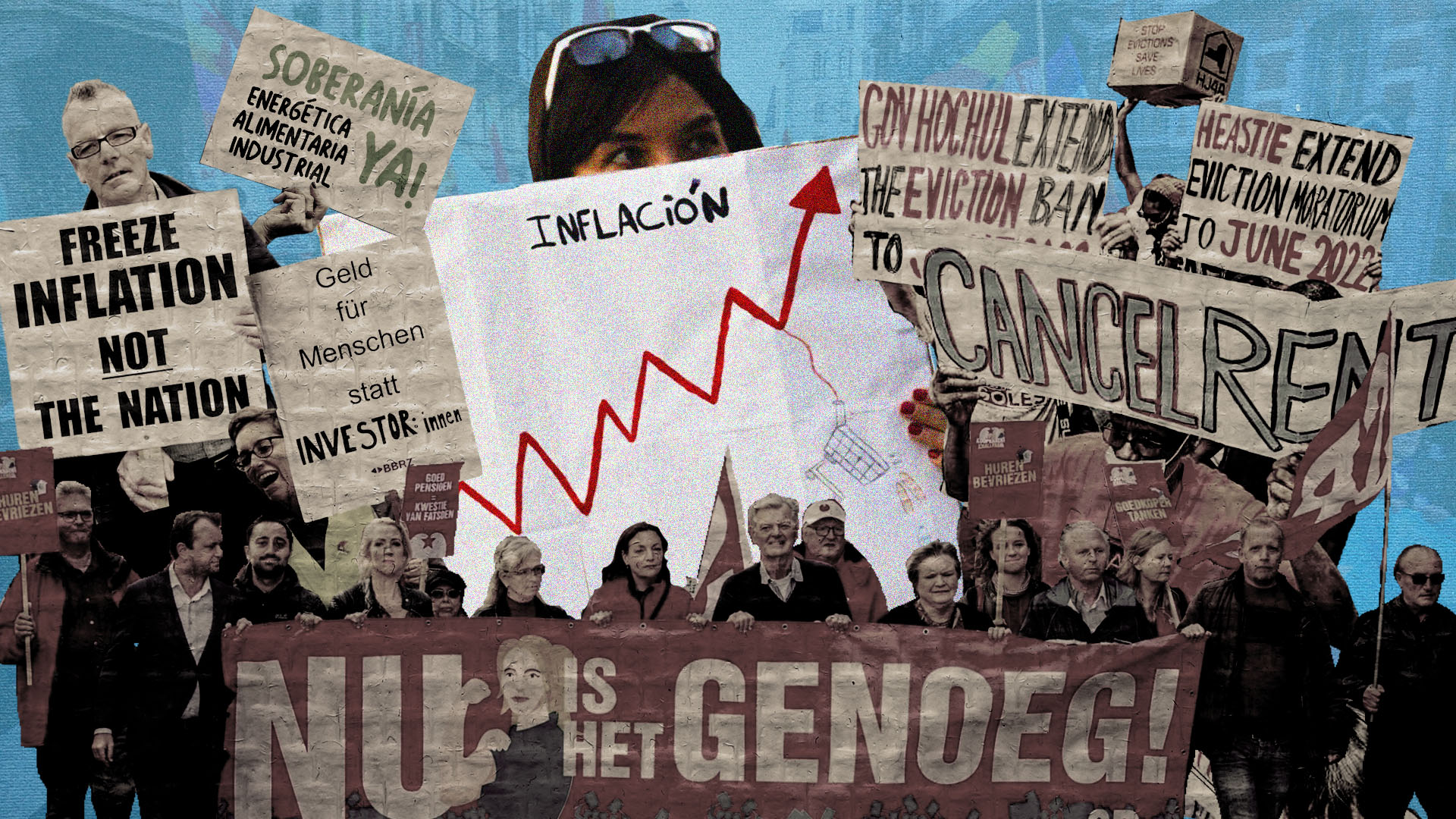 An inflationary tsunami is passing through the world economy, creating economic disorder – in some cases acute political crisis – in every country it touches. This is gathering momentum as the US, which is leading other Global North economies, attempts to control inflation by rapidly raising interest rates – forcing the Global North economies into recession.

The Global South economies have been thereby struck by a quadruple whammy producing still more severe stagflation, rising inflation, and slowing growth than in the Global North. First, rising US interest rates force up the dollar’s exchange rate against the currencies of developing countries, increasing import prices that are usually set in dollars, thereby worsening inflation for these developing countries. Second, the dollar’s climb against the currencies of developing countries increases the cost in their currencies of repaying international debts, which are dollar-priced. Third, to attempt to prevent a very sharp fall in their exchange rates, and to try to prevent capital from flowing out of their economies into the US, the Global South countries raise interest rate – pushing their economies toward recession. Fourth, the Global North’s recession lowers the demand for Global South exports, putting further downward pressure on their economies.

Politically, this situation creates crises for several right-wing regimes in the Global South, but also adds negative pressure on the policies of progressive left governments and leads to the threat of “color revolutions.”

The US claims that this global inflation, and the downward pressure on living standards it creates, is due to the Ukraine war  – and that therefore, countries should blame and unite against Russia. But a brief look at the facts refutes this claim.

More than 90% of the US price rises took place before the Ukraine war. Therefore, it is important to think critically when the US blames Russia for the worldwide inflation and the resulting reduction in living standards. The huge US inflationary wave, which spread globally with only a two- to-three-month delay, since the US is the world’s largest economy, took place before the Ukraine war. As the Wall Street Journal editorial board noted: “This isn’t Putin’s inflation… This inflation was made in Washington.”

What caused the US inflation?

It is easy to explain in technical economic terms why US inflation soared – it was analyzed as it occurred by US economists such as former Treasury Secretary Larry Summers. In May 2021, Summers warned: “We’re taking very substantial risks on the inflation side… The Fed’s idea used to be that it removed the punchbowl before the party got good… Now, the Fed’s doctrine is that it will only remove the punchbowl after it sees some people staggering around drunk… We are printing money, we are creating government bonds, [and] we are borrowing on unprecedented scales.”

The US budget deficit rose to 26% of GDP and the annual increase in US money supply reached 27 % – both by far the highest in US peacetime history. With a huge surge in demand taking place, and no major increase in supply, soaring US inflation was inevitable.

What was the role of inflation?

But more important than a technical explanation is understanding the social role of inflation. Inflation showed that demand was far higher than supply – putting upward pressure on prices of goods and services. So, with no increase in supply taking place, demand had to be cut back. The key social question was: Which US spending would be cut?

Many US reforms could be implemented by cutting demand and reallocating spending, thereby reducing inflationary pressures, while not reducing US living standards – indeed, these reforms would improve US economic efficiency and living standards. US military expenditure is the highest in the world – more than the military spending by the next nine countries combined. This 3.7% of US GDP spending could be reduced with no fall in US living standards.

Equally, in 2020, US expenditure on health care reached 19.7% of GDP – almost one-fifth of its economy. But the US private health care system is very inefficient. The US spends a higher proportion on health care as a share of its economy than any other economy in the world, but the US life expectancy is only 77 years, compared to an average of 83 years in other high-income economies. The cost of private health care system in the US comprises a higher proportion of the country’s economy for its citizens to live around six years less than comparable countries.

But reducing US military expenditure, or rationalizing health care, would go against the vested interests of arms manufacturers and Big Pharma in the US, respectively. Reducing US military spending would force a lessening of its aggressive overseas military policy. Rationalizing US health care would entail a move toward a public health care system as more successfully used by other countries and would cut profits of big private health care corporations. The US government’s vested interests in supporting arms manufacturers and Big Pharma means that no such actions will be taken.

But if no measures are taken against these vested interests, then the only alternative way to reduce spending is to cut working-class living standards. This is what happens during inflation. As John Maynard Keynes explained, it is much easier to cut real wages by high inflation than by directly reducing money wages – it is a partially concealed cut and workers cannot negotiate with their employers over inflation levels.

The medium-and long-term inflation is destabilizing and must be controlled – normally in capitalism this is achieved through recession. But short-term inflation is a powerful tool to reduce real wages which is what is happening.

The average US money wages are increasing—in August they rose by 4.6%. But prices increased more rapidly – by 8.3% during the same period. US real wages therefore fell, as they have every month since April 2021. In August 2022, US real weekly earnings were 3.4% lower than a year previously.

John Ross is a senior fellow at Chongyang Institute for Financial Studies, Renmin University of China. He is also a member of the international No Cold War campaign organizing committee. His writing on the Chinese and U.S. economies and geopolitics has been published widely online, and he is the author of two books published in China, Don’t Misunderstand China’s Economy and The Great Chess Game. His most recent book is China’s Great Road: Lessons for Marxist Theory and Socialist Practices (1804 Books, 2021). He was previously director of economic policy for the mayor of London.